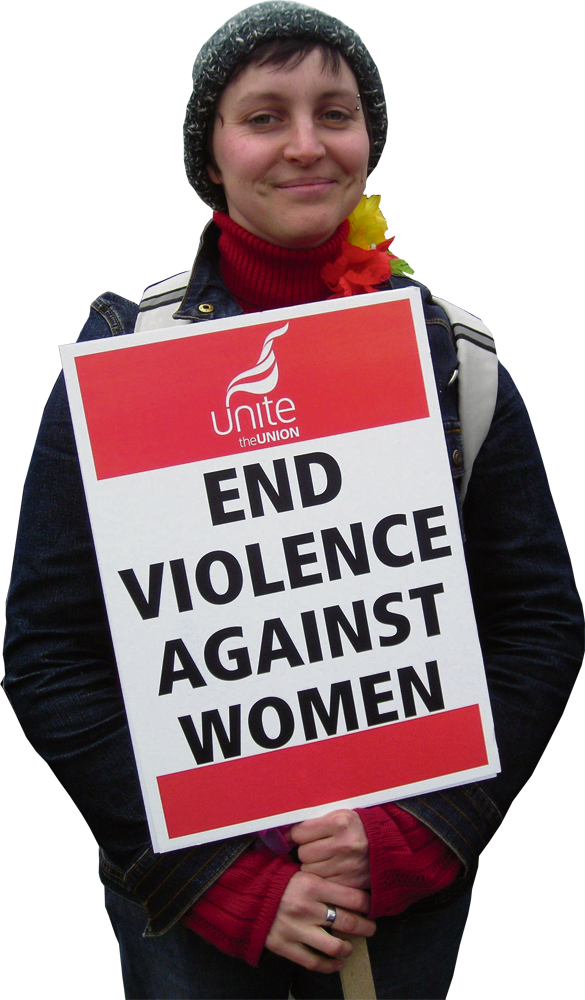 This year, the International Day for the Elimination of Violence against Women (25 November) is taking place during the UK general election campaign.

With the possibility of the election of a Corbyn-led government, this is an ideal opportunity for campaigners, socialists and domestic violence service users and staff to set out the policies that would be necessary to help women experiencing domestic violence and abuse.

Reforms have been won by the labour movement, socialists and women that have challenged oppression, inequality, sexism, domestic violence and abuse.

Yet two women a week are killed by a current or ex-partner, and many women suffer in silence.

People have had to fight for everything including the NHS, holiday, maternity and sick pay. Women’s domestic violence services were also hard fought for.

The Campaign Against Domestic Violence was launched by Militant, the forerunner of the Socialist Party, in the early 1990s and involved trade unions and other organisations.

They won important legal changes and protections for women suffering violence and abuse.

But the last decade of capitalism in crisis has threatened many hard-won reforms. Women’s refuges have lost £7 million in funding, cut by both Labour and Tory councils.

30 women’s refuges have closed, and the welfare system no longer offers a proper safety net to women trying to leave a violent partner.

Around one in ten women trying to leave a violent relationship will end up sleeping rough before finding accommodation, and about 46% of women sofa-surf while waiting for a place in a refuge.

Due to the lack of support and housing for women leaving a violent relationship just fewer than one in ten women will end up returning to a violent partner because of having nowhere else to go.

Workers’ rights have also been under attack from successive governments. The rise of zero-hour contracts and precarious working conditions can leave all workers feeling vulnerable in the workplace, especially women who need adjustments because of trying to leave a violent partner.

In addition, low pay, precarious and inadequate hours and attacks on benefits undermine the ability of women to be financially independent, a vital issue for women looking to leave violent and abusive relationships.

86% of cuts to the welfare system have come out of women’s pockets. Cuts to social and childcare have pushed these responsibilities back onto women and their families.

The hated Universal Credit has pushed many into debt and hardship. Combining benefit payments into one per household can give total financial control to abusive partners.

Many Tories and their rich and powerful backers may no longer feel able to express blatant sexism. Theresa May even called herself a feminist.

But austerity and a system in crisis is responsible for the cuts in services that have so cruelly impacted on women.

May’s Domestic Violence Bill came weeks before she left office after years of cuts, leading to the closure of refuges, the front line of support for women leaving violent relationships

Socialists, services users and staff should use this general election to outline what is really needed to defend women’s rights and their lives. A programme for women suffering domestic violence and abuse must campaign on more than expanding the limited number of refuges and beds

Ultimately though, we don’t just want services which support women fleeing violent relationships; we want a socialist society which drastically changes women’s position and brings about an end to sexism, inequality and oppression.

Here are some important points to highlight in the general election campaign:

Rights at work and economic independence