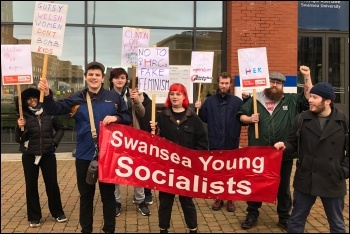 After arriving via a back door, to avoid the embarrassment of the ‘welcome’ she received from our protest in 2017, Clinton’s time was spent on watered-down pleasantries about ‘equality’.

The protests grabbed students’ attention and our placards and banners were shared on social media throughout the day. Several students joined our protest and are keen to help organise on campus. 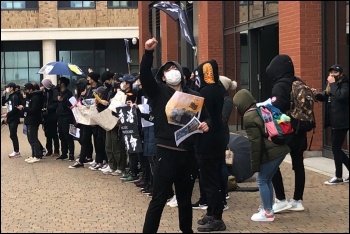 And we were not alone in protesting that day. Pro-democracy protesters from Hong Kong gave out flyers detailing the realities of life under the Chinese Communist Party-backed regime, chanting “free Hong Kong!” 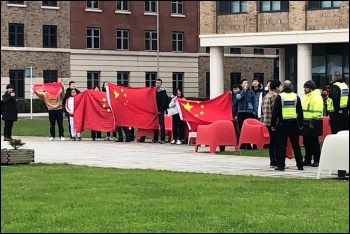