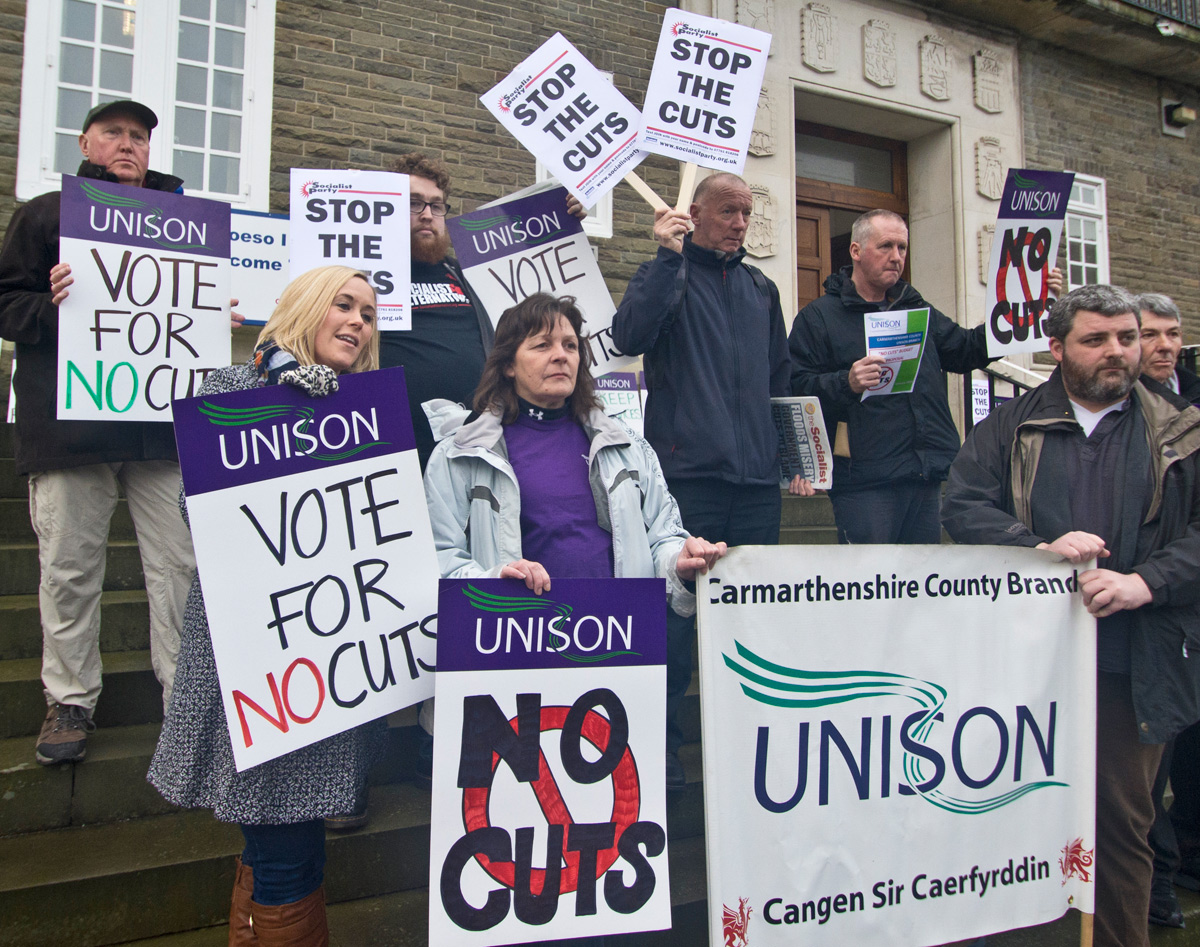 Trade unionists in Carmarthenshire lobbying the council for a no-cuts budget in 2014, photo Scott Jones   (Click to enlarge: opens in new window)

We called on them to stop acting in the interests of the super-rich by implementing the devastating Tory cuts.

A prominent Plaid executive member told Unison members that Plaid didn’t want to make cuts. He pointed the finger at the Tories in Westminster and the Labour-led Welsh Assembly.

But he forgot to mention that until recently, Plaid Cymru has voted for the budget cuts of the Labour-led Welsh government.

It’s true that cuts originate with the Tory government and are passed on by the Welsh Labour government. But they have not mounted any campaign to oppose either!

Neither the Welsh Assembly, nor local councils, have taken any responsibility for practically stopping the cuts and mobilising for the needed funds.

Little wonder that over 20% of local government jobs in Carmarthenshire, and Wales as a whole, have gone.

Carmarthenshire Unison has a proud record of fighting cuts. We have produced no-cuts budget plans that we have urged Plaid and the previous Labour administration to implement.

We lobbied Plaid councillors, calling on them to stop wringing their hands and stand up for council services by using reserves and borrowing powers.

This would win big support and buy the council time to build a campaign of resistance, calling on trade unions, the local community and other councils for support.

We need a Corbyn-led government that ends austerity and reimburses councils for all the cuts. But in the meantime, with both Labour and the Tories promising more spending, there is no excuse for any council to make more cuts.