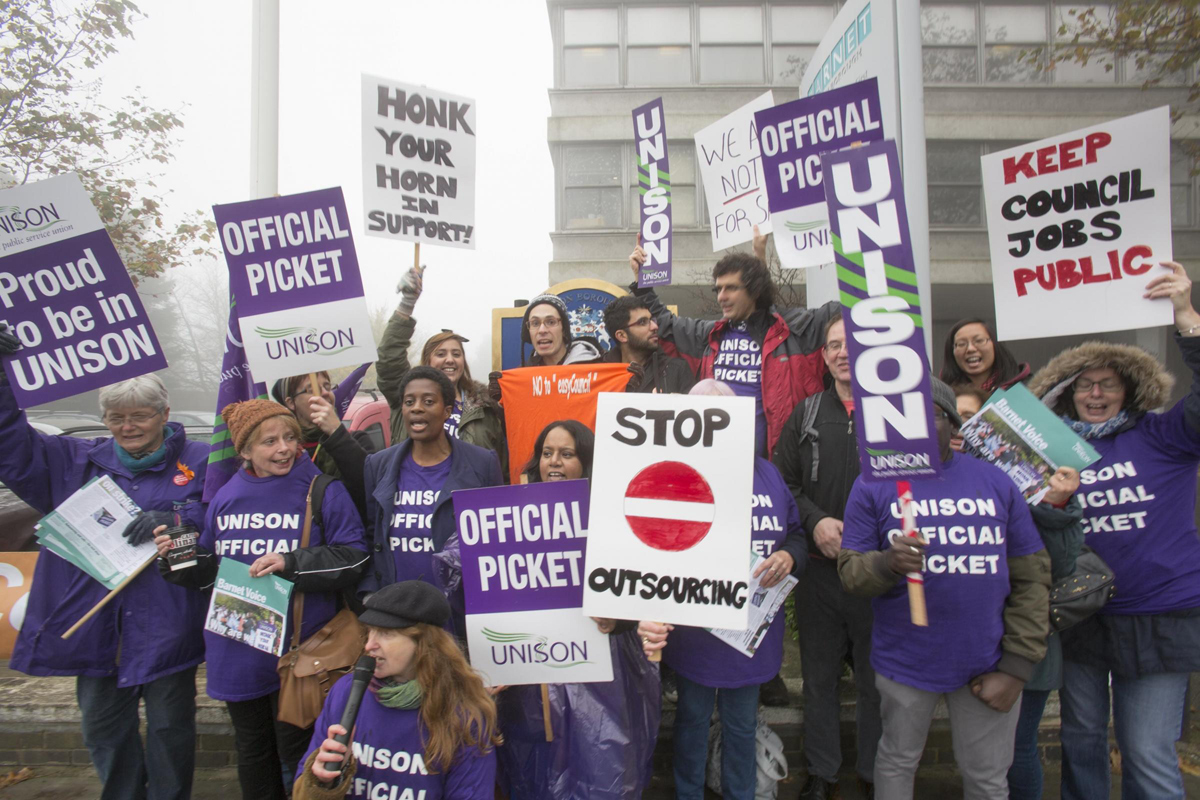 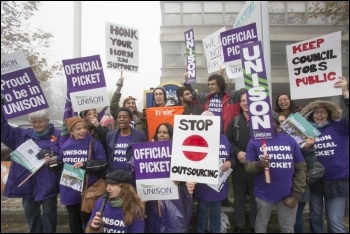 Combined with the hated ‘Bedroom Tax’, benefit cuts through the introduction of Universal Credit, along with a chronic housing shortage, rising market and ‘social’ rents, increasing homelessness, and over one million using food banks, and so on, working-class communities have been thrown back to the poverty levels associated with the 1930s. This cost of living crisis is stoking enormous anger.

Scandalously many of the biggest councils carrying out most of the cuts are Labour controlled, led by right-wing opponents of Jeremy Corbyn. This vast bureaucracy of Blairite councillors – many of whom campaigned for Corbyn’s removal in 2016 – are dutifully carrying out the Tories’ dirty work.

Jeremy Corbyn’s promise of an end to austerity has the potential to enthuse millions as the election in 2017 showed. He has made positive announcements about restoring council funding to schools, social care and youth services – amounting to £25 billion additional money. He has announced an intention to restart council house building – a good beginning of 100,000 a year by 2024. And an extra £1.1 billion funding to tackle homelessness.

They will certainly be welcomed by many. But how much more so if he was to come out clearly and say, “Enough is enough. Stop the cuts. Use your reserves and borrowing powers. We will reimburse you on 13 December.” Action speaks louder than words.

The current policy of council workers’ unions – Unison, Unite and GMB – is to oppose cuts and campaign for councils to use reserves and borrowing powers to protect jobs and services as the means to fight for full government funding. That policy needs to be urgently put into action.

Even if Corbyn gains a majority of MPs in the election based on support for his anti-austerity manifesto, the Blairite MPs will be part of the capitalists’ campaign that seeks to block a radical Corbyn manifesto going through parliament, and will undoubtedly be assisted by Blairite councillors.

The Socialist Party has repeatedly outlined the need for the ‘Corbyn insurgency’ to take on the historical task of transforming Labour into a mass workers’ party. Measures needed include: replacing the Blairites with fighting socialist MPs and councillors, restoring the party’s federal, democratic structures, placing the trade unions at the centre of the party, and readmitting all expelled socialists, including the Socialist Party.

It is clear that the task of replacing these ‘pink Tory’ cutters with fighting, socialist councillors is still to be done. That task cannot be put off forever, events will demand it.

In the meantime, while the Socialist Party gives its support to a Corbyn-led anti-austerity government carrying out policies in the interest of working people, where Blairite Labour councillors continue to cut, we will continue to ensure there are anti-cuts candidates in local council elections, fighting for the ‘Liverpool road’ (see below), to ensure the services are there to meet the needs of our communities.

Resistance to cuts at a local level has been widespread. The fight to save libraries, children’s and youth centres, swimming pools, and care homes, has been endless.

As the initial round of cuts were imposed a small but heroic number of councillors refused to vote for cuts in Southampton, Hull, Warrington and Leicester. And with the help of the Socialist Party and the Trade Unionist and Socialist Coalition (TUSC – an anti-cuts electoral alliance established by the RMT transport union and the Socialist Party in 2010), these rebels called for ‘no cuts’ budgets.

If council union leaders had mobilised their huge ‘army’ of members in national strike action, council cuts could have been halted.

These struggles, especially in Birmingham against a right-wing Blairite council, exposed the need for a different approach. Unite assistant general secretary Howard Beckett got significant support for his criticism of Birmingham Blairite councillors when he told them: “If you act like Tories, we’ll treat you like Tories.”

By calling for an immediate freeze on council cuts, Corbyn would distinguish himself from these ‘pink Tories’ and mark a decisive turning point in the election. 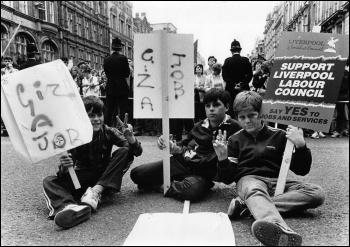 Corbyn must take the ‘Liverpool road’

In the 1980s a major battle took place against the Thatcher governments’ attack on local council spending. While a united campaign of over 20 Labour councils mobilised to oppose cuts, it was the Militant-led Liverpool Labour council (Militant was the forerunner of the Socialist Party) that showed the road needed for victory.

With the backing of a mighty mass movement of council workers, including strike action, their trade unions and working-class communities – mobilised through the then democratic structures of the Labour Party – it refused to carry out Thatcher’s cuts.

This fighting strategy remains the only way to end the decade of austerity. Labour currently controls over 120 councils with a combined spending greater than 16 EU countries’ government budgets!

If Corbyn was to mobilise this force under the banner – “Stop council cuts now!” – it would demonstrate to millions of workers, in deeds not just words, that he is determined to end austerity.