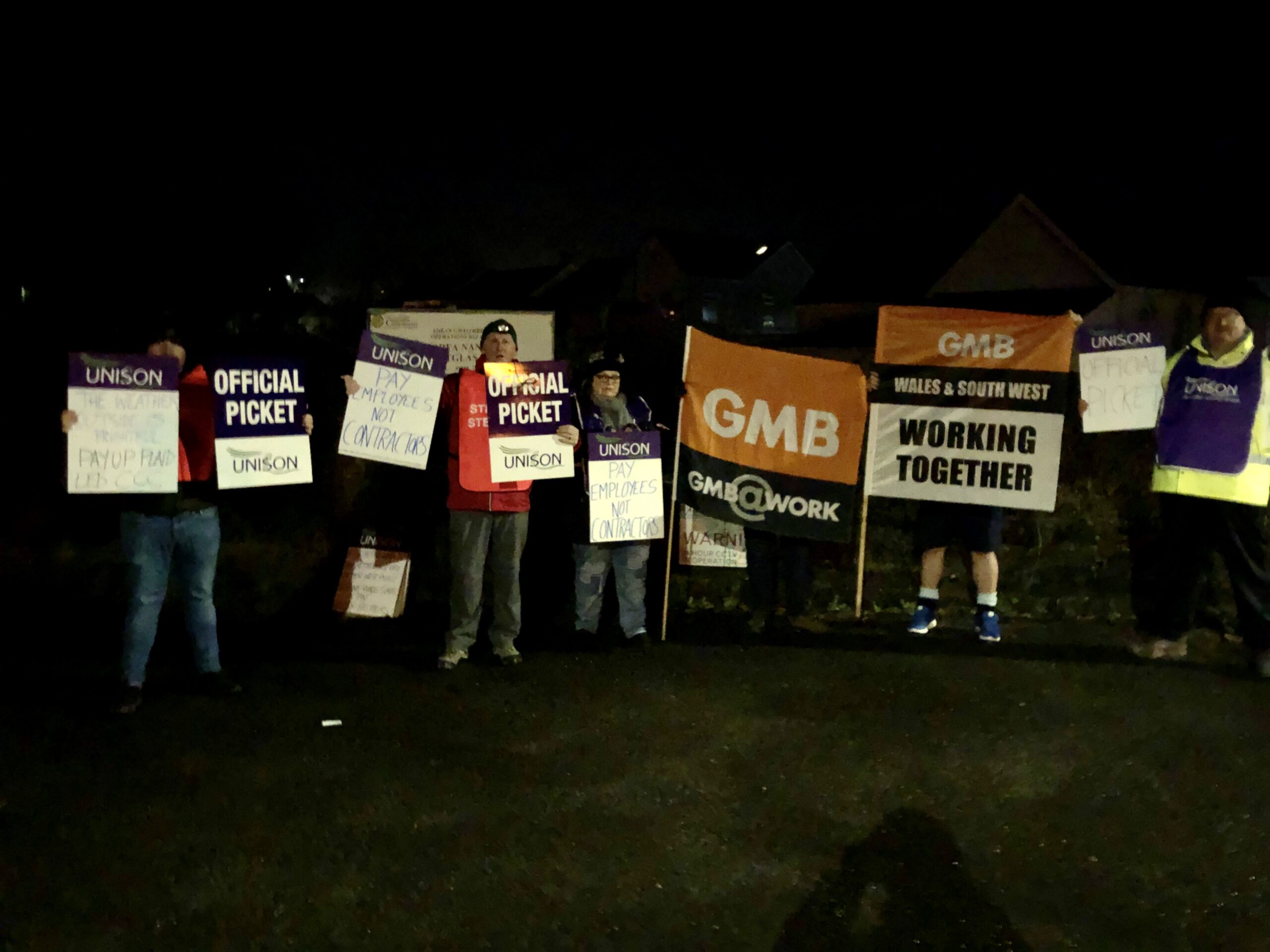 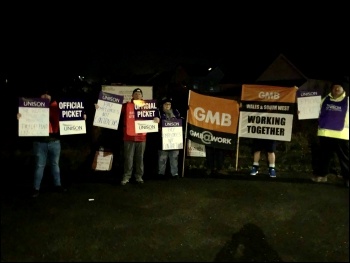 Plaid Cymru-led Carmarthenshire County has backed down in the face of determined industrial action by winter gritters. One of the placards produced by the workers’ Unison branch for the picket lines summed it up when it said: “Dashing through the snow, with a 1,000k to go. Don’t you think it fitting, we are paid for winter gritting”.

Originally the employer, when talks started, wanted winter gritting to be contractual and employees only paid their hourly rate. The latest offer made by management on 19 December after two days of strike action offers a substantial retainer and meets virtually all our members’ demands.

We can’t give further details until our members get it first. Despite Plaid Cymru councillors’ claims to the contrary the industrial action organised by GMB and Unison unions and supported by Unite was the result of the council making an insulting ‘final offer’ – ending the talks and refusing to go to conciliation service Acas. As a result all three unions balloted our members and all three passed the threshold with Unison hitting 100% in favour of strike action and action short of strike action.

When the council became aware of the ballot results another final offer of a £105 a week retainer was made. This was not sufficient to prevent industrial action although we did agree to conciliation talks at Acas.

The pickets that were organised at all four council depots in Carmarthenshire were well attended (about a third of the workforce turned out) in atrocious weather. Intimidation from management didn’t work and the employer was forced to make another ‘final offer’ at the talks before making yet another improved offer and conceding to most of our demands.

We think our members will vote to accept this offer and it is down to their action that the council has capitulated. Also very important was that all three unions, GMB, Unison and Unite worked together to win this important victory.