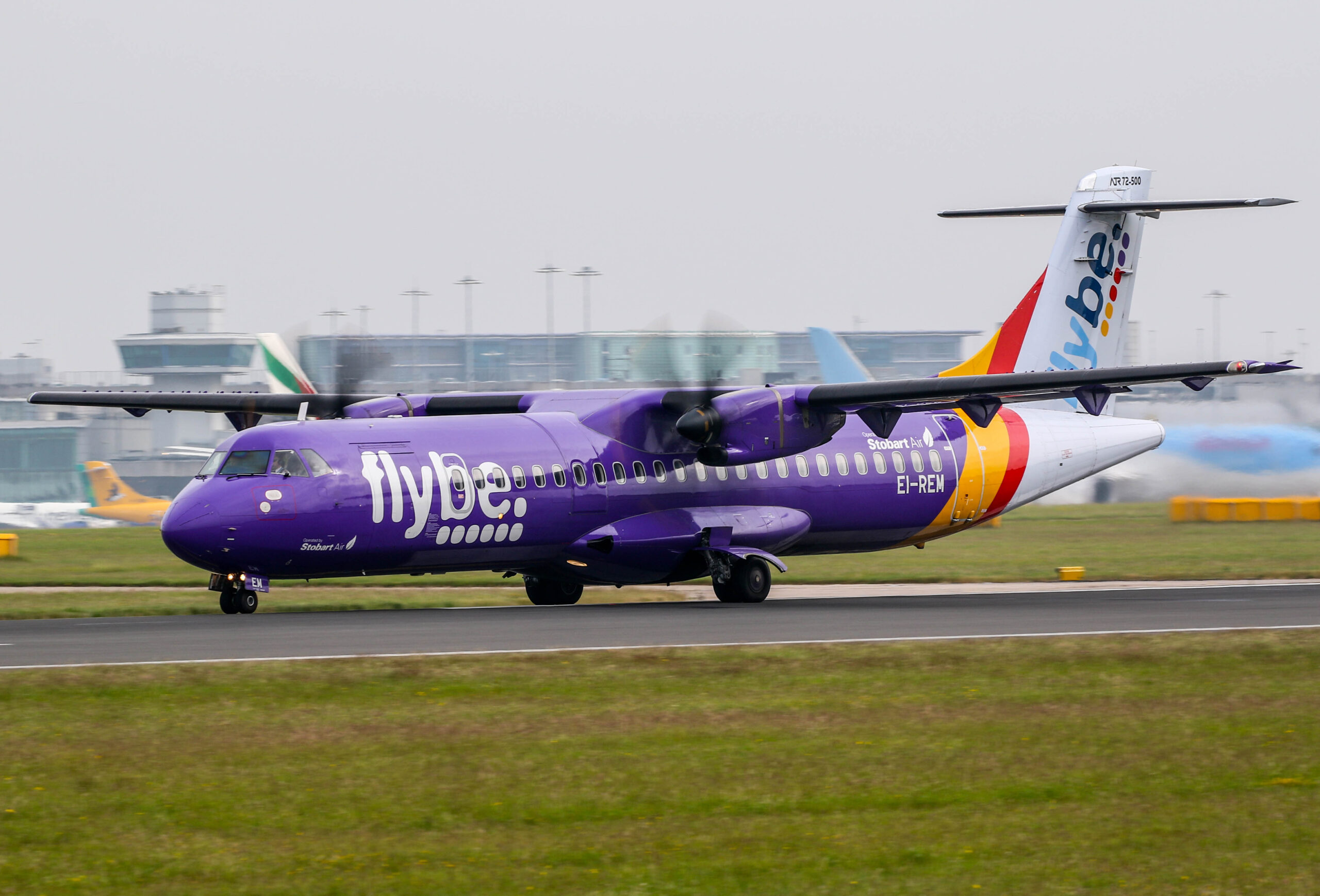 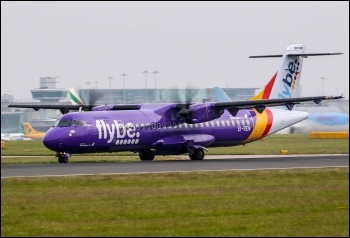 Troubled Airline Flybe – which provides domestic flights in the UK – has been saved for now. The airline connects about eight million passengers a year from airports in the UK’s major cities to isolated communities in the Channel Islands, Isle of Man, Cornwall and also Europe.

He said it was “not for government” to step in and save companies that run into trouble.

But government stepping in and nationalising Flybe and other companies to save jobs and services is exactly what it should be doing! And the government should ignore the EU’s state aid rules to do so.

Boris has claimed that, in his opinion, Brexit means the UK won’t be bound by the anti-nationalisation rules anymore. So let’s get nationalisation done!

The reality is that Boris doesn’t want to leave his big business mates who own Flybe out of pocket. Flybe is owned by Virgin and its consortium partners Stobart Air, plus US investment firm Cyrus Capital.

Flybe should be taken out of the hands of the profit makers who can’t be trusted with our jobs and services – and government subsidies which some routes receive! It should be run under democratic workers’ control and management as part of an integrated, expanded transport system including affordable rail services – a democratically planned system that could save jobs, connections to remote areas of the UK as well as reducing carbon emissions.