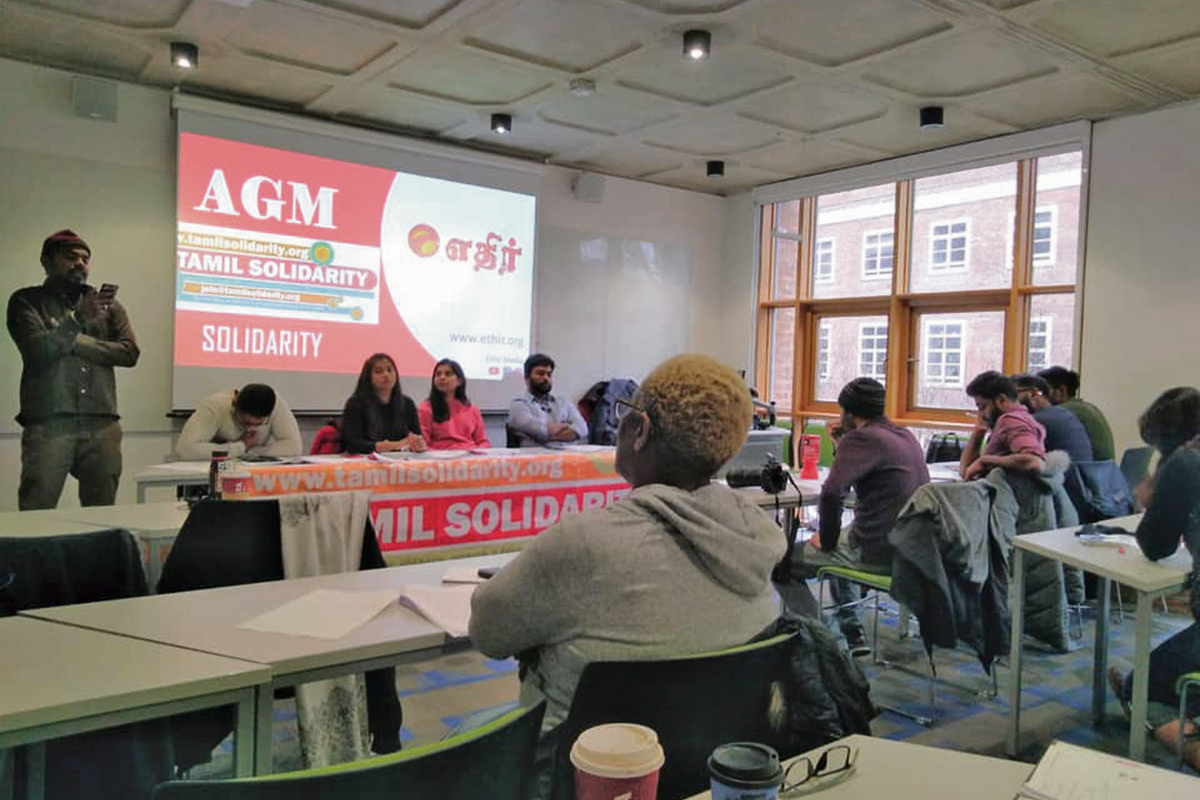 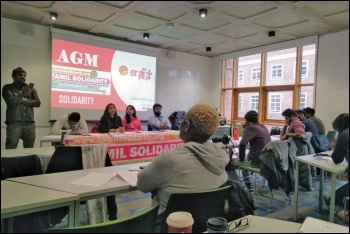 The meeting was chaired by Lawanya – a Socialist Party member and Tamil Solidarity organising committee member.

It is evident that young people have begun playing leading roles in the campaign, with new would-be members showing great interest in the campaign. A political discussion followed – led by Senan, another Socialist Party member.

Tamil Solidarity was not surprised by the appointment of Gotabaya Rajapaksa – head of the ministry of defence during the 2009 bloody genocide against Tamils – as president of Sri Lanka in March 2019.

Tamil Solidarity, the Socialist Party and other diaspora members protested against the racist meeting hosted by Rajapaksa’s army generals in Britain.

The meeting concluded by agreeing that this year the emphasis is to work to build a fightback against Gotabaya, linking it with the struggles in India, to develop the youth arm of Tamil Solidarity and the Refugee Rights campaign, develop the trade union team and finally invest in our own media – Ethir.