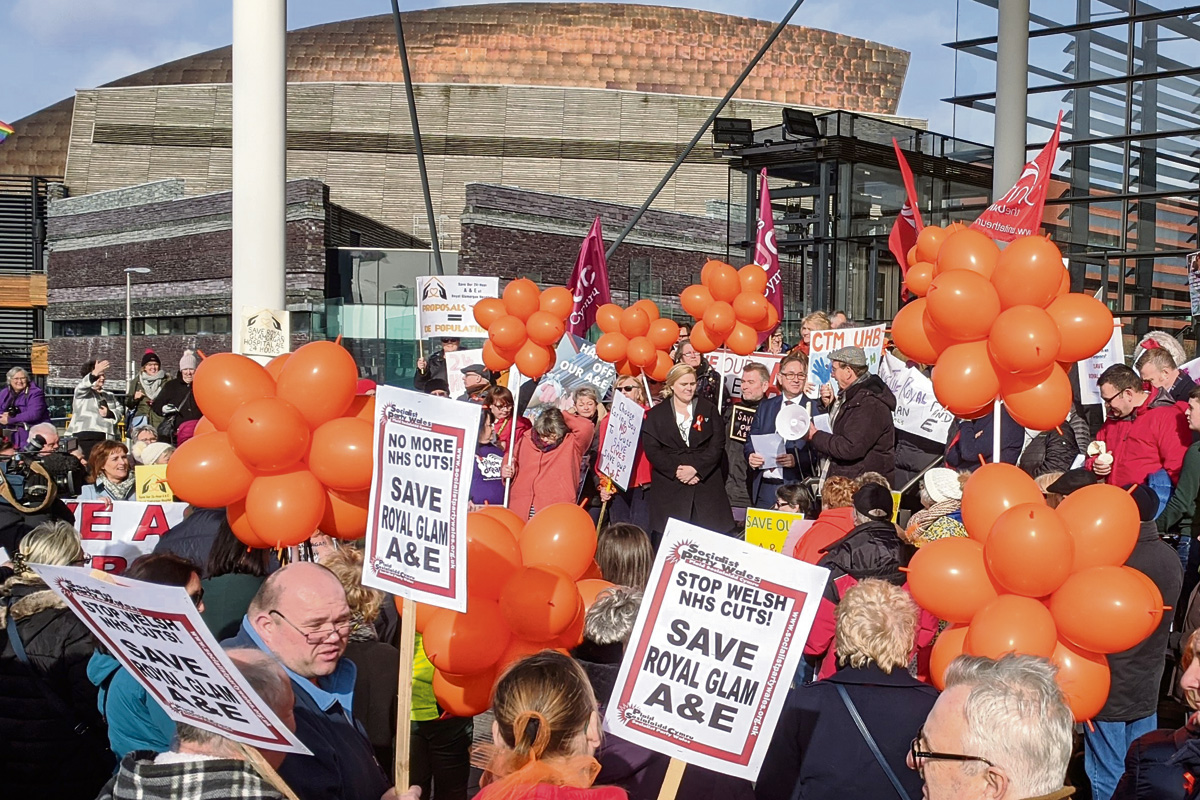 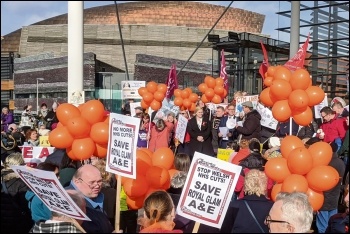 Demonstrating against the Royal Glam A&E closure outside the Welsh Assembly, 12.2.20, photo by Socialist Party Wales   (Click to enlarge: opens in new window)

The huge pressure on Cwm Taf Morgannwg Health Board to reverse its decision to close the A&E at Royal Glamorgan Hospital has intensified. The Welsh Assembly voted to keep the unit open.

Ten Labour assembly members rebelled and voted for the motion against the instructions of Welsh Labour first minister, Mark Drakeford – a humiliating defeat for the Blairite health minister, Vaughan Gething.

This large-scale rebellion was solely down to the pressure of the mass campaign that has erupted in Rhondda Cynon Taff.

Thousands of people have mobilised to defend their A&E. Over 500 people massed outside the Senedd building in a midweek lobby, on 12 February, with just a few days’ notice.

The Assembly motion is only advisory and has no binding effect on the health board. But it heaps even greater pressure on the health board executives, who have claimed that there is no option but to close the unit because the sole permanent consultant is retiring in March. A new ad for the post has suddenly appeared.

Campaigners are demanding that the A&E should be kept open using locum consultants until sufficient permanent consultants are in place.

The health board should make it clear that the unit is permanently safe, to help guarantee the job of any new consultants.

And the Welsh government must rip up the South Wales Programme that promised to close the A&E.

The motion passed at the Assembly was an amendment from a Labour assembly member to a Tory motion. The fact that the Tories can pose as defenders of the NHS, against a Welsh Labour government, shows just how far the Labour government has sunk.

It also is a warning to the labour movement that unless a left alternative is posed to Welsh Labour’s austerity policies, then the Tories pose a real threat even in the working-class heartlands of the central valleys.

If Welsh Labour is not pulled back from its disastrous policy of cutting Welsh public services on behalf of the Tories in Westminster, then a new socialist alternative based on the working class will be needed for the elections next year when the Assembly becomes the Welsh Parliament.