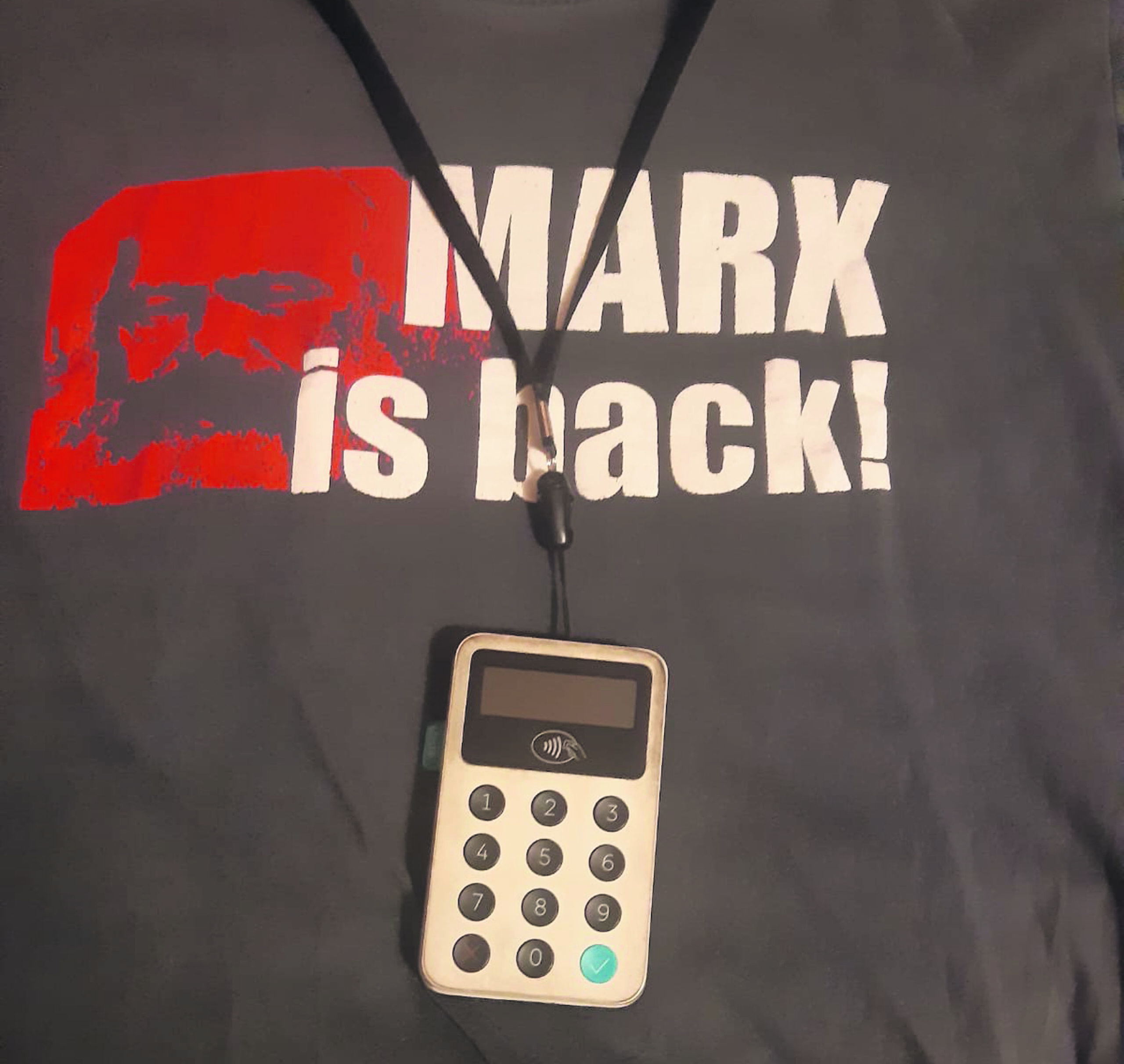 Marx is back. And this time he’s got a card reader! 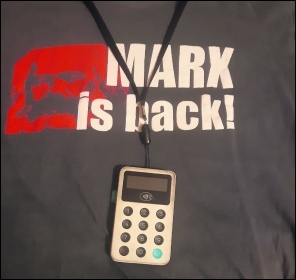 Marx is back!   (Click to enlarge: opens in new window)

If Karl Marx were alive today, I’m certain he’d have a card reader.

One of the best ways to build the Socialist Party is for people to buy our publications and read what we say.

But this approach has become a little harder with the amount of people who no longer use cash. To overcome this problem I purchased a card reader for £18 in September 2018.

The purchase of that card reader has made a very significant increase in the amount of copies of the Socialist we sell and the fighting fund raised for the Socialist Party too.

Not all of this is from sales of the Socialist. And not all are my sales.

The Socialist Party uses it when we’re campaigning in Waltham Forest. Other members often send people over to me to make a payment – to buy the Socialist or make a donation.

Some of the £1,111 is also room money or socialist book sales. But that just shows how valuable the card reader is.

Since the start of January this year, I’ve sold 142 copies of the Socialist, 60 of those on the card reader.

Martin also told us about the response the Socialist Party got on our latest campaign stall:

Waltham Forest: People are no longer ashamed to say they are poor – and being made poorer by the greedy landlords

We appealed to young people to step forward and sign our petition for rent control and council housing. A 19 year old stopped and said to me:

“I work in a hotel in Waterloo. It takes me an hour to get to work.

“I spend ten hours a day working and travelling. I don’t want to have to move out and have to travel further and far longer just to find somewhere cheaper to live.”

I asked if he would like to join our fight for rent control and council housing and he said: “yes what can I do?”

I said you can start by speaking into our microphone and telling everyone what you just told me. And to my surprise, he did. That took courage. I could never have done that at his age.

I left home at his age. I did it because wages as a factory worker allowed me to. And there was also lots of council housing. But that’s all changed.

We use our open mic to let workers tell us about the crap they have to deal with.

The Socialist Party was overwhelmed, with people telling us they are being driven further into poverty and signing our petition. A number of people said they were glad we were there.

They cannot afford the rent. It seems people are no longer afraid or ashamed to tell us they are poor and being made poorer by the greedy landlords. 22 of them bought a copy of the Socialist.

Housing is an explosive issue. In the words of our open mic speaker “this has to end”.

Basingstoke: NHS – Workers are angry they’ve been lied to

Our campaign stall was very busy with lots of debate on 22 February. There’s a lot of anger about the hospital that was promised by our Tory MP Maria Miller before the election. Now we can read in our local paper that was all a lie.

Basingstoke Council is cutting £5 million from services, which have already been decimated by ten years of cuts.

Two libraries will close. Council tax is going up.

We are campaigning to stop the cuts and organising a public meeting on Wednesday 18 March.