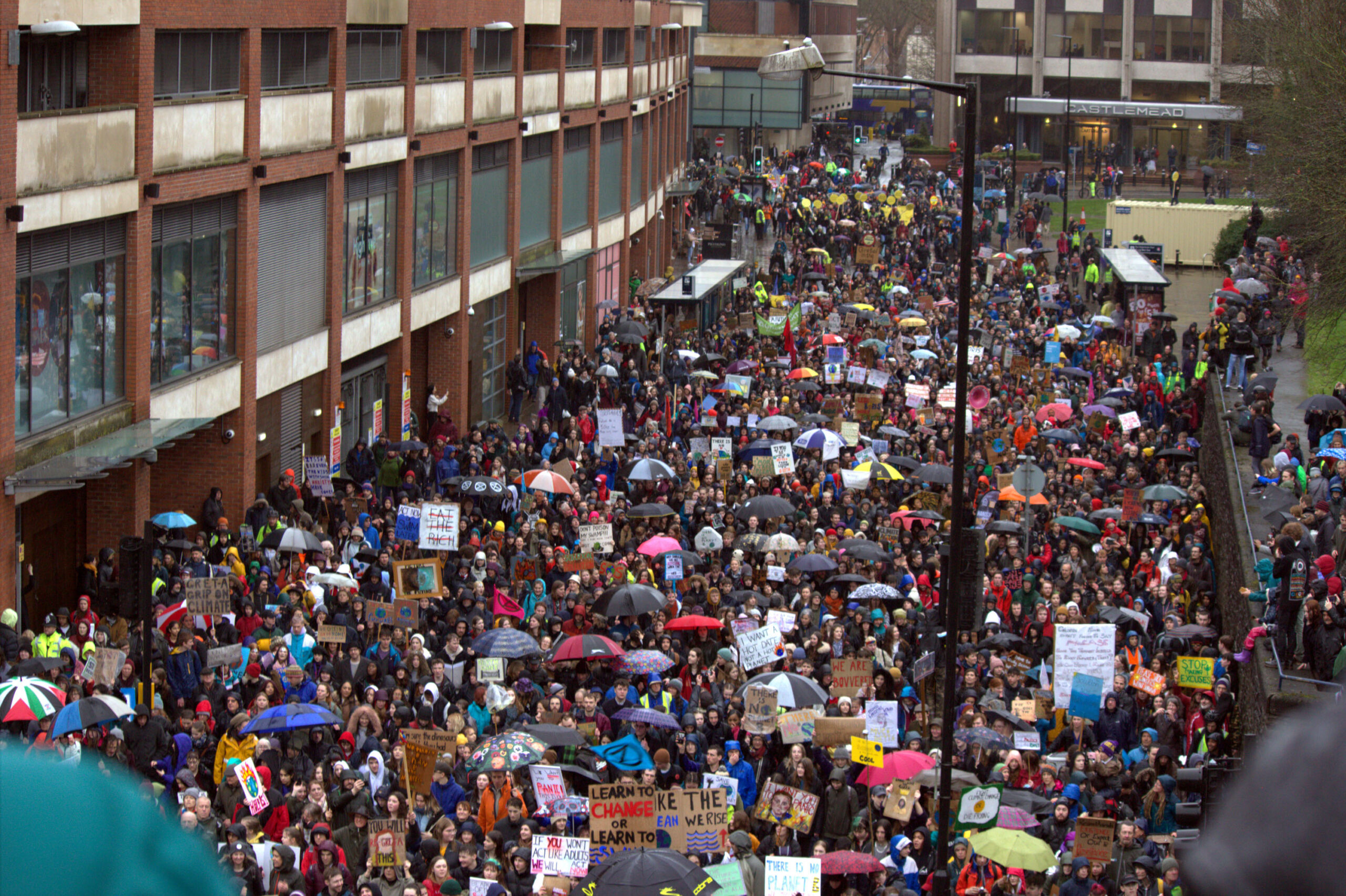 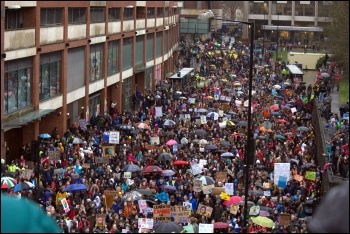 The weather was torrential rain. But this did not stop 30,000 demonstrators turning out to hear Greta Thunberg address a Bristol climate strike rally, the only place she was going to be speaking publicly on this visit to Britain.

“This emergency is being completely ignored by the politicians, the media and those in power. Basically, nothing is being done to halt this crisis, despite all the beautiful words and promises from our elected officials.

“We are the change, and change is coming whether you like it or not. 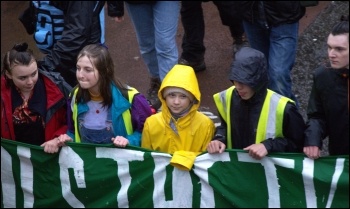 We discussed with the young protesters how the current capitalist system has brought about the climate crisis by putting profit before people and the planet. At the very start, an eager young person wanted to buy a copy of the Socialist and learn more about our ideas. He said that in his bag he had a copy of the Communist Manifesto.

Greta only spoke for a short time and restricted her message to putting pressure on elected politicians to do more to resolve the climate crisis. The Socialist Party is on these demos to promote socialist ideas in the generation who will take the struggle forward.