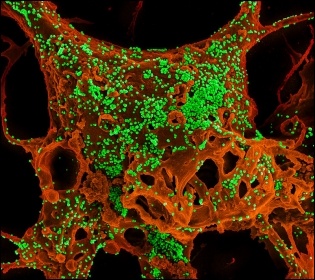 Nine weeks after the first Covid-19 coronavirus patient was identified in Wuhan it had spread to 98 countries.

This is much faster than the 2003 Sars coronavirus outbreak, which eventually spread to 37 countries. However, so far Covid-19 is less lethal in relative terms, killing 1-2% of those who catch it - compared to nearly 10% for Sars.

Covid-19's rapid spread is because China is much bigger in the global economy than in 2003. Many workers, students and tourists now travel within China, and between China and other countries.

No single country can tackle an outbreak like this alone. International cooperation is vital to control virus spread and to research, test and manufacture treatments and vaccines.

There have been many previous attempts at international cooperation to deal with global pandemics. They often failed due to capitalists' competing interests.

Six cholera pandemics during the 19th century spread from India across the world (over several years rather than a few weeks). In response, delegates from 12 countries attended the first International Sanitary Conference in 1851.

The first International Sanitary Convention was not signed until 1892. It aimed to create a "semi-permeable" border between East and West "open for commercial enterprises but closed for microbes and other suspicious elements."

Similarly, the World Health Organisation in 1951 declared the need to "ensure the maximum security against the international spread of disease with the minimum interference with world traffic."

After the 2006 H5N1 bird flu outbreak, the European Union developed plans for a central stockpile of anti-viral drugs for rapid distribution according to need in the event of a future pandemic. But the plan failed - the various national health ministers wouldn't agree.

Now France and Germany have banned the export of masks and gloves, with other EU countries expected to follow suit. In a crisis, the capitalist EU quickly becomes just a set of competing nation-states, each reflecting the interests of its own capitalist class.

The Indian government is limiting the export of dozens of medicines and 26 chemicals used by the pharmaceutical industry worldwide. India is one of the world's largest drug manufacturers, but sources 70% of its ingredients from Chinese factories, many of which have been shut down during the crisis.

Other countries are also rushing to limit medical exports in the crisis, but risk paralysing production of those same products due to the globalised economy.

It could take 18 months to discover, test and manufacture vaccines and treatments. Viruses rapidly change, so research and development is always needed.

The world's pharmaceutical industry needs to be under public ownership so resources can be democratically planned, without curtailment by short-term profit interests. Treatments and vaccination must be made available to everyone who needs them, not only those who can afford to pay.

Small numbers of cases identified so far in Africa, Indonesia and other countries may be due to fewer tests done by less developed health systems.

There are half a million African migrants in China, often with limited access to local health services. Refugees from wars, poverty and violence in the Middle East, Africa and Latin America are also at high risk of uncontrolled Covid-19 outbreaks, with no health care.