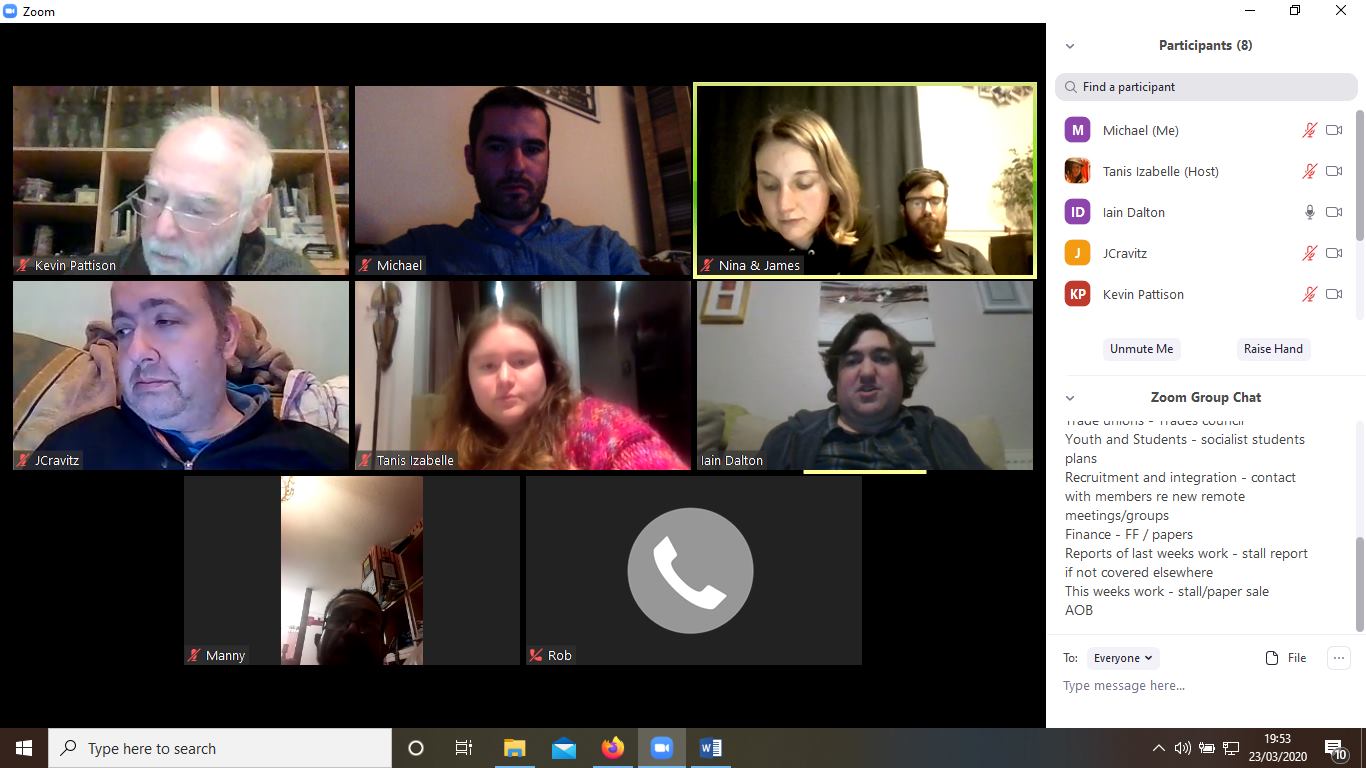 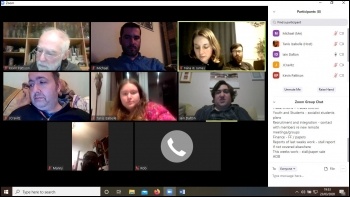 But much more importantly, it was full of working-class fighters – underground, buses, education, housing, and more, plus trade union organisers, experienced socialists, and a number of new people.

West London: Instead of rooms, we are paying for Zooms

We are meeting virtually, but still have costs. Instead of paying for rooms we are paying for Zooms!

We are producing the Socialist Party Workers’ Charter and the Socialist newspaper – these say what we need to fight for and how workers can get organised.

So I’ve started a room money jar to pay into (see above). If you have read our newspaper or our website and want to help us keep doing going during the coronavirus crisis, visit socialistparty.org.uk/donate.

25 members at the Socialist Party branch meeting on 9 April – an interesting discussion on the global economic situation. We had an update on the trade union response to the virus, and reports of workers taking action.

The financial appeal garnered £820. And the people there raised their membership subs by £77, which will be valuable to keep our party going and our messages being heard.

A new member joined the weekend before, and more want to do the same in this difficult period.

North East: We are the working class

Thirty attended, including NHS workers, carers, retail, construction, and IT. A number are shop stewards in their workplaces.

Five people have just joined the Socialist Party. Our Socialist Party members are leading struggles now on health and safety issues in the workplaces and preparing for future battles.

I came away from my Socialist Party branch feeling infinitely more positive and inspired by everyone in attendance. I’m so glad we have the technology to be able to continue meeting and building throughout this crisis. Forward to socialism!

Nottingham Socialist Party had 51 at our Zoom public meeting on 6 April.

We had a very good Socialist Party meeting – some really helpful discussion on workplace issues in these crazy coronavirus times.