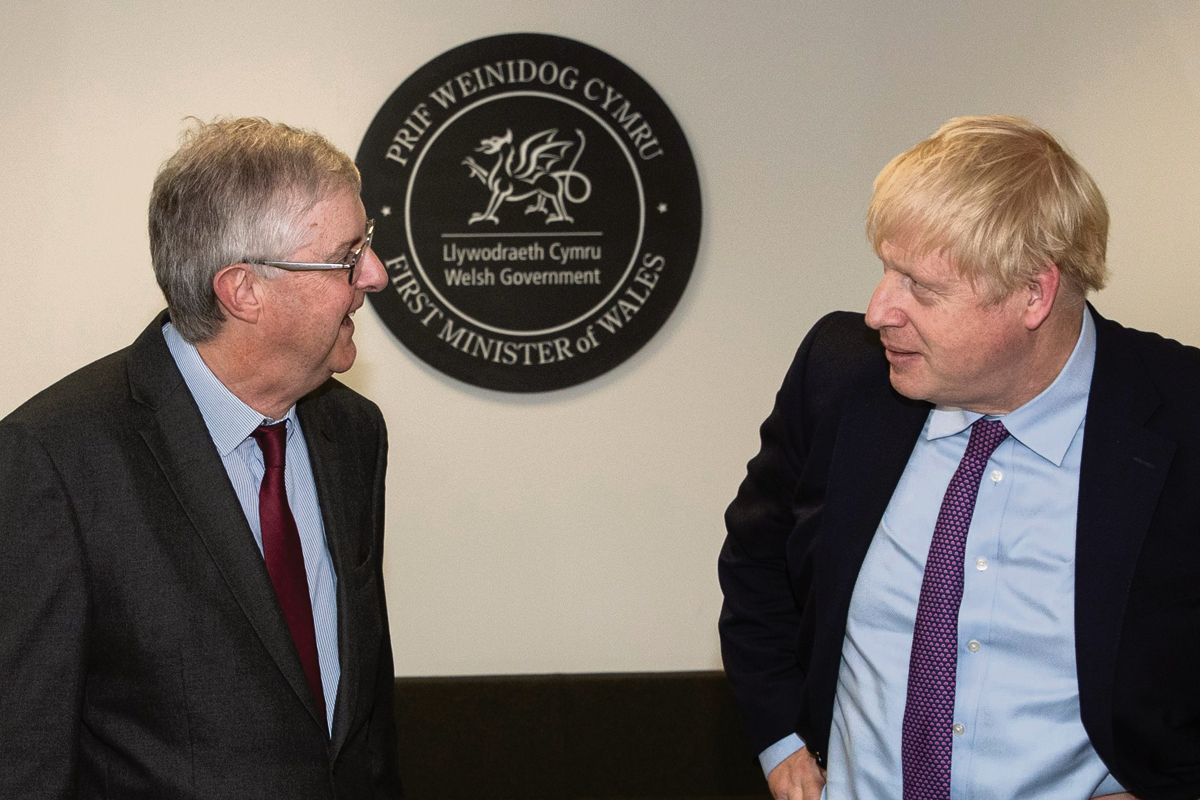 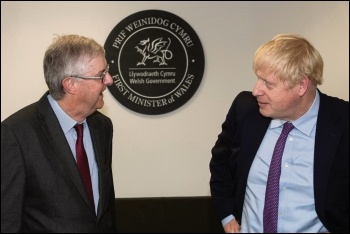 Mark Drakeford’s Welsh Labour government has made much of the “four nations approach” to tackling the Covid-19 crisis, claiming to plot a different course to the Tory Westminster government. But the reality is that the Welsh government has been more like a small boat being pulled in the wake of an ocean liner. And in the case of the Johnson government, the liner resembles The Titanic.

Initially, the Welsh government implemented the same disastrous policy as the UK government, abandoning testing, and relying on ‘herd immunity’ to develop (which, if continued, would have led to 10,000 Covid-19 deaths in Wales) and then followed the Johnson government in drawing back from it. The result is that so far there have been 2,300 excess deaths in the pandemic in Wales, one of the highest rates in the world.

It is true that the Welsh government has been more cautious in lifting some lockdown restrictions than the UK government, but there the differences end. Wales has had the same testing failures, the same PPE fiasco, the same catastrophic neglect of care homes as England. And in attempting to return all school pupils back to class on 29 June it is actually endangering people more than Boris Johnson’s failed attempts in England.

Kirsty Williams, the education minister, announced that all school pupils will return for at least one day a week at the end of this month, and the school summer term will be extended by a week. This would mean that many teachers would be in contact with 150 school students a week – in contact with 150 families in effect – even if each class is smaller than normal.

The government is trying to impose this ill-thought-out plan with no consultation with the trade unions about the change, and no explanation as to how the teachers and other education workers’ contracts would be ripped up. Williams attacked the teaching unions when they had the temerity to point at that her plans risked the lives of pupils, parents and teachers. So much for the ‘social partnership’ approach claimed by the Welsh government.

They have closed or downgraded dozens of hospitals and centralised services in just a few ‘super-hospitals’. It was trying to force through the closure of the A&E at Royal Glamorgan Hospital just as the pandemic hit.

Welsh Labour denies that reduced spending is responsible for these cuts – it says that the governments have centralised and cut resources for clinical reasons. But the reality is that Welsh Labour has cut the suit of the NHS to match the cloth of Tory UK spending levels.

Instead, Socialist Party Wales has called for the Welsh government to refuse to carry out spending cuts on the Tories’ behalf, and organise a national protest led by the trade unions to force the UK government to return the money stolen from Welsh services.

The most significant change in Welsh politics in recent years has been the eroding of support for Welsh Labour in its traditional heartland seats in the South Wales valleys and the ‘red wall’ in North Wales.

In an opinion poll in April, the Tories had a lead over Labour for Senedd (Welsh parliament) elections of between 6-8%. If there had been a Welsh Parliament election then, the Tories would have won the most seats in the Senedd. Undoubtedly some of that was a knock-on from the ‘rally-to-the-flag’ effect as the Johnson government confronted the Covid-19 crisis.

A mass workers’ party, if it existed, could channel this dissatisfaction in a socialist direction. As well as vigorously defending the interests of the working class against the onslaught of both coronavirus and the economic crisis to follow, it could explain how a lasting solution will only be possible by fighting for socialism.