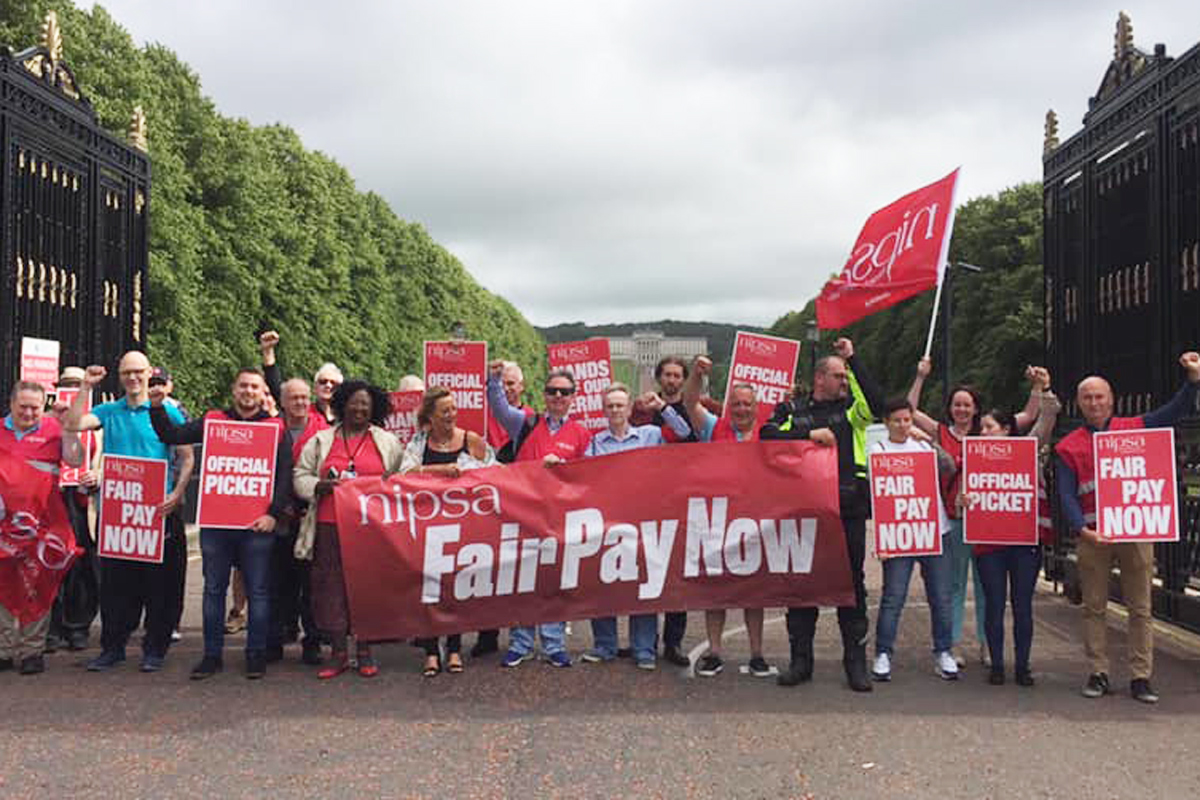 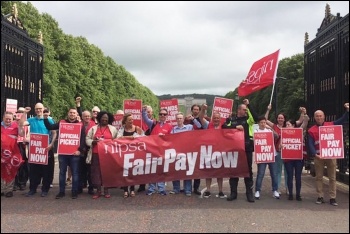 The coronavirus pandemic hit Northern Ireland at the very same time as the political parties in the Assembly (Stormont) were re-establishing a power-sharing Executive for the first time in over three years.

A major contributory factor to that political development was the victory of the Conservative party in the general election, which settled the status of the Brexit deal – a major cause of division between the parties.

But another factor was the huge growing public revulsion at political parties on either side of the historical nationalist/unionist community divide, which are responsible for an extended political stalemate at a time of mounting economic and social challenges.

A new crisis at Stormont has broken out following the attendance of Deputy First Minister Michelle O’Neill at the funeral of a well-known Republican, Bobby Storey.

First Minister and DUP leader, Arlene Foster, called for O’Neill to stand down while an investigation is made into whether she and other Sinn Féin leaders broke coronavirus social distancing guidelines during the funeral.

O’Neill is adamant she stuck to the rules. While the Stormont Executive is unlikely to fall over this latest clash, it goes to show how shaky it remains.

The strike of tens of thousands of public sector workers in the health and civil service over low pay and staff shortages was decisive in forcing the hand of the politicians.

The hope of the parties for an extended ‘honeymoon’ after concluding a power-sharing deal was dashed as the divisions between the parties reopened over issues as varied as whether to follow the lead of Dublin or London in the lockdown, the deployment of the British army in distributing PPE, and conflicting attempts to source PPE by procurement in conjunction with Dublin or London.

While the politicians flailed around in the face of the crisis – the forward momentum of the trade unions continued, especially during the initial stage of lockdown.

Workers organised to force shutdowns and furlough agreements, unofficial walkouts forced meatpacking companies to provide basic infection controls, and in the public sector, legal action was threatened to ensure the provision of PPE in health and social care settings.

However, as the weeks wore on, a demobilisation of the working class increasingly took its toll. Many workers were absent from workplaces and dependent on employer-sanctioned furlough arrangements which only provided 80% of their wage.

Trade union democracy was put on ice by officials from above as a means to affect a class truce between workers and bosses (see below). At the same time, companies increasingly sought to use the pandemic as an excuse to bring forward redundancies and attacks on wages and terms and conditions of employment.

Even the more proactive and ostensibly ‘left’ trade union leaderships sought to reduce workers’ struggle through securing con-cessions on infection controls and state bailouts for private businesses via partnership-type arrangements with the Stormont government.

As the Tory government in London and the caretaker government in Dublin both rapidly executed their ‘reemergence’, pressure grew on the laggard Assembly Executive for similar moves.

The pressure was foremost exhibited through threats and actual job losses – in aviation, aerospace, retail and hospitality in particular.

The militancy which formed around the Black Lives Matter movement was driven by young people – many of who were forced out of jobs in the first weeks of the pandemic shutdown.

Tens of thousands of young workers on zero-hour contracts suddenly had no hours and no comeback with their bosses. Agency workers were no longer required. Temporary and permanent workers with less than a year’s service were seen as fair game as they had no redundancy rights either.

When the mobilisation of Black Lives Matter arrived a new generation fed up of racism, and also sectarianism, came out onto the streets, and showed their opposition. But in the hours before major mobilisations in Belfast and Derry, the Stormont Executive passed legislation giving police powers to impose fines on those attending protests of over six.

All shades of the political establishment were a party to this move – which effectively limited the right to free assembly. At the same time, the Executive’s Health Department announced plans to give itself special Covid powers to close health and social care services without any formal consultation.

This can only be interpreted as a power grab to better deliver a programme of closures and privatisation, which has been delayed as a result of grassroots and trade union campaigns for over a decade.

The threats posed to Northern Ireland’s economy are stark. The aviation sector is under huge pressure. Flybe, the mainstay of Belfast City Airport, collapsed – casting a shadow over that airport’s future. Hundreds of jobs have been lost in the other major airport, Belfast International, with cutbacks by Easyjet and Jet2.

The hugely significant aerospace and defence industry has already suffered major layoffs and remains under huge threat as the sector faced a potentially permanent global contraction.

The other two pillars of the economy, agriculture/food and pharmaceuticals, are hugely exposed to any adverse headwinds from Brexit. Should a hard border between Northern Ireland and the Irish Republic reemerge in the context of a breakdown in trade negotiations between London and Brussels – an increasingly likely prospect – they too will face tremendous pressures.

Northern Ireland’s economy faces a period of grave instability. Like everywhere else in this global downturn, there is an ever-growing ‘reserve army of labour’. The likelihood is, if the trade union movement does not take the lead in a fightback over jobs and living standards, then workers will struggle to avoid a sharp downturn in conditions.

Covid will be used by employers to further depress workers’ conditions and the neoliberal establishment will push forward with attempts to cut back on the vestigial public services.

Running contrary to that is the growing numbers of workers turning to the trade unions – in part a new generation but also new sectors of the workforce. It seems likely that this will result in widening and deepening struggle in trade unions between militant workers and a conservative officialdom.

What seems even more likely, is that demands for nationalisation of industries will reinvigorate the demand for socialist politics which transcends the divisions which have marked previous politics.

While it represents a colossal challenge, Covid has accelerated underlying trends in society, opening open the door to working-class politics which can prepare the way to build a mass party of workers with a socialist programme to challenge capitalism.

The Northern Ireland Public Service Alliance (Nipsa) the largest trade union in the north of Ireland, had a strong reputation as a democratic union. But the recent actions of its ruling body, the General Council (GC), has deeply damaged that reputation.

Nipsa postponed its 2020 Annual Delegate Conference following the outbreak of the Covid-19 pandemic. In the absence of a conference, the union began a direct ballot of its 160-plus branches who elect the union officers – President, Vice-President, Treasurer, and various committees.

The election process was due to close on 10 June. But before the election could run its course, 14 members of the so-called Independent Group on the 25-member GC used their majority to cancel the election and appoint their own people as top officers.

They used the spurious excuse that this was necessary because Nipsa branches have stopped functioning due to Covid-19, and members could not be consulted.

This blatant gerrymandering of the elections is a direct challenge to the union’s 44,000 membership. Already branches are in an uproar. Every branch of the union should be calling upon the GC majority to respect democratic rights and hold real elections.