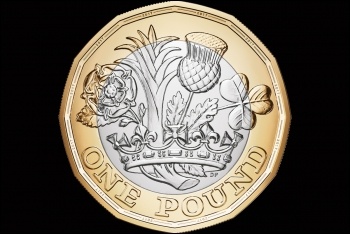 How does buying from black businesses help the majority of black workers who don't own one? photo by Sir Magnus Fluffbrains/CC   (Click to enlarge)

The response of Haringey's 'Corbynista' council in north London to the mass Black Lives Matter movement has been to promote 'Black Pound Day'. This is when the Labour authority asks residents to shop at a black-owned business.

We are told that in this way we will "uplift black-owned enterprises and foster economic independence and empowerment in the black community."

The council leadership explains: "We take the view that supporting the Black Lives Matter movement is not just about keeping black people alive, but is also about improving the lives that black people live."

But the council's support of these businesses was not even made conditional on their staff being unionised, or paying the London Living Wage.

Subsidies linked to mandatory trade union pay levels and conditions, regardless of race, would be better. And what would be most effective in improving the lives of far more black people is creating well-paid, secure jobs. And bringing the council's outsourced contractors back in-house and onto the London Living Wage. And improving the housing conditions on estates the council controls.

Instead, asking residents to buy from black-owned businesses is a tokenistic gesture. It costs the council nothing, and does not bring it into conflict with the Tory government or the profiteers who deliver many of the council's privatised services.

Meanwhile, most workers have to make decisions about where to shop based on what they can afford, not who owns it - and black workers are more likely to be low-paid.

The Black Lives Matter movement has brought hundreds of thousands of working-class youth onto the streets, demanding an end to oppression and a fundamental change in society.

Haringey's Black Pound Day initiative seems more like an attempt to divert the movement into 'safe' channels for capitalism - rather than proposing socialist policies for jobs, homes and services for all, and united working-class action to win them.

Labour councillors around the country have a record of trying to build a social base on local businesses, landlords and so on. This approach does nothing to improve the lives of the working-class majority, black or white.

The enthusiastic response to the Socialist Party's ideas on the powerful Black Lives Matter demonstrations shows the hunger for a real, working-class alternative.

If Labour councillors are not prepared to lead a fight for working-class interests, including no-cuts budgets and socialist policies, they should stand aside for trade union and community-campaigner candidates who are.