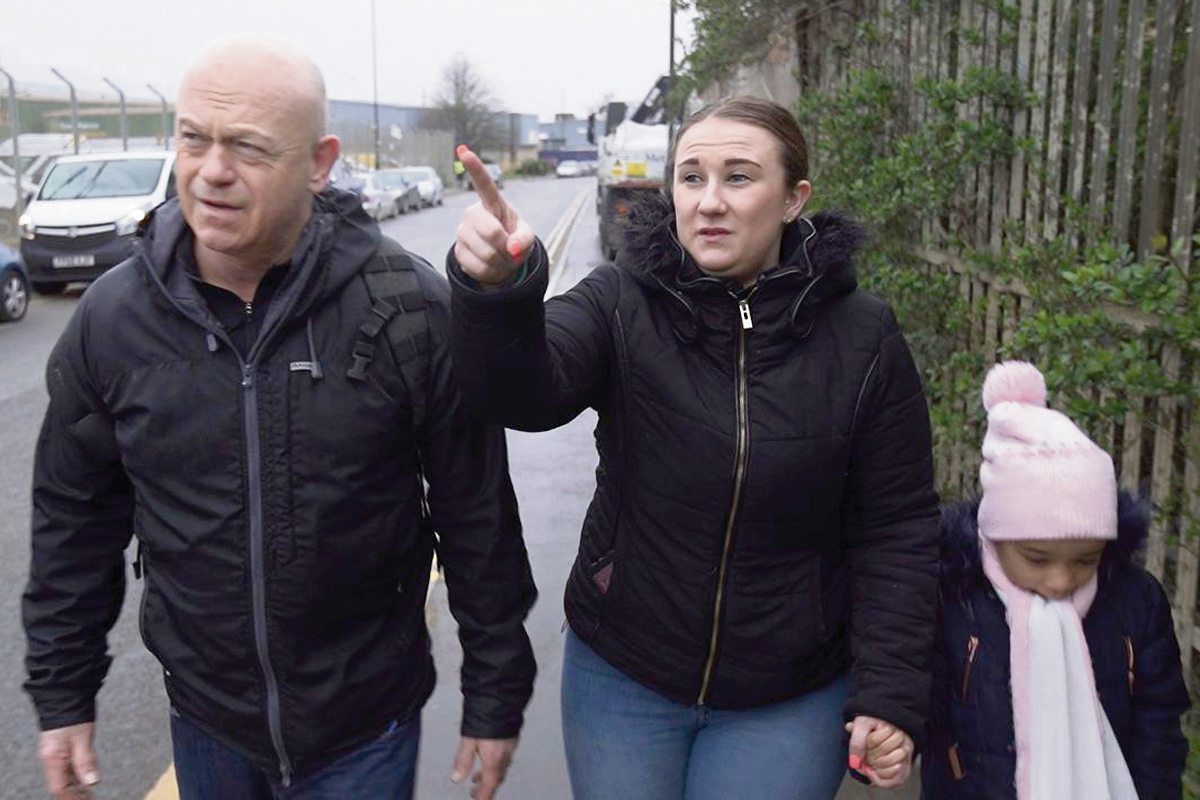 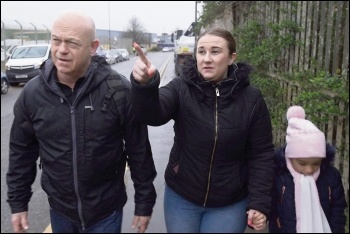 Ross Kemp with a forced-out single mum, ITV’s ‘Living with Forced Out Families’   (Click to enlarge: opens in new window)

Part of a series directed and presented by Ross Kemp, ‘Living With Forced Out Families’ is a programme about homeless people faced with leaving their local area in order to put a roof over their head – hence ‘forced out’.

It’s in the middle of a working industrial estate, surrounded by main roads with no shops nearby, never mind schools or parks.

Jade was moved there by Tower Hamlets (Labour) council as she was homeless. We see the effect both of Tower Hamlets council’s failure to build council housing, and the reality of ‘permitted development rights’.

Converted flats don’t have to comply with space standards, and many are tiny, with no parking spaces. Some don’t even have windows!

We have one such ‘human warehouse’ in my home town of Basildon, where offices above the defunct BHS shop in the town centre are now ‘housing’ homeless people from a London borough.

They can’t afford to travel to visit family, so are isolated and unsupported. In response to a query from the programme, Barking and Dagenham Council blandly replies that 70% of their applicants find homes within the borough – meaning that around one-third don’t!

The programme exposes how this is not happening. This means that ‘host’ boroughs can’t plan properly for school places, health and social services – even if they had the resources to do this.

In the absence of a fight from local councils for the resources needed from central government, and unfortunately there is no fight at present, this could lead to tension and resentment against ‘outsiders’.

Don’t expect any answers from the programme. It is worth a watch, and Kemp manages to avoid demonising or patronising the tenants he meets – which is quite refreshing.