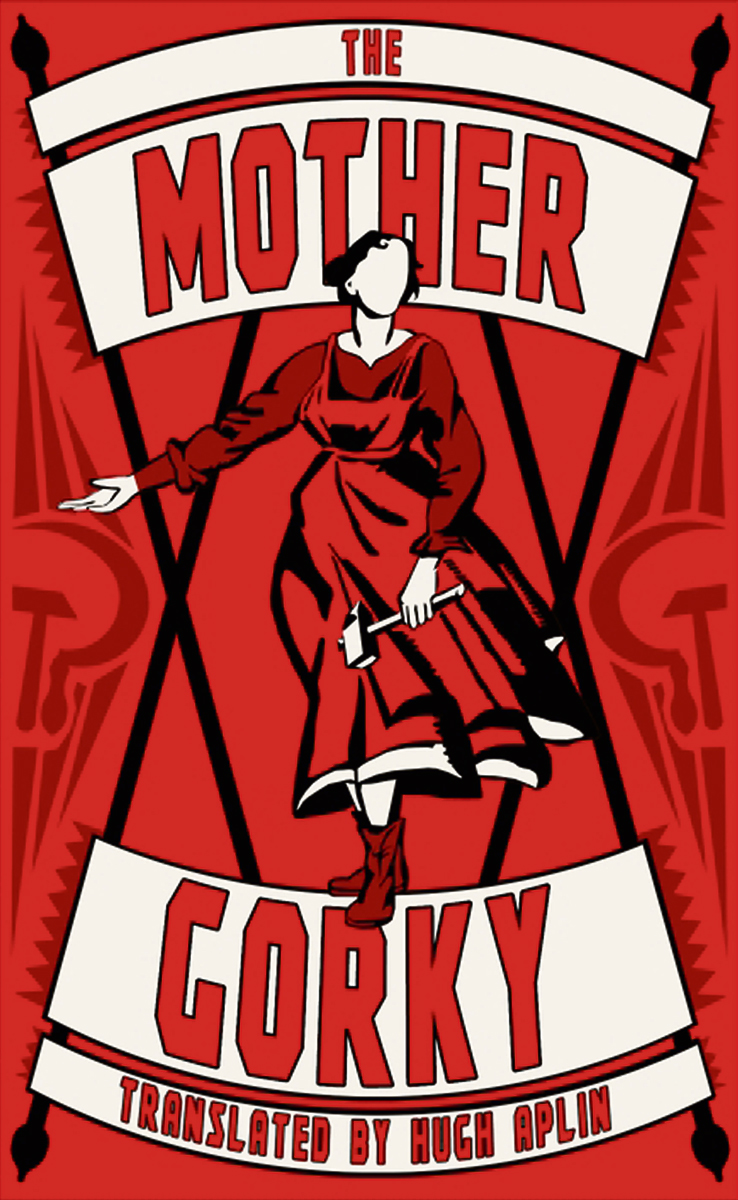 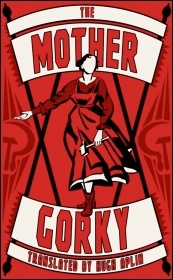 The Mother by Maxim Gorky   (Click to enlarge: opens in new window)

We’ve all got mums haven’t we? We all take them for granted, don’t we?

His challenge was to describe the significant part that women played in building the workers’ movement that led to the Russian Social Democratic Labour Party (RSDLP).

Gorky, which means ‘bitter’ in Russian, was not the writer’s real name. Born Aleksei Maksimovich Peshkov in 1868, he chose the pseudonym when he was 24 and his first story was published, to underscore the bitterness he felt at the plight of Russia’s poor.

Palageya, ‘The Mother’, watches in disbelief as her teenage son, Pavel, refuses to emulate the violent, drunken ways of her dead husband and other workers. Pavel begins to study and read books that are forbidden under the Tsarist regime.

He brings other workers from the factory and some intellectuals together in a study group at his home. His mother overhears the word socialist, which terrifies her – wasn’t it socialists who assassinated the Tsar?

Palageya is initially suspicious of her son’s new friends and feels out of her depth listening to new ideas and words that they use during their discussions. But soon she becomes part of the discussion group.

The boss at the factory announces his intention to deduct a percentage of each workers wage to clear a large swamp overgrow on the factory premises “for the sake of improving living conditions for the workers”.

This announcement, without any negotiation with the workers, and with the help of leaflets produced by the socialists, increases the growing anger in the factory. Pavel leads the workers’ agitation against the factory management and gets arrested.

Palageya returns home to find that Pavel is still in jail awaiting his trial. She says: “If our children, the dearest parts of our hearts, can give their lives and their freedom, dying without a thought for themselves, what ought I to do, a mother?”

At his trial Pavel says: “We are against the society whose interests you judges have been ordered to defend.

“We are its uncompromising enemies, and yours too, and no reconciliation between us is possible until we have won our fight.

“All of you, our masters, are more like slaves than we are. You are enslaved spiritually; we, only physically.” Pavel and his co-defendants are sentenced to deportation to Siberia.

Palageya and the socialists print Pavel’s speech. She takes bundles of the leaflets, goes to the railway station, but the police catch her.

She manages to throw the leaflets to the crowd that has gathered around and cries out: “Poverty, hunger and illness, that’s what people are given by their work.

“Everything’s against us, we’re dying all our lives, working day after day, always in dirt, always deceived, while others through our labours amuse themselves and eat their fill and keep us like dogs on a chain in ignorance – we know nothing – and in fear- we’re afraid of everything! Our life is night, a dark night.”

The police beat, choke and try to silence her. But she manages to call out: “Seas of blood won’t extinguish the truth.”