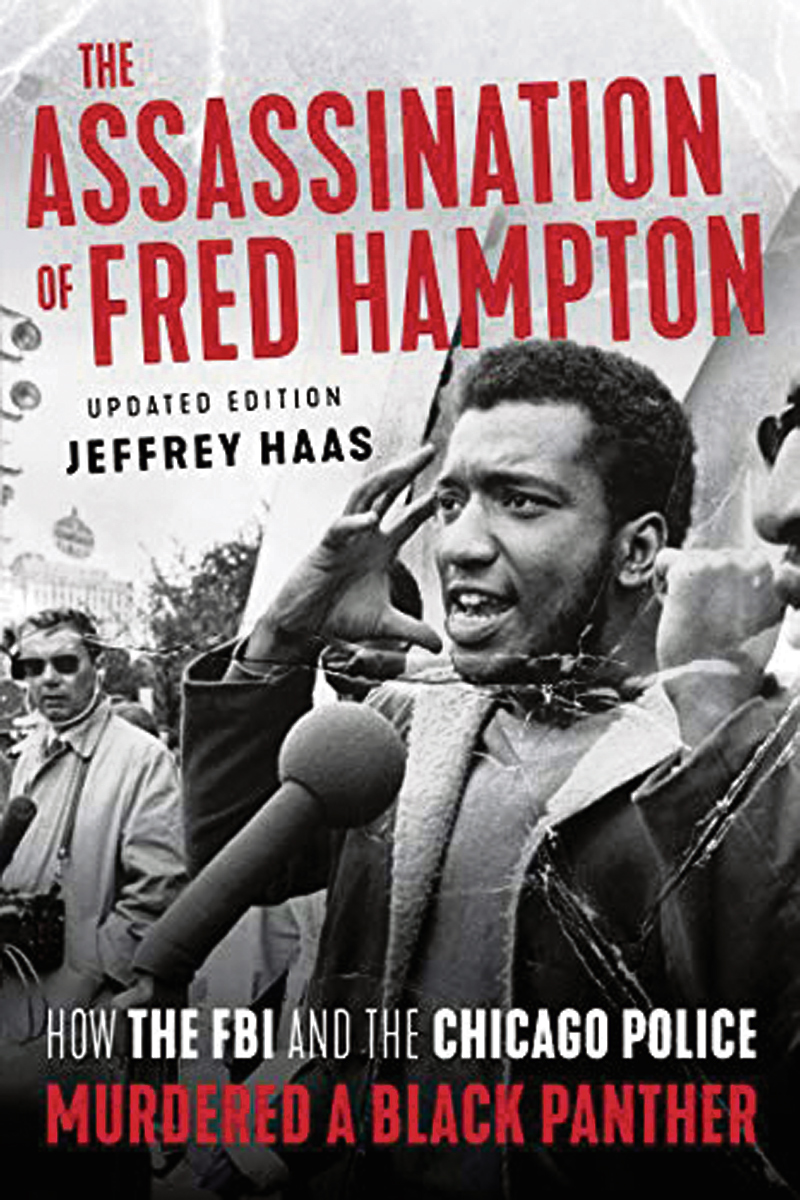 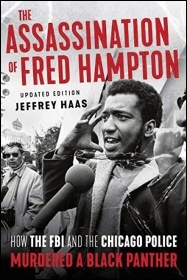 The publication last year of an updated paperback edition of the Jeffrey Hass book, ‘The Assassination of Fred Hampton’, is well timed for understanding the present BLM movement.

It is a riveting and disturbing account of Hampton’s murder in 1969 by the Chicago Police Department, in collaboration with the FBI, and the ensuing lengthy legal fight to prove that it was effectively a state-sponsored assassination.

Hampton’s short adult life was naturally influenced by the momentous social and political upheavals of the 1960s.

When he turned 18, in 1966, he refused to register for the Vietnam War draft – undoubtedly influenced by world heavyweight champion boxer Muhammad Ali’s own draft refusal when he defiantly proclaimed: “I ain’t got no quarrel with the Vietcong. No Vietcong ever called me a N*****”!

Hampton’s rallying call of class struggle and socialist revolution was echoing around the city of Chicago, the state of Illinois, and across the US.

In today’s BLM movement, Fred Hampton’s most recognisable and popular quote has inspired numerous potential revolutionary socialists, with his demand that in order to finally eradicate racism, poverty and inequality, socialist change is needed: “We’re going to fight racism not with racism but we’re going to fight with solidarity.

To those black nationalists who refused to participate with the Panthers, and who accused them of being ‘engrossed with oppressor country radicals, or white people, or honkies’, Hampton replied with an unequivocal class response: “First of all we say primarily that the priority of this struggle is class…

“It was one class, the oppressed class, versus those other classes, the oppressor. And it’s a universal fact.

Little wonder that Hampton’s principled class approach, of uniting the working class of all colours and races to overthrow the capitalist class and their system, led to the full might of the US state apparatus – the police, judiciary, governmental departments – turning their telescopic gunsights towards this dangerous Panther revolutionary.

J. Edgar Hoover, FBI director and witch-hunter general of ‘communist’ agitators, trade union militants, black activists and any other ‘enemies’ of the US capitalist state, had already compiled a ‘Key Agitator Index’.

Hampton, after his arrest for “mob action” (at a peaceful picket), was placed on the list for FBI agents to monitor closely.

Another stated objective of Hoover was to “prevent the rise of a ‘messiah’ who could unify and electrify the militant Black Nationalist movement”.

With Martin Luther King and Malcolm X already murderously dealt with, and Huey Newton and Bobby Seale in jail, the charismatic 21-year-old Hampton rose to the top of Hoover’s most wanted list!

At 4.30am on 4 December 1969, while asleep in his apartment, Fred Hampton’s life was extinguished by two police bullets to the head.

In secret collaboration with the FBI, the Chicago Police Department’s officers claimed that while they were trying to serve a search warrant, looking for weapons, they were fired upon from inside the apartment, and returned fire in self-defence.

This so-called ‘act of self-defence’ was met with anger and incredulity by Chicago’s black community, when it was revealed that the police had shot almost 100 bullets into the apartment, whereas only one bullet hole could be found exiting!

After this one-sided shootout, Hampton’s pregnant girlfriend was dragged out of their bedroom. She then described two police officers going into the bedroom, hearing one of them fire two shots, followed by “He’s good an’ dead now”.

One elderly woman paying her respect, alongside the thousands of others who toured the apartment in the days following, commented: “This was nothing but a Northern lynching”.

Hampton’s state execution was followed by years of court trials and legal disputes in which the author of this book, Jeffrey Haas, led his team of lawyers in a strenuous attempt to prove that the assassination of Hampton was planned, organised, and literally executed by the US capitalist state, to prevent a potential socialist ‘messiah’ from spreading the gospel of socialism.

The determination and tenacity of Hass, attorney Flint Taylor, and others in the People’s Law Office team, ultimately exposed the ruthless role of the state in defending their system, and is a stark warning and lesson to be learnt for today’s activists.

From corrupt judges, racist police, smug and lying prosecutors, black police informers, Democrat and Republican political lackeys, and ‘untouchable’ FBI agents, this book is not a good read if you suffer from high blood pressure!