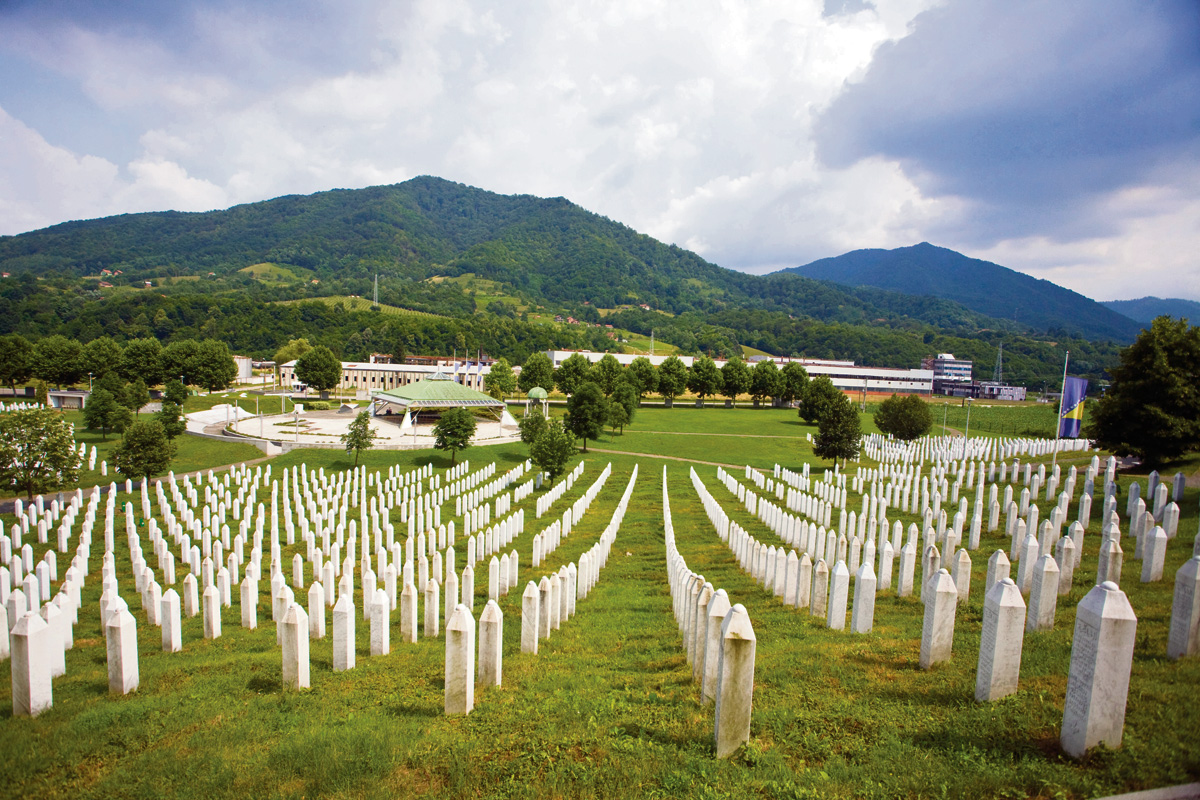 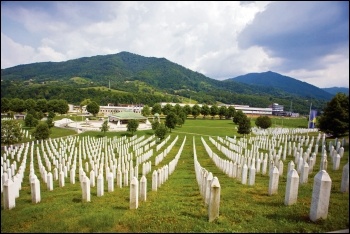 Twenty-five years ago, in July 1995, 8,000 Bosnian Muslim refugees were slaughtered in and around the Bosnian town of Srebrenica – one of the final atrocities in the 1992-95 Bosnian war.

The designation of Srebrenica as a ‘safe haven’ by the United Nations (UN) was a cruel travesty for those victims and the tens of thousands of others who were driven out of the town.

There were also many victims in the Serb and Croat populations – the largest single act of ‘ethnic cleansing’ in those years was the Croatian army brutally expelling 200,000 Croatian Serbs from the Krajina area of Croatia. Overall, 100,000 people died during the war and over two million were displaced.

That didn’t mean, however, that socialists could give any support to the military aggression of the Bosnian Muslim warlords.

The descent into war had come out of the collapse of the Yugoslavia federation – a stagnating, bureaucratically run, Stalinist regime.

Since the war, many of the families of Srebrenica, and other victims, have welcomed the conviction of over 90 people for war crimes by the UN’s International Criminal Tribunal for the former Yugoslavia (ICTY).

It was always incapable of delivering real and full justice to the victims in Bosnia, not least because it was inevitably acting in the interests of the UN’s paymasters, the world’s leading capitalist powers.

Western governments are not, of course, willing to be tried for their own interventions in the Balkans, such as the brutal Nato air assaults on Bosnian Serb areas during the Bosnian war, or the vicious 1998 Nato ‘humanitarian’ bombing of Serbia to force Serbian troops out of Kosovo.

Today, such are the increasing antagonisms and conflicting foreign policy interests between the world powers, it’s not difficult to see why international tribunals have not emerged regarding war crimes in warzones like Syria and Yemen.

Following a recent decision by the International Criminal Court (ICC) to investigate the Afghanistan war – with its many civilian deaths at US hands – and also a preceding decision to look into Israel-Palestine, Trump’s US administration has resorted to accusing the ICC of corruption and even threatened sanctions against ICC officials.

And in the Balkans, workers’ political representation needs to be built to challenge the whole agenda of ethnic and religious division promoted by the ruling classes – which is ongoing today, along with their massive enrichment.

A year ago, a wave of protest swept the region, with an article in the New York Times reporting: “From Bosnia to Serbia, and even in Albania, citizens have taken to the streets by the hundreds of thousands for months in an epidemic of discontent.

“Specific grievances vary, but all are animated by the sense that their governments are increasingly ruled by kleptocrats with authoritarian tendencies who have taken advantage of young democracies with weak checks on executive power.”

Now, a year later, protests have again broken out, with repeated demonstrations in Serbia in recent days – including an attempt to storm the parliament – against president Aleksandar Vucic’s handling of the coronavirus crisis and his government’s autocratic rule.

At the same time, on 8 July, 3,000 frontline medical workers in Bosnia’s capital Sarajevo began strike action to demand pay supplements to cover their extra work due to the coronavirus. Last autumn, a 36-day teachers’ strike took place in Croatia.

Serbia’s working class showed its potential strength when, 20 years ago, it moved into mass action, including a general strike, forcing president Slobodan Milosevic out of office.

The need now is to study all the lessons from the past: the failure of the Yugoslav planned economy due to the lack of workers’ democracy; the subsequent descent into ethnic and nationalist bloody conflict due to the weakness of the workers’ movements at that stage; and the ways in which rabid nationalism has been used by the elites to play ‘divide and rule’.

The conclusion will be that the working class must collectively develop a programme and organisations for a socialist alternative – the only way of placing capitalist wars in the dustbin of history for good.