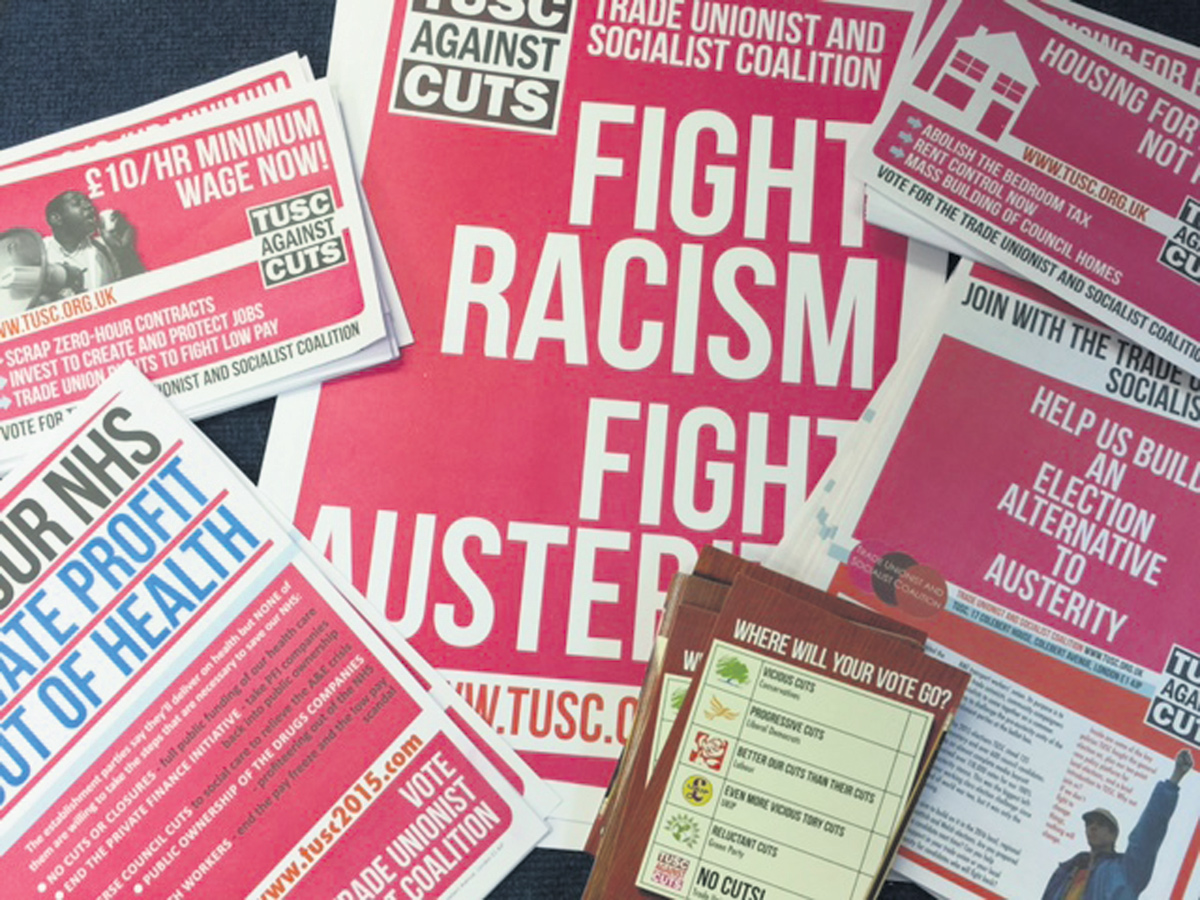 The biggest component organisation of TUSC, the RMT transport workers’ union, is considering its response.

The Socialist Party’s proposal, set out in the letter printed below, was sent at the end of June – just before Keir Starmer’s sacking of Rebecca Long-Bailey, which only confirmed the arguments made.

But events have moved on, and the Socialist Party believes that we now need to revisit the 2018 decision and be prepared to authorise candidates for next year’s contests.

TUSC’s founding goal of helping to establish mass working-class socialist political representation could potentially have been realised through the Labour Party under Jeremy Corbyn.

This would have been possible if fundamental changes to the party’s political basis and organisation inherited from Tony Blair’s New Labour had been carried through.

The vacuum of political representation is particularly acute in Scotland, where Labour continued to haemorrhage working-class support even under Corbyn’s leadership of the party at Westminster.

This will only be exacerbated by Scottish Labour’s recent confirmation that it will oppose a second independence referendum in next May’s elections.

With the Transport for London funding crisis unresolved, along with the other issues facing working-class Londoners, the case for TUSC candidates to inject the arguments for a fighting alternative into next May’s GLA elections is a powerful one.

Additionally, the elections postponed from 2020 include a number of councils in the so-called ‘Red Wall’, whose acquiescence to ten years of austerity was an important factor in the general election results in these areas.

Presenting TUSC’s clear anti-cuts alternative will be important here, even if it cannot fully fill the vacuum. And another postponed election is for the mayor of Liverpool, which TUSC has contested on the two previous occasions, winning 4,950 votes in 2016 (a 5.1% share) and both times coming in ahead of the Tories.

While the exact scope of next year’s electoral activity will need to be discussed, one thing is clear: the central function set out for TUSC at its foundation – to enable fighters in the unions and our communities, and from different socialist organisations, to combine together electorally so that pro-capitalist politicians implementing anti-working class policies are not left unchallenged at the ballot box – is once again coming into its own.

In order to properly prepare for next year’s elections, an in-principle decision on whether or not TUSC will resume authorising candidates is a necessary first step.

To this end we request that an early meeting of the TUSC national steering committee is convened – either virtually or socially distanced – to discuss our proposal. 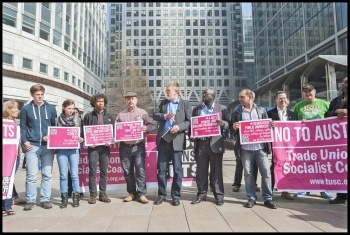 The RMT transport workers’ union has been officially represented on the TUSC steering committee since 2012.

The resolution agreed at that year’s RMT annual general meeting, which established the union’s formal participation within TUSC, supported the coalition as potentially “providing a nucleus” within the trade unions for “the hard, long-term task of rebuilding political representation for working-class people and communities”.

TUSC was never presented as being a mass electoral alternative to Blairite Labour politicians, certainly not as its finished expression, or as a substitute for the trade unions establishing a new workers’ party.

The 375,000 votes won by TUSC candidates since its foundation, in some cases forced right-wing Labour candidates to ‘look over their left shoulder’. But they have been only a modest hint of what could be achieved if even just the left-led unions took a serious lead.

TUSC’s other great strength is its federal character, with agreed core election policies, but with participating organisations, including the Socialist Party, retaining the freedom to campaign independently – a united front, marching separately but striking together at the ballot box. A number of anti-cuts rebel Labour councillors were also attracted to TUSC on this basis.

Corbyn’s unanticipated Labour leadership victory in 2015 changed the situation from the time of TUSC’s formation. But now the situation has changed again, and the question of how to push forward the struggle for working-class representation on a socialist programme is starkly posed.