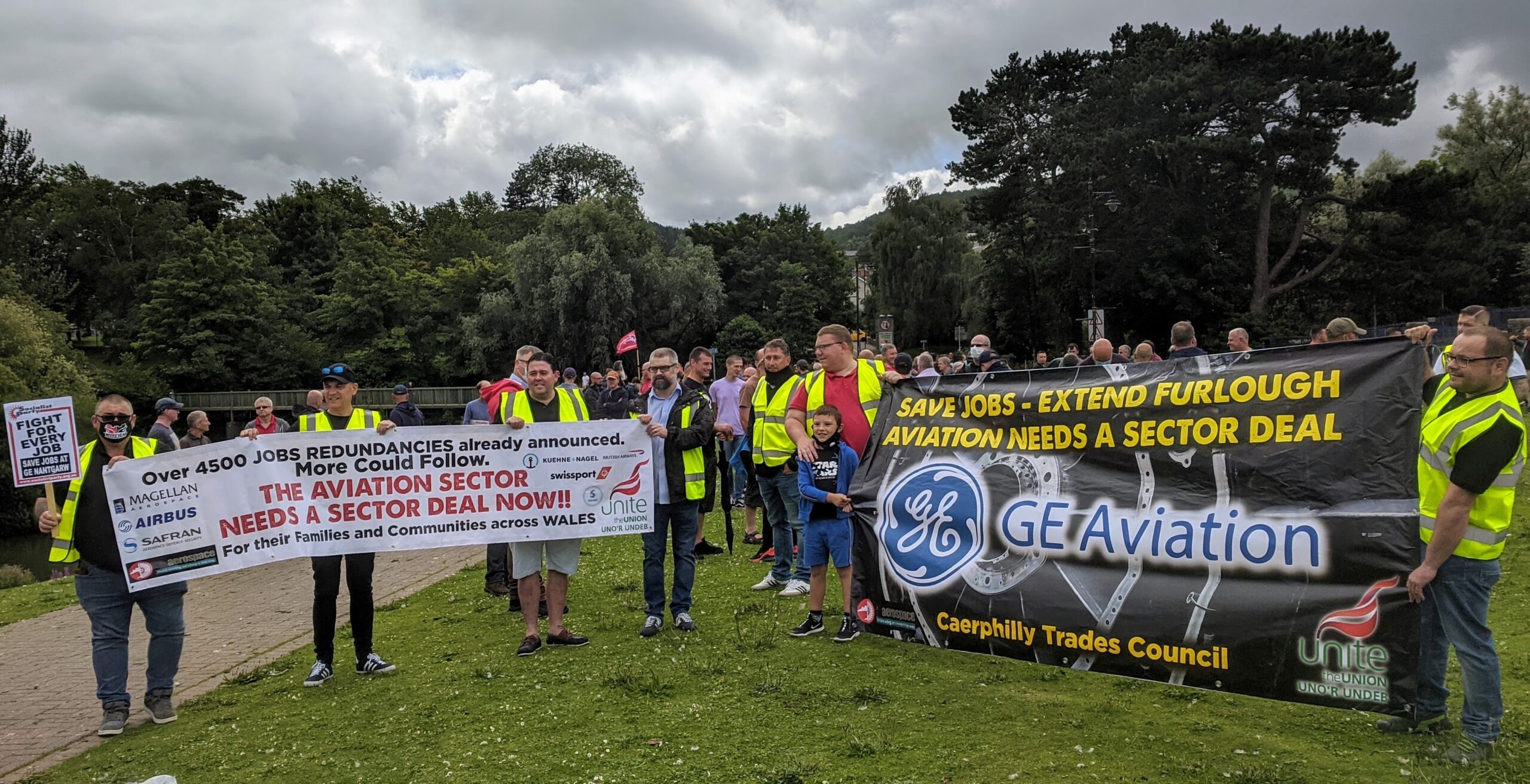 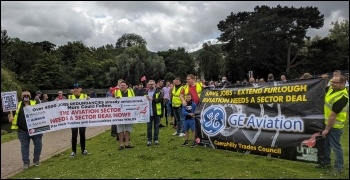 He demanded that all the furloughed workers – including those whose jobs are threatened – be brought back into work for training and upskilling on the new low-fuel GE9X engine. Three days a week, he proposed, could be paid by the company and two days mainly by Westminster and the Welsh Government – with a contribution by local government.

None of the GE workers in Italy, Germany and France, Kerry told the crowd, are losing their jobs, because governments there have bowed to workers’ pressure and moved to implement similar schemes. He pledged the full support of GE workers to British Airways workers fighting job losses and attacks on wages and conditions.

The plant should be brought back into public ownership along with BA (which is threatening 42,000 jobs), and the aviation industry should be democratically planned, with workers’ control and management.