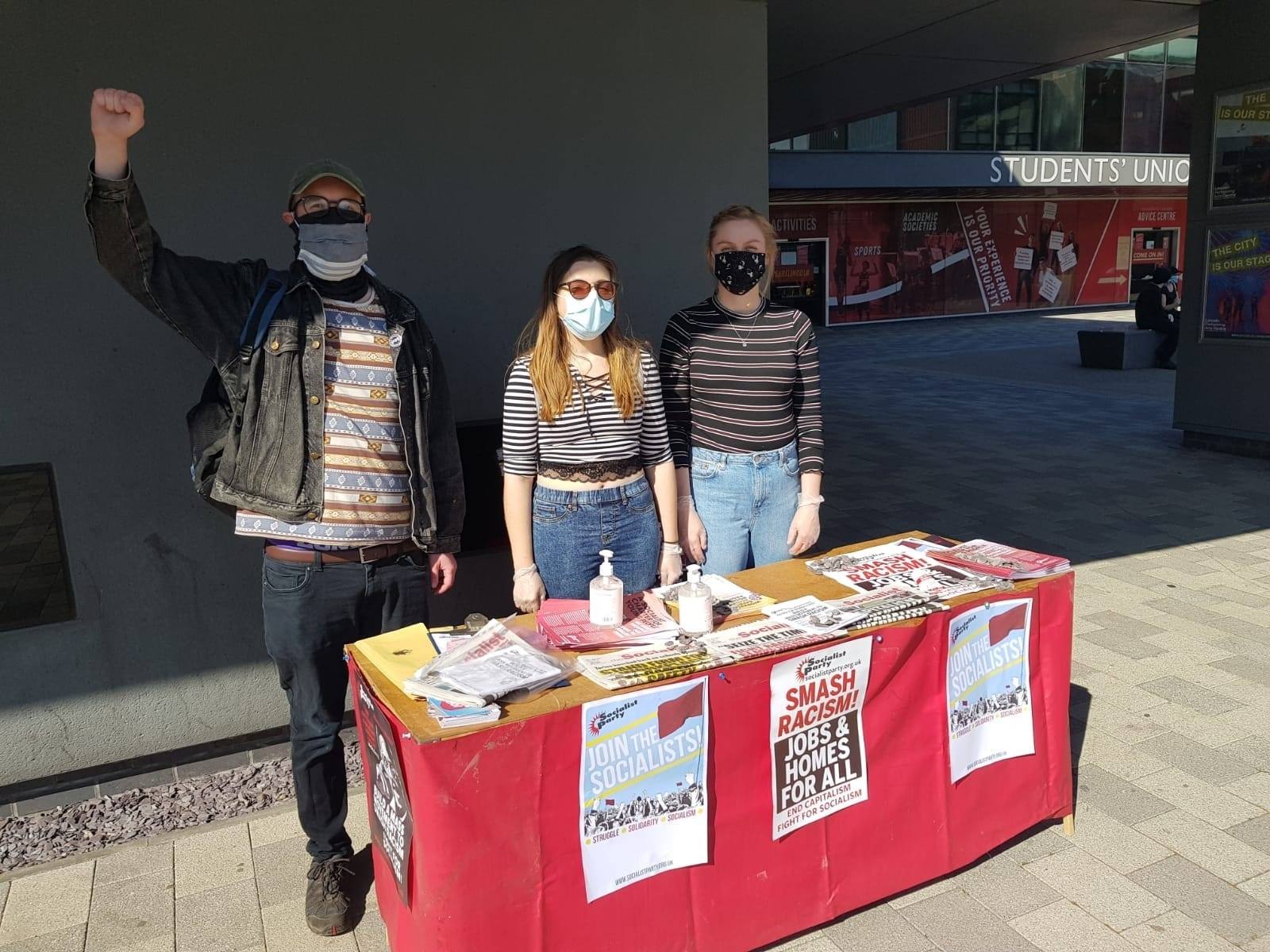 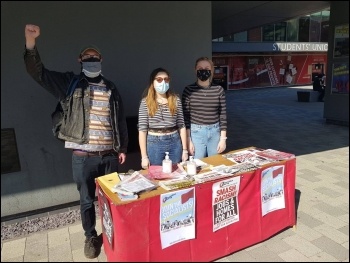 At our socially distanced Socialist Party campaign stall on 12 September, more people were prepared to stop and discuss with us. Even those who passed by gave a friendly nod.

There’s anger at the Tories. One fella said they clap nurses, but give them diddly squat when it comes to decent pay (see pages 4-5).

The first Socialist Party campaign stall in the town in years.

Working-class people – young and old – were united by one thing. They were disgusted that Boris Johnson was refusing NHS workers a pay rise. And supported our demand for a 15% rise.

Nine people bought a copy of the Socialist and donated £40 to our Fighting Fund so that we can keep campaigning.