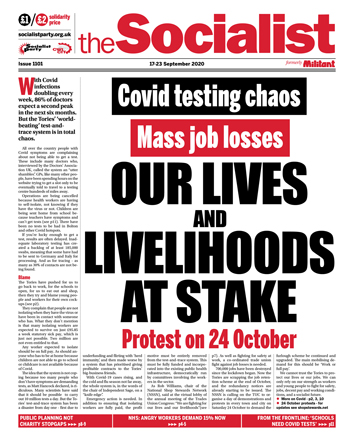 The Socialist issue 1101: Our lives and livelihoods at stake, photo Ian Pattison