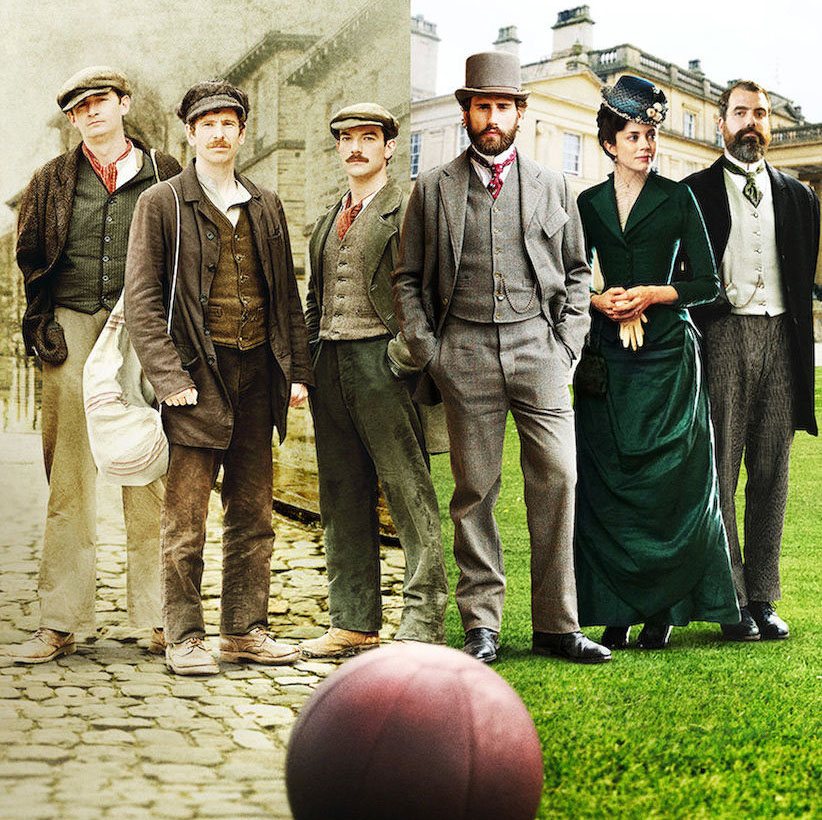 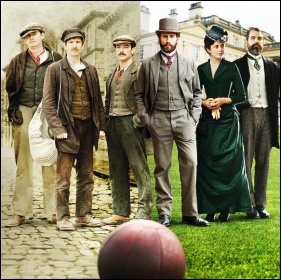 The English Game   (Click to enlarge: opens in new window)

The English Game tells the story of how football was transformed in the 19th century. It was revolutionised from the Southern-dominated amateur, public school sport, dominated by individualistic, dribbling tactics, into a superior passing game, which reflected the cooperation and discipline needed, and developed by workers in the factory who transferred this onto the playing fields.

It was this passing game, developed by the Scots and adopted by English Northern and Midland factory teams, which gained mass popularity, first in Britain, and then globally.

Fergus Suter is the star of the show. He was brought down from Partick in Glasgow for a fee, and became the world’s first professional footballer. He moved to a factory team – Darwen – and then later to Blackburn Rovers.

The series is factually wrong though. It has Suter lifting the FA Cup in 1883, when in fact he was on the losing side for Rovers in 1882. In fact, Blackburn Olympic were the first Northern workingmen’s team to lift the FA Cup in 1883.

They beat Lord Kinnaird’s Old Etonians. Olympic’s team was made up of three weavers, a spinner, a plumber, a cotton operative and an iron foundry worker. Suter’s Rovers won the cup in 1884, 85 and 86. Between 1883 and 1915, the cup only went South, once in 1901, when Tottenham Hotspur won the trophy.

To reflect the growing professionalism, the Football League was formed in 1888 by Scotsman William McGregor, and the world’s first professional league was won by the original ‘invincibles’, Preston North End, as they were unbeaten league and cup winners.

The series reflects the class struggle, and how factory owners cut wages and workers fought back with strikes. It shows the appalling conditions faced by the working class, particularly by women. It highlights how factory owners took control of the game to divert workers’ minds away from struggle, and how admission charges were introduced for the first time. Now, football is a global multi-million pound game, largely removed from its roots in the working class.

It is a little bit twee, as you would expect from the creators of Downton Abbey, but it is very enjoyable.