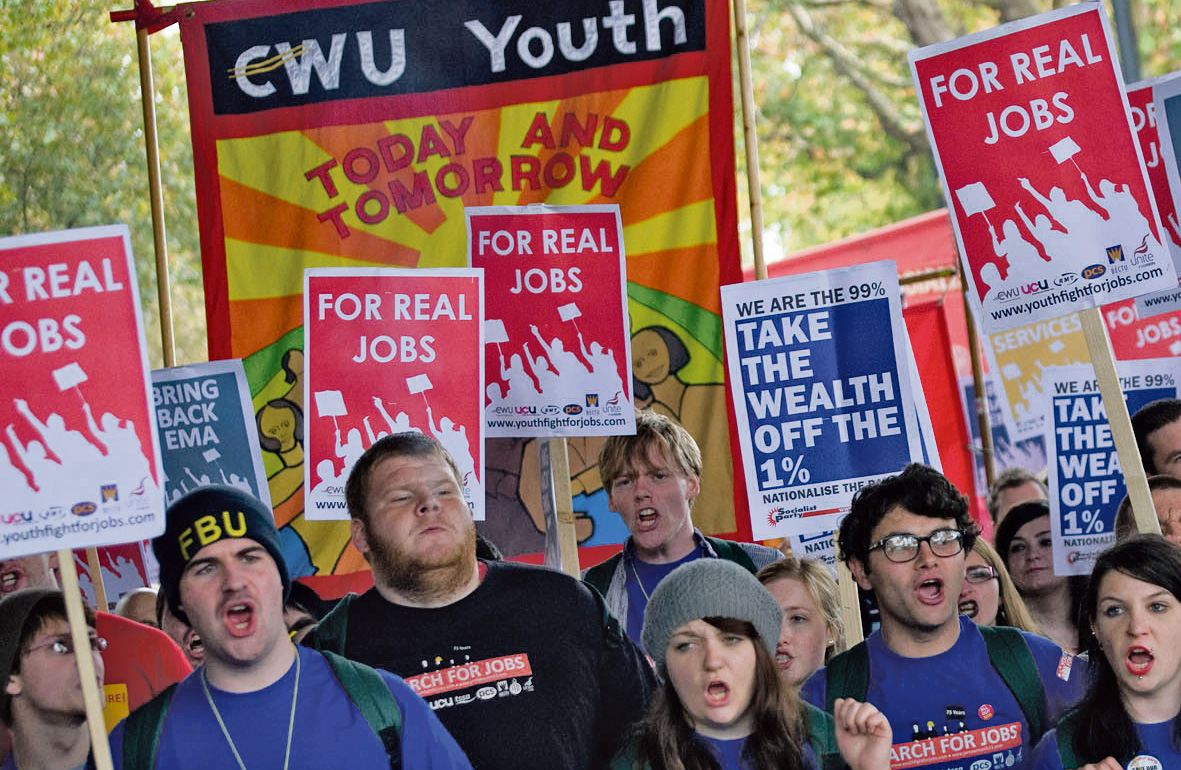 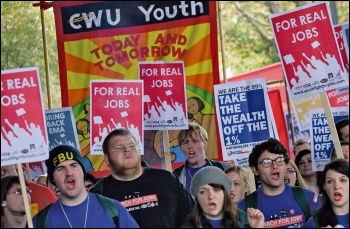 They didnâ€™t offer me any sort of compensation. So from there I had to apply for benefits. Since then, Iâ€™ve tried to contact the agency, but they say they no longer require anybodyâ€™s services.

A lot of the workers I worked alongside, theyâ€™ve been in the company for 15 years, give or take, full-time. A lot of them were let go as well.

Itâ€™s frustrating. With a zero-hour contract – itâ€™s just so unfair. They just let you go. You give so much of your time, and then, because of the contract, they donâ€™t owe you anything.

When I messaged my manager, he was like, â€˜thereâ€™s nothing I can do, sorryâ€™. And that was it! I thought even if I was on a zero-hour contract I might be entitled to something. I tried to call a few times and his phone was off.

I live at home. But thereâ€™s so many other people who have been working for the company for years. Theyâ€™ve got kids, theyâ€™ve got a house, theyâ€™ve got bills to pay. They were just left with nothing. They go straight to Jobseekerâ€™s Allowance.

I was really loyal to that agency. Any time they called me – â€˜can you do this, can you do that, can you come an extra hour, can you cover this shiftâ€™ – Iâ€™m like yeah, sure, no problem. But as soon as this happens – â€˜oh sorry, we canâ€™t help you.â€™

I work for an events company. The events industry has been decimated by the pandemic. I have always been employed on fixed-term contracts – to give my employer the flexibility of being able to increase or decrease its workforce. So I donâ€™t have any job security.

The company had kept us on and topped us up to our full salary. In October theyâ€™re going to cut the four members of staff on fixed-term contracts – four out of thirty-something, so it amounts to quite a large amount of work.

We were told a couple of months ago that this might happen. But when the government announced that it wouldnâ€™t be extending the furlough scheme, or doing anything helpful, we received emails. As far as our employerâ€™s concerned, it made absolutely no difference, because business has not picked up.

The four of us are the most junior members of staff. Weâ€™re on the lowest salaries. I do the books, so I know that I earn the least! And we are the first people to go.

Because we are on short-term contracts, there is no redundancy. Thereâ€™s nothing to protect us. We just will not be employed, with no fall-back at all, by 1 November.

The Toriesâ€™ attitude has been very typically blinkered. It shows little understanding of the precariousness of many, many jobs, especially in the service industries. The people who hold those jobs are more likely to be vulnerable, more likely to be young people, trying to keep a foot in the door.

Iâ€™ve had an email saying an administration job received over 900 applications. I work in the arts – weâ€™ve seen the Tate Galleries and Southbank Centre have got rid of a whole layer of people. All of those jobs have already been outsourced on much lower wages.

Benefits need to be easier to get. We canâ€™t sit in queues of 70,000 or 80,000 applicants, which is the situation some of my friends are facing. Iâ€™ve had friends denied benefits because of a glitch in the system, which means theyâ€™ve gone four weeks without any money at all.

Itâ€™s a really disgusting state of affairs. The Tories couldnâ€™t even extend their pseudo-sympathy for six months.

As it got closer to the end of the scheme and we werenâ€™t being brought back into the office, that was a bad sign. As we were due to return from furlough, a new â€˜Covid-proofâ€™ restructure was announced, and a number of positions have been made redundant.

Sunakâ€™s announcement comes too late. Organisations have already made their redundancy plans in anticipation of the end of the furlough scheme. My employer has stated that it is not going to be changing plans.

The new announcements seem to be putting faith in companies actually caring about their employees, and not just making decisions on the basis of how best to make money. It feels like the governmentâ€™s main motivation has been to delay redundancies and to make itself appear less accountable for mass unemployment.

Itâ€™s not just the service sector that is affected. I work in the charity sector and I feel like the next wave of redundancies is affecting the rest of the economy too. Redundancies are now permeating into companies that are functioning, but making redundancies in anticipation of a second wave.

It’s difficult to lose a job, and for a lot of months either having pay reduced or having no pay at all. I’m a lot more fortunate than other people, to have found another job.

But the furlough scheme didn’t stop me from losing my job in the first place. I worked as a tutor, I tutored GCSE chemistry. It’s a supply-and-demand kind of job. When the schools closed, lots of parents weren’t taking their children to tuition centres.

I’m working as a carer now. It was a stroke of luck – I found the job through a family friend.

The Tories have handled the crisis quite poorly. I thought there were lots of things that they could have done and they didn’t. And now it’s working-class people who have to make up for it and pay for it.

Obviously it’s all about profit. It’s profit over people. And there’s no one clear stance. They’re split between wanting to lessen the impact of the pandemic and wanting to increase the economy.

If the government had taken things more seriously then there wouldn’t have been such massive job losses and so many deaths.

The Job Support Scheme is kind of awful. Workers will ‘share the burden’ by wage reduction! People are already struggling to pay the rent and to pay their bills. To ask them to take on even more of the burden than before is ridiculous.

And this is only available to ‘viable’ jobs. What happens to all those people whose jobs aren’t ‘viable’? My tutoring job wasn’t ‘viable’ on the basis of market demand – but could have been very useful to parents teaching kids at home.