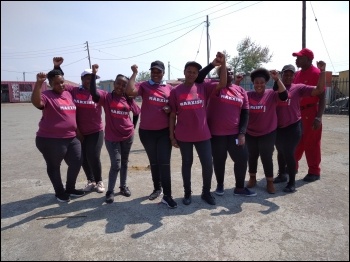 We also called on neighbouring communities to unite across South Africa to build a new countrywide socialist civic federation to campaign on all issues effecting working-class communities.