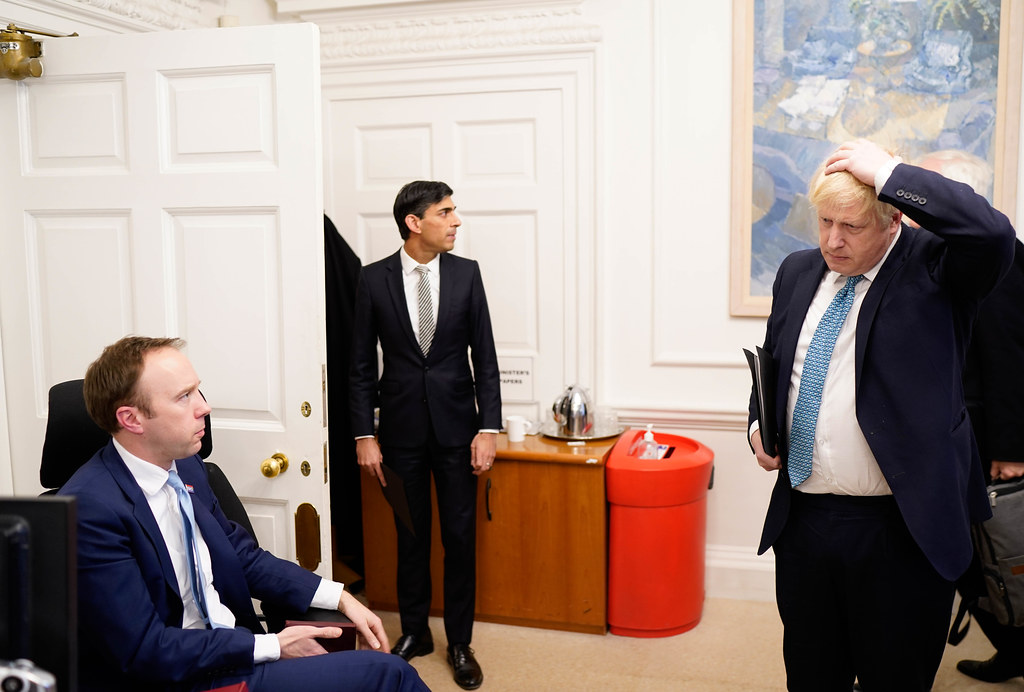 Editorial of the Socialist issue 1112

Chancellor Rishi Sunak’s spending review should be a wake-up call to the trade union leaders. Even from the capitalists’ point of view there was no immediate need to impose a pay cut – which is what a pay freeze means in reality – on 1.5 million public sector workers.

The IMF and economic commentators have argued for months that with interest rates at historically low levels and unprecedented collapses in growth because of Covid, governments in the economically more developed countries should continue to borrow to stimulate their economies.

The economic figures are dramatic. A fall in GDP this year of 11.3% – the worst collapse in the UK economy for 300 years and the largest fall of the G7 countries. A budget deficit of just under £400 billion for 2020 – the highest in peace time.

Depending on which of the three scenarios the Office for Budget Responsibilty has drawn up actually plays out, the economy may not return to its pre-pandemic size until 2025.

The earliest forecast is for 2022, but with ‘long-term scarring’. And all of these forecasts assume a smooth Brexit trade deal which is far from certain.

Yet the pay freeze will save at most £2 billion next year. This compares to a total cost of spending on coronavirus so far of £280 billion – an insignificant amount.

But austerity – and that is what a pay cut is, however much the Tories try not to use the A word – will have a serious impact on the living standards of teachers, social workers, refuse workers and all the other workers who have already suffered a decade of attacks on their wages.

The massive fault-lines in the Tory party mean that Johnson is faced with the impossible task of trying to reconcile the ‘red wall’ Tory MPs, who want more public spending to ‘level up’ and offset the cost of coronavirus in their areas, and the ‘balance the books’ Thatcherite wing of the party that want the borrowing reined in.

The spending review – which includes a £4 billion fund for local infrastructure projects, more spending on the police, the NHS and education (although not enough to go back to 2010 levels, see below) as well as the pay freeze, no extra funding for local authority day-to-day spending and no pledge to retain the increase in Universal Credit – is an attempt to placate both these wings of the party.

It is just the opening skirmish of the much bigger battles to come over who pays for the Covid crisis, for the economic consequences of a Tory negotiated Brexit, and the underlying crisis of capitalism that was evident even before the pandemic struck.

There’s no doubt that Johnson and Sunak will have felt emboldened by the passivity of most of the trade union leaders during this pandemic as workers have been furloughed, had their hours cut and conditions attacked, their health and safety compromised, and lost their jobs in their tens of thousands.

Based on that record so far, Johnson and co will be banking on the public sector wage freeze going through without any serious resistance.

Similarly, why increase spending on local authorities when for years Labour councils have complained vocally about cuts to funding from central government but then passed them on anyway, devastating local services? The only ‘concession’ in the spending review is to allow councils to increase the council tax which is just another way of hitting working-class people.

And, of course, with Starmer stamping out the last vestiges of Corbynism, the Labour Party nationally is no longer a political vehicle with the potential to mobilise to defend working-class people from the attacks that are happening now or in the future.

The gauntlet has been thrown down and the fight back needs to start now – to resist the current attacks, and in doing so prepare industrially and politically for the bigger battles that will be necessary when the even ‘harder choices’ start to be made, and big business tries in earnest to offload the Covid bill onto working-class people.

If the trade union leaders were to back up their angry words with coordinated strike action across the public sector, it would be possible to force the Tories to retreat.

The party is riven with divisions not just on tax and spend but on the immediate response to the pandemic, as the parliamentary ‘tiers rebellion’ reveals.

The resolutions moved by Socialist Party members and passed at Unison’s local government service group executive and the national executive of Napo show how the anger from below can be channelled into putting pressure on the union leaders to act.

In the same way, standing candidates in next May’s local elections, as the Trade Unionist and Socialist Coalition, which the Socialist Party is a part of, will be doing, is a necessary political challenge to cuts-wielding councils.

We are calling on the those trade unions who are questioning their funding of and affiliation to the Labour Party to allow local branches to stand and financially support anti-cuts candidates.

These are the first steps needed towards building mass political representation for working-class people and a socialist economic alternative to a capitalist system in a profound crisis.