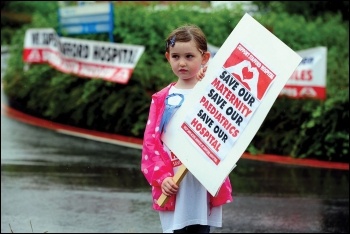 The recently published Ockenden report into the deaths and serious injuries of mothers and babies at the maternity units in Shropshire and Telford Hospital NHS Trust exposes a very dark side of the lack of accountability in the NHS.

Credit must go to those parents who have fought tirelessly over many years to expose the hospital's failings at great cost to their own health and wellbeing, encouraging other families to speak out.

Although the report has only looked at 250 cases, the investigation has resulted in over 1,862 cases being exposed. An astonishing number of failures, have caused personal heartbreak and a total lack of confidence in a service which serves half-a-million people in a mainly rural area. It begs the question, why has it taken over two decades to expose what was happening?

The 48-page report, which has taken over two years to compile, is horrific in its findings. Women and families have been ignored, brutalised, killed, and even falsely accused of damaging their babies in an attempt to shift blame.

The very clear report outlines nearly 30 'local learning actions' that must be introduced now, as well as seven 'immediate and essential actions'. The Royal College of Obstetricians and Gynaecologists and the Royal College of Midwives have both called for all the findings to be acted upon immediately, by all maternity services.

It should never be allowed to happen: NHS bosses seek a cover up, go on to repeat mistakes over and over again, and ignore recommendations, causing more needless misery and heartache to many families over many years.

It is vital that there is a struggle to strengthen the trade unions in the health service, so that workers are in a position to be able to whistle-blow and suggest changes, without fear of victimisation or losing their jobs.

There is no accountability of NHS services to the local community, except for a few Patient Participation Groups. The Socialist Party demands democratic accountability across the whole of the NHS. This means being accountable to service users, NHS workers through the health service trade unions, and the working class as a whole.

With the prospect of even more cuts, privatisation and rationalising services in the NHS, the issue of accountability is vital. Privatising health services makes them less accountable, and the drive for profit makes services less safe.

That's why the Socialist Party argues for the renationalisation of the whole of the NHS under democratic working-class control and management.

If the Ockenden Report highlights one thing, it's that these tragic events should have been exposed and acted upon a long time ago. Democratic, public ownership is the only way to make sure that the NHS stays true to its original intentions.