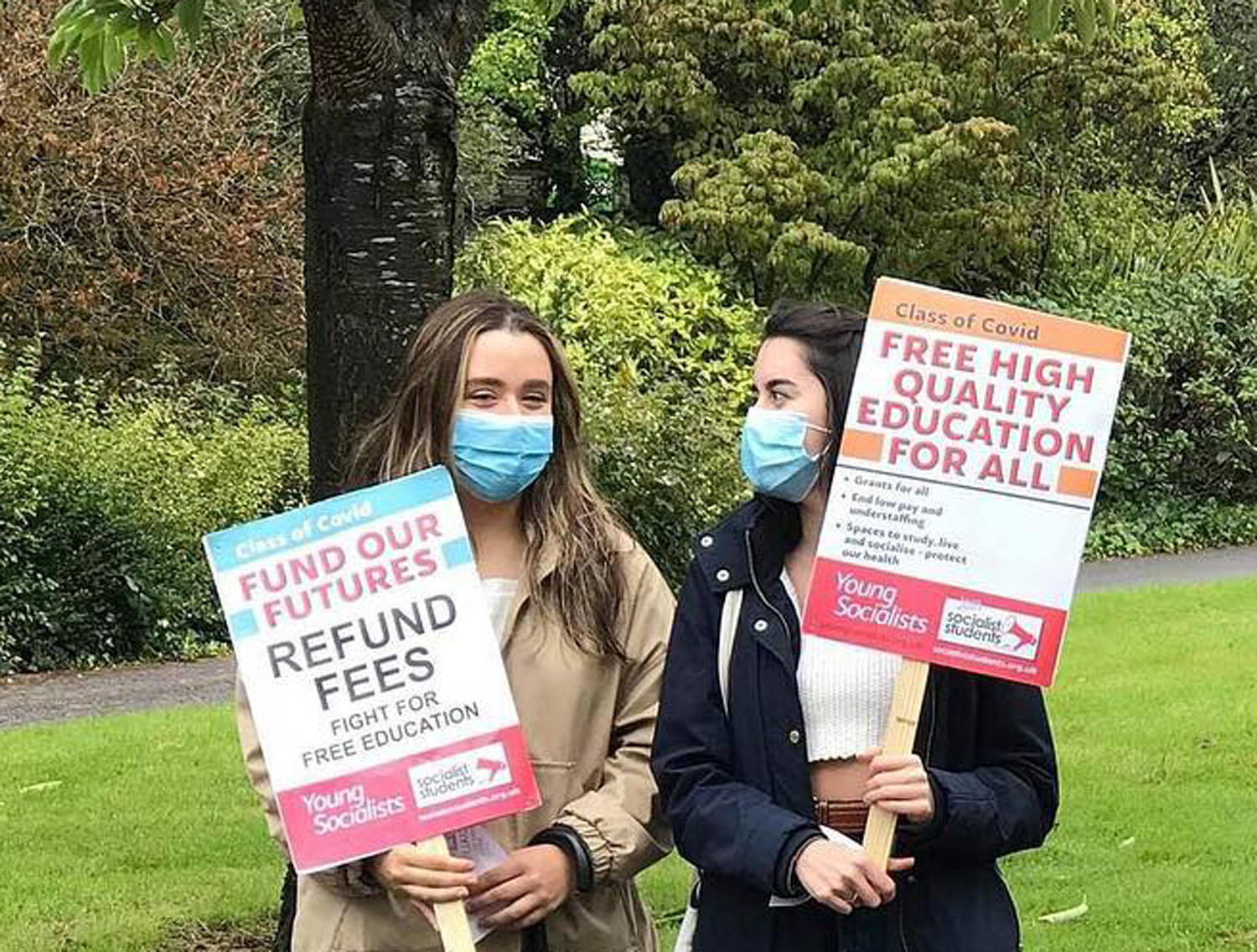 The government’s announcement of a new national lockdown in England has left a huge question mark over what university students can expect for the rest of the academic year. At the time of writing, it is totally unclear to millions of students, many of whom have already paid their rent for the term, whether or not they will be allowed to return to campus.

This episode has yet again underscored not only the complete incompetence of the Tory government, which has sought at every stage of this pandemic to put the profits of big business ahead of our health and education, but also the broken funding model on which universities are run.

With the new lockdown, students across the country face the possibility of being made to pay both full rent and tuition fees for stay-at-home, online-only university courses.

In particular, the prospect of paying thousands of pounds of rent for rooms which they won’t even be able to live in will be outrageous to thousands of students. Students who for any reason are unable to move into their halls of residence and have already paid this term’s rent should be given 100% rent refunds by their universities, and any lost university revenue made up by the government.

Students who are yet to pay their rent, or no longer require the use of accommodation, should be released immediately from their contracts should they wish, including those living in either third-party accommodation or in the private rented sector, with landlords given compensation only on the basis of proven need.

Universities were already in the midst of a huge funding crisis prior to the arrival of Covid. Students last term were lied to by university management so that universities could get access to rent payments and tuition fees.

That’s why Socialist Students and the Socialist Party is fighting not only for rent refunds for the year, but for free education. This means tuition fee refunds through a cancellation of all student debt and the scrapping of tuition fees, and replacing the broken market model with a fully funded and publicly owned education system.

Part of fighting for free education is fighting to kick profit out of higher education. This would involve placing all halls of residence currently owned by private companies under the ownership and control of the universities themselves. This would lay the basis for democratically set rents in student halls, decided on by democratically elected committees with the involvement of students themselves.

To win all of this will take the building a mass student movement, uniting rent strikers, students struggling for free education, and university staff opposing cuts, to fight the Tories for the funding and resources our universities need. Come to Socialist Students online national conference on Sunday 28 February to discuss how we can build such a movement.