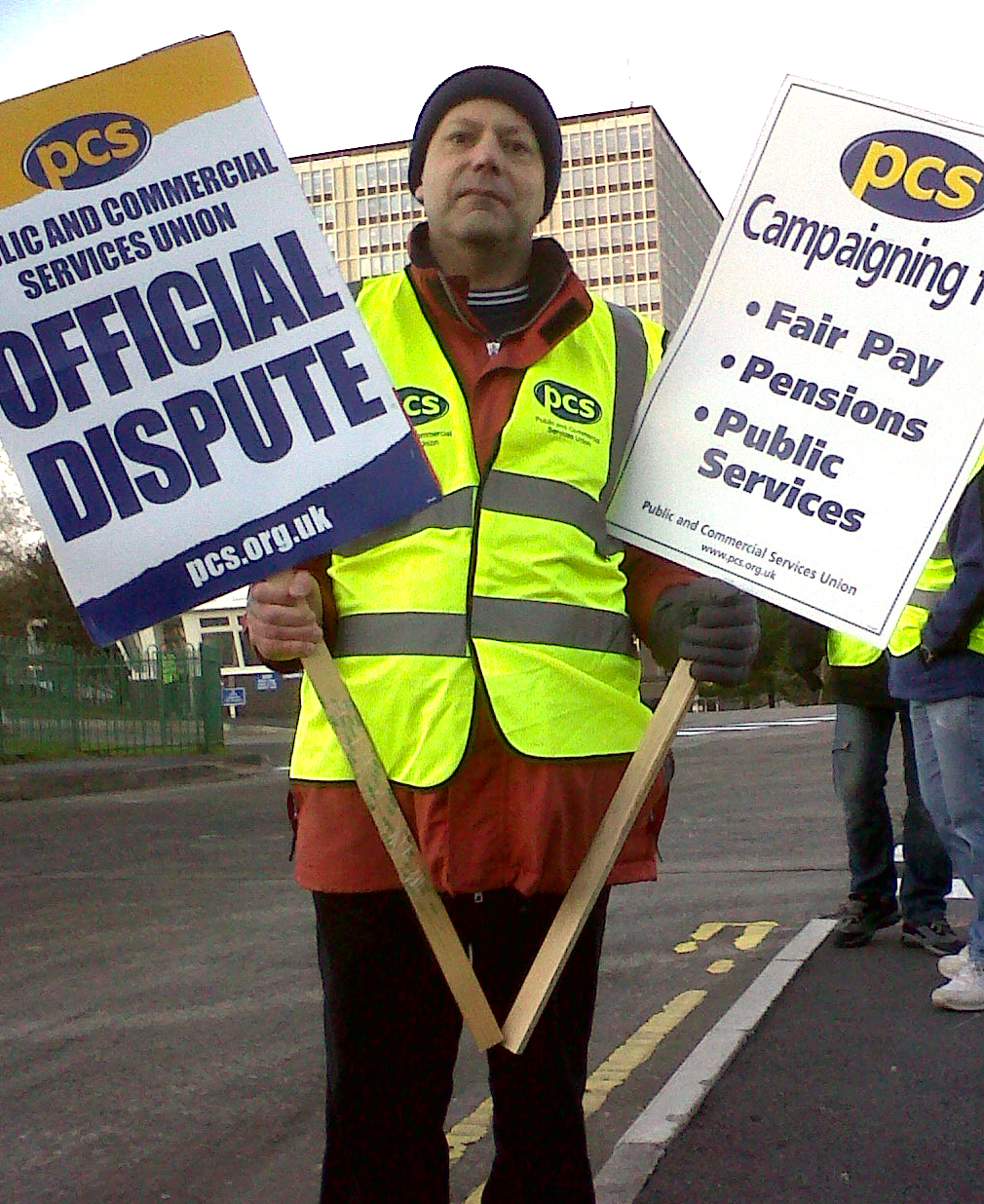 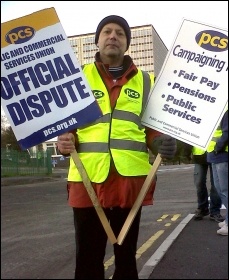 Dave Warren when he was PCS rep Swansea DVLA, taking part in a PCS National day of protest on 30 November 2012, photo R. Job   (Click to enlarge: opens in new window)

As a former worker at the Driver and Vehicle Licensing Agency (DVLA), I have not been surprised by reports of hundreds of Covid cases among staff. This is a massive government complex, spread over two main sites in Swansea, employing around 5,000 people.

While many are working from home, most of those in lower grades are having to attend work. Outdated IT systems cannot be adapted for homeworking.

Attending work involves using buses in many cases. As in any large office building, everyone knows how easily even ordinary viruses like colds can spread. But Covid puts a new and deadly slant on an old problem.

The overriding ethos of DVLA is to maintain output and productivity. Its attitude towards everything else, including health and safety, is coloured by this. Sick absence is punished in the same way as misconduct, with formal warnings and dismissal.

In the first lockdown, the chief executive told staff in a circular that they were key workers and should attend work. When workers then attempted to place their children in schools, they were told they were not recognised as key workers, and the schools could not accept their children.

A week or so later, HR sent out another circular explaining that they were working on a list who would be required to attend work. Eventually, some workers were allowed to stay home on full pay, but this time around these same workers are now being forced to attend work.

The safety of workers cannot be trusted to DVLA or any other government department or agency. The workers themselves should democratically decide on health and safety procedures, and what is considered ‘essential work’.

Mark Serwotka, general secretary of the workers’ union PCS, says he has intervened with government ministers regarding DVLA. But more is needed. PCS must give a lead now and take collective action to get workers out of an unsafe environment.