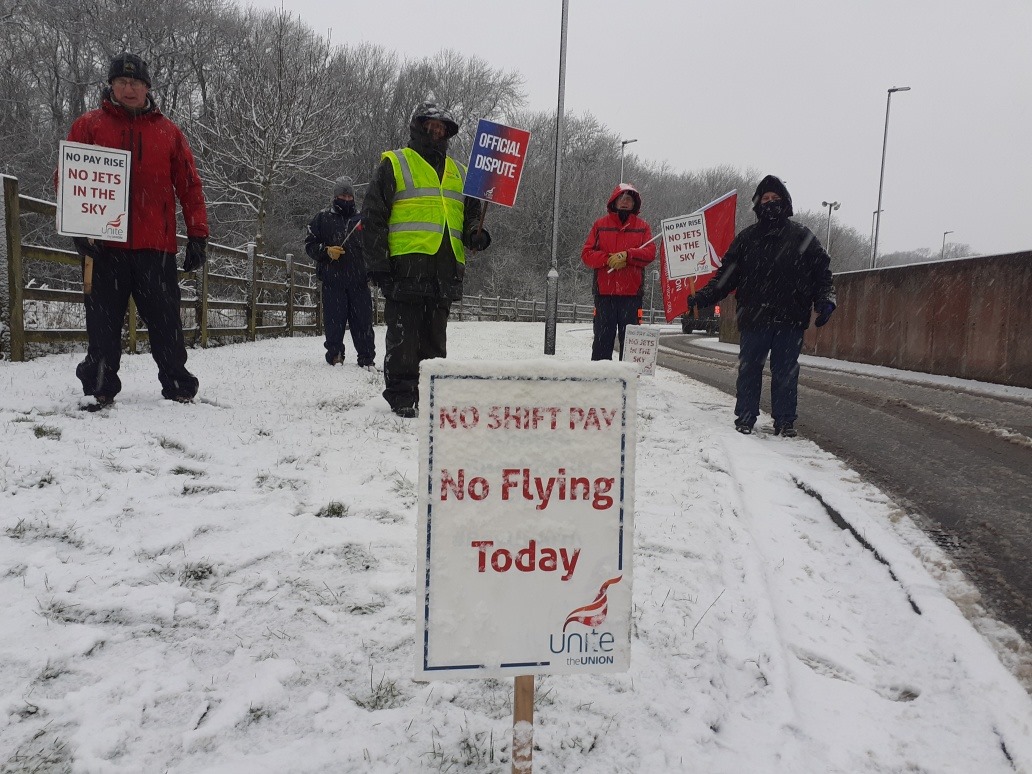 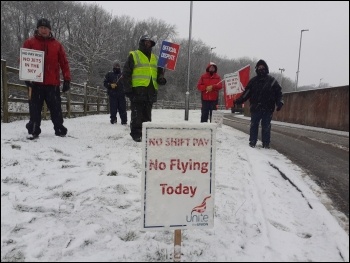 Despite the snowy weather, members of union Unite working on a Babcock Aerospace contract in Yorkshire providing operational and engineering service at RAF Leeming were out on the picket lines on 2 February. This was their third day of strike action as part of an ongoing dispute over shift pay disparity.

Babcock is a subcontractor for BAE Systems, which also provides services at RAF Valley for aircraft such as the Hawk trainer jet, doing similar safety-critical work as RAF Leeming. But workers at RAF Valley receive a shift payment, worth up to £5,000, and more to some workers, which RAF Leeming workers currently don’t receive. Such penny-pinching may be part of the reason behind proposals last summer to move depth maintenance of the T1 Hawk to RAF Leeming last summer.

The workers at RAF Leeming are highly skilled, many having worked there for ten to twenty years, with a majority being ex-servicemen who transferred from the RAF side of things, such as logistics, to the civilian side.

But such is the depth of feeling among the workforce that the union has grown in the run-up to this dispute, and strike action has been escalated from selective one-hour strikes during the first two days, combined with an overtime ban, to longer periods and due to go to 48-hour strikes if the company refuses to budge.