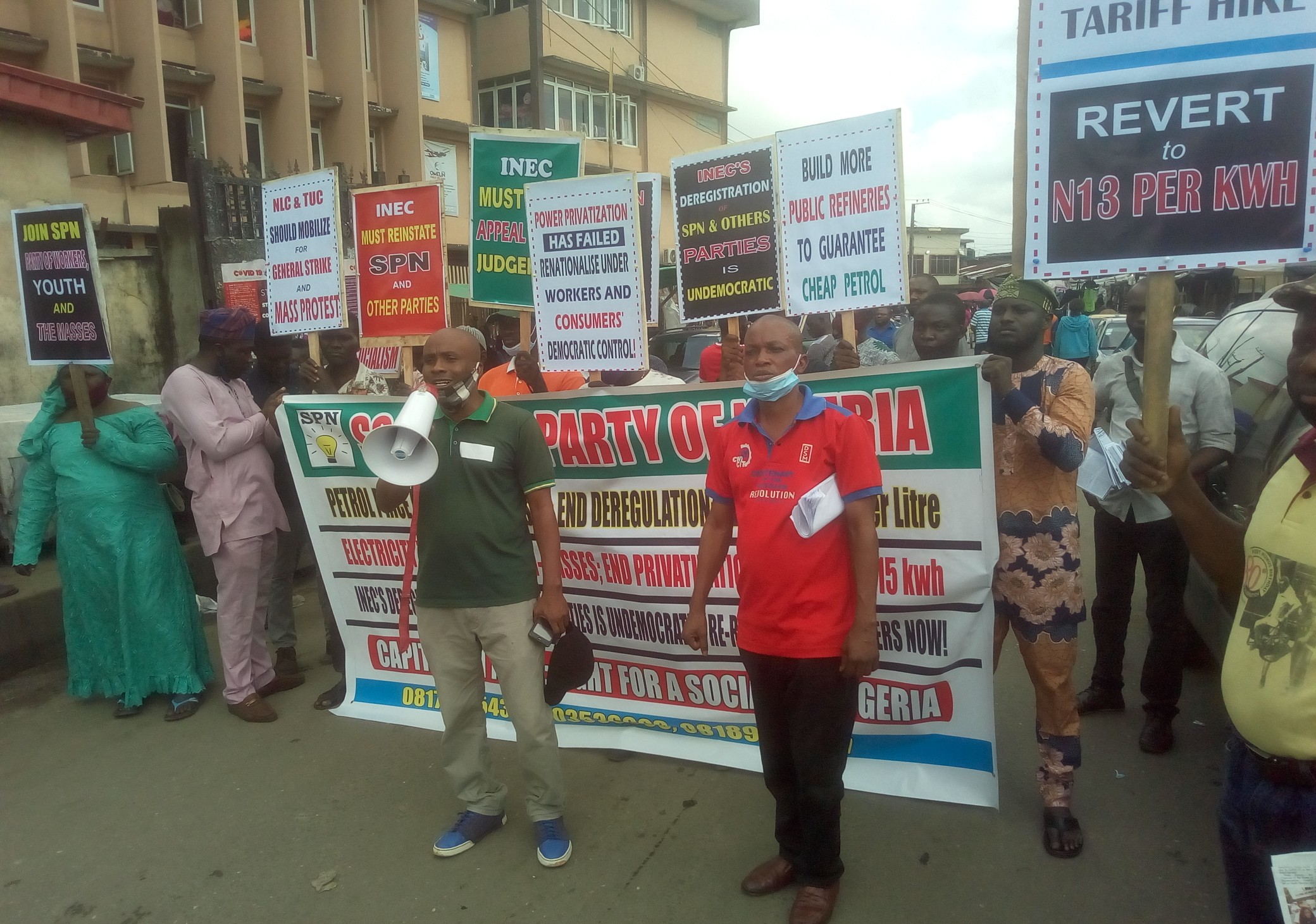 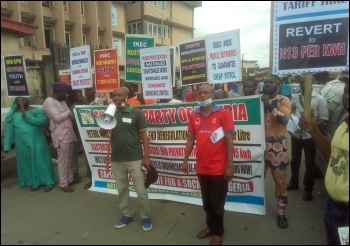 Socialist Party members protested outside the Nigerian Embassy in central London on 22 February to protest against the ‘show trial’ of Abbey Trotsky – a leading member of the Democratic Socialist Movement (DSM – CWI in Nigeria) – that was taking place that day.

Sumal accused Abbey of ‘inciting’ the workers against management. But it was the workers who invited Abbey to help, after the terrible role played by the rotten union leaders who collaborated with management.

The Sumal workers’ victory inspired a wave of protests for better pay and conditions among other Sumal workers and at other factories in Ibadan city in Oyo state.

If Abbey is convicted, the Socialist Party in Wales and England along with other sections of the Committee for a Workers’ International (CWI) will be stepping up solidarity protests all over the world.

This new repression, following widespread protests against police brutality last year, has unmasked the Buhari government in Nigeria as a major enabler of police brutality and repression. In fact, repression has actually increased since the end of the #EndSARS protest in October 2020 (see ‘Nigeria: Mass protests force government to disband killer cop unit’ at socialistparty.org.uk).

This decision split the panel, with at least one youth representative, Rinu Oduala, quitting in protest and another, Barrister Ebun Adegboruwa, announcing he is “consulting with civil society to take a decision”.

He spoke of his ordeal: “Following my arrest while videoing others being arrested, I was able to secretly distribute leaflets to other detained activists right under the noses of the trigger-happy police. Some were inspired and asked questions on how to join the organisation. We were about 40.

Our statements at the police station were forcibly collected with the aid of blows and canes.”