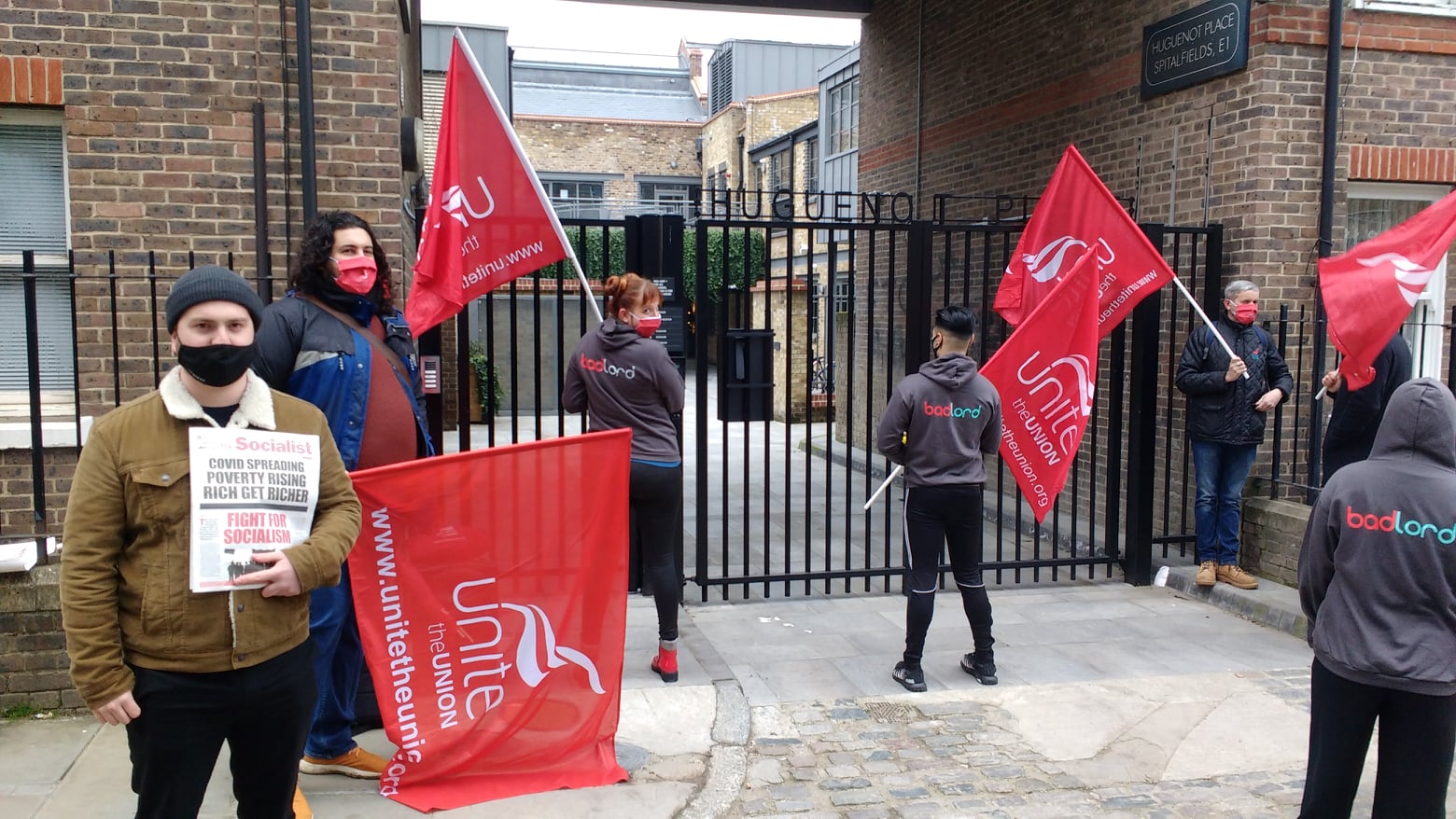 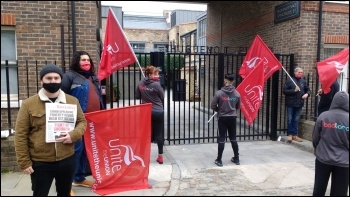 IT workers on strike at Goodlord. Photo: London SP   (Click to enlarge: opens in new window)

Tenant-referencing workers at the tech company Goodlord in east London were out on strike on 1 March against the company’s fire-and-rehire scheme.

The strikers, members of Unite, are employed on rolling fixed-term contracts. When Goodlord, nicknamed ‘badlord’, offered them their new contracts, a 20% pay cut had been applied. The workers are calling for the restoration of their previous terms and conditions of the London Living Wage.

There was a great mood on the picket line. One striker, Scott, said: “We know it’s having an effect on their business… we’re going to stay out until management come to the table”. Others discussed the next steps with great optimism.

The CEO of the company came through the picket and seemed clearly rattled. Under the shadow of the pandemic, employers have been undertaking fire-and-rehire schemes at an alarming rate, and the bosses think they can get away with it. But this strike has shown that workers are ready to fight against these exploitative practices.

We can’t rely on the bosses to self-regulate fair pay, we need a £15 minimum wage now and we need an end to fire and rehire. The workers are out on indefinite strike.