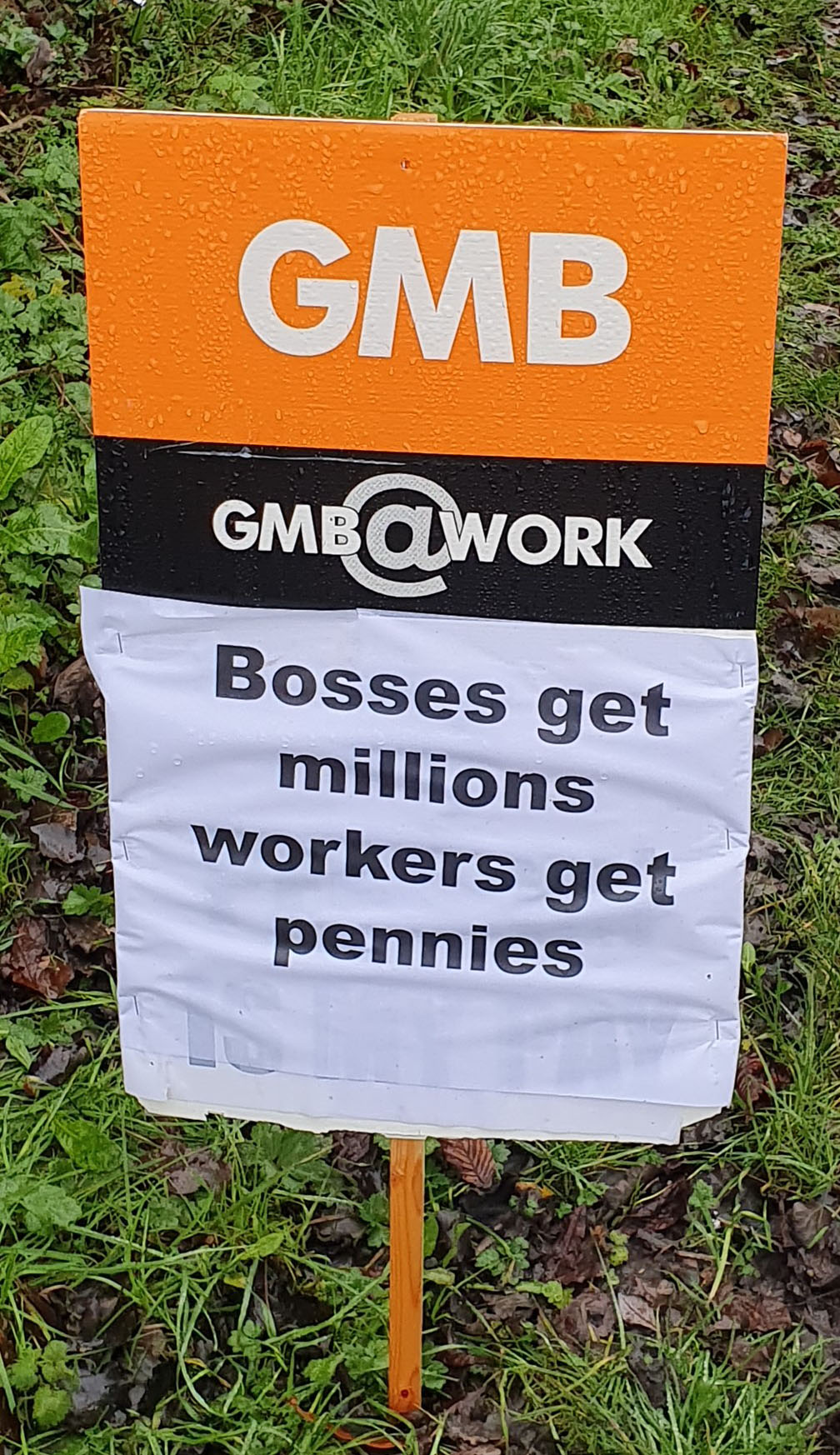 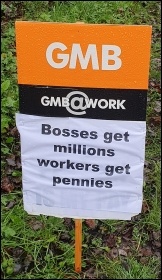 A placard at a British Gas engineers’ picket line   (Click to enlarge: opens in new window)

Reading the headlines about Tory Chancellor Rishi Sunak’s budget, some working-class people may have let out a small sigh of relief that at least the furlough scheme and the £20 increase in Universal Credit are continuing for a few more months. Others will have been furious, like the three fifths of self-employed people previously denied furlough who are still left without a penny.

The Tories were undoubtedly hoping that Sunak’s announcement that in two years’ time corporation tax for companies making more than £250,000 profit will be raised from 19% to 25%, might create the illusion that they intend to make big business pay for the Covid crisis.

Nothing, however, could be further from the truth, as has been starkly demonstrated just a day later. The announcement that health workers will be offered a measly 1% pay rise – effectively a pay cut given expected inflation – comes on top of the pay freeze for other public sector workers. The Tories cynically call health workers and other key workers heroes, and then continue to kick them in the teeth. There is an urgent need for the trade union movement to organise a serious struggle to break the public sector pay freeze and to support health workers’ demand for a 15% pay rise.

Government spending during the Covid crisis has been enormous. Including the amounts announced in the budget it is now predicted to reach £340 billion, or £12,400 per household. The Tories’ priority, however, has not been to protect the lives and livelihoods of the population, but to limit the damage to profits and the capitalist system as a whole.

Britain has one of the highest death rates from Covid in the world, and the worst economic crisis of the major G7 economies, yet the wealth of Britain’s billionaires has increased by more than a third. Now, in the aftermath of the Covid crisis, it will be working-class people who are told to tighten their belts.

The announced corporation tax increase is still two years in the future. While it would undo the last decade of Tory cuts to corporation tax, it would still leave Britain’s rate lower than all but one of the G7 economies. And in reality, far from taking money from the super-rich to assist the majority, the budget’s announcement of a ‘super-deduction tax incentive policy’ was doing the opposite. It is trying to bribe the capitalist class to carry out their historic role of investing in developing industry. Businesses are being offered the right to claim 130% tax relief for any capital expenditure on plant and machinery.

This, however, will have a very limited effect. Prior to the pandemic, levels of investment were at a historic low, despite already being able to deduct 100% of investment from their taxable profits, and sitting on huge piles of cash. By the end of June 2020 the cash reserves of UK private non-financial corporations had ballooned even further to almost £900 billion, equivalent of 40% of GDP. An incredible £118 billion of that was built up during the pandemic!

In the past, despite the many horrors of capitalism, it at least drove society forward by developing the means of production. Today, the sickness of the system is summed up by a failure to invest because it is not profitable enough to do so.

Every aspect of the crisis of British capitalism has been heightened by the Covid crisis. The Office for Budget Responsibility (OBR) economic projections that accompanied the budget make grim reading. The news headlines reported that they now expect a slightly faster recovery than previously, but they still estimate it taking until the middle of 2022 for the economy to get back to pre-Covid output levels.

More importantly they expect no real recovery for millions of working-class people. The OBR predicts that even when the economy ‘recovers’, incomes will continue to decline. In 2024 they expect real earnings to be 4.3% below where they were forecast pre-crisis, equal to £1,200 a year. This, as the Resolution Foundation puts it, “comes on the back of a truly dreadful past decade for earnings growth.”

While millions suffer continued wage restraint, others will be thrown onto the dole queue. The OBR expects unemployment to reach 6.5% in the last quarter of this year after the furlough ends, and to remain at a higher level for years. And just as unemployment surges the government has pledged to cut £20 a week from Universal Credit payments. The poorest households in Britain, already facing destitution, will have a further 7% fall in their income in the second half of this year. Overall, benefits will be reduced to the lowest level in 30 years.

Sunak barely mentioned public services in the budget, but that is because he knew that the truth would provoke outrage. The pandemic has shown clearly the need for a massive expansion in the NHS and other public services. Instead the Tories are planning more austerity. After a decade of slashing public spending, the proposed day to day public spending was cut by £12 billion in the Autumn spending review, and by a further £4 billion in the budget.

Sunak’s budget was a budget for the bosses. For the millions of working-class people rightly frightened by what their future holds there is only one alternative: get organised and fight back.

Like the British Gas workers still striking against being ‘fired and rehired’ on worse terms and conditions, having overwhelmingly rejected the company’s ‘offer’, workers across Britain are going to be facing increasingly brutal attacks from their employers. The trade union leaders need to prepare to coordinate a fightback.

At the same time, it is clear that the working class needs its own political voice that stands for a socialist alternative to capitalism. In the run up to the budget Starmer again showed that he was only interested in fighting for the interests of the capitalist class – even opposing modest increases in corporation tax – rather than fighting for a socialist alternative.