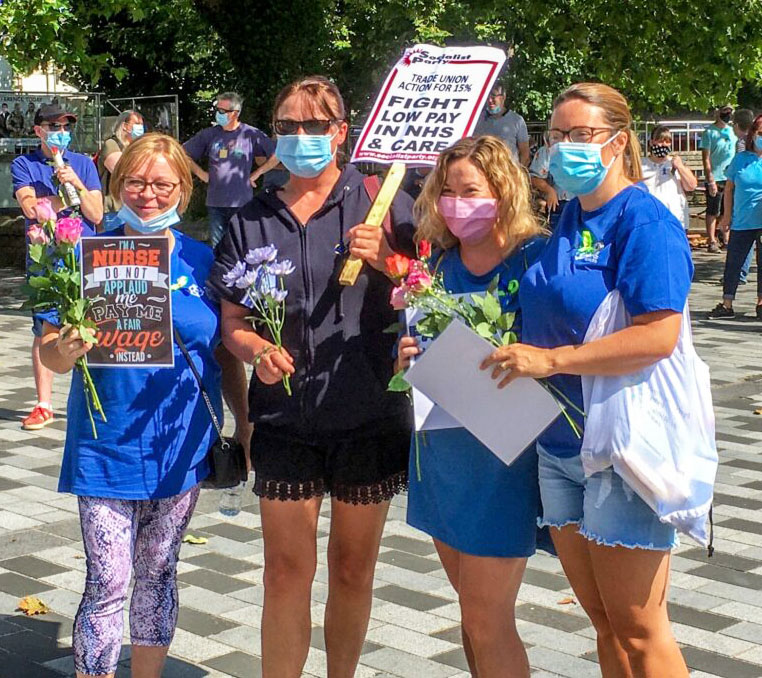 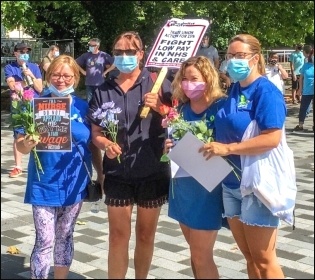 Staff are outraged. 1%, or an extra £3.50 a week for an experienced nurse, is not just a slap in the face for NHS workers, it’s a pay cut compared to the cost of living.

Boris Johnson and the government promised the NHS would have all the resources it needed to fight Covid. Instead, they handed over billions to their mates for hopeless test-and-trace and PPE contracts. Staff have risked their lives with inadequate or expired PPE.

The NHS workers Boris Johnson praised for saving his life in intensive care, the ones all the Tory ministers publicly clapped, who lost colleagues and have not got over the trauma and exhaustion of fighting the second wave, are now being stabbed in the front by the government.

What the government fails to realise is that the most valuable commodity in the NHS is the people who work for it. Without them, nothing would function.

The threat of strike action by the Royal College of Nursing (RCN) is exactly what is needed to force a real pay rise for NHS staff. Other unions must get on board with this, and start to seriously build a campaign for coordinated strike action.

Make this the next U-turn

This arrogant government has been forced into so many U-turns, let’s make NHS pay the next one!

Tories say, ‘how dare NHS staff demand a pay increase when so many have lost their jobs or taken a cut in pay?’ We say this despicable divide and rule must not succeed.

But the question is real. NHS staff must also build support for the campaign for a 15% pay rise by reaching out in solidarity to other workers in the public and private sector, supporting a proper pay rise for all.

MPs vote for their own payrises, and their salary of £81,932 puts them in the top 5% of earners in the country. Many of them claim more in expenses than most NHS staff could hope to earn.

The Covid pandemic has shown many things. That the sacrifice and exhaustion of keyworkers would be exploited by the government and bosses, who only think of lining their own pockets. That the people who keep society running in care, transport, food, retail, education and the NHS are badly undervalued by those that run society. And that we need fundamental change in the way society is run.

A strike by NHS staff would be about so much more than pay. It would be about people refusing to accept the ‘old normal’ of exploitation, privatisation and cuts, and starting to look for a real alternative. We are ready.