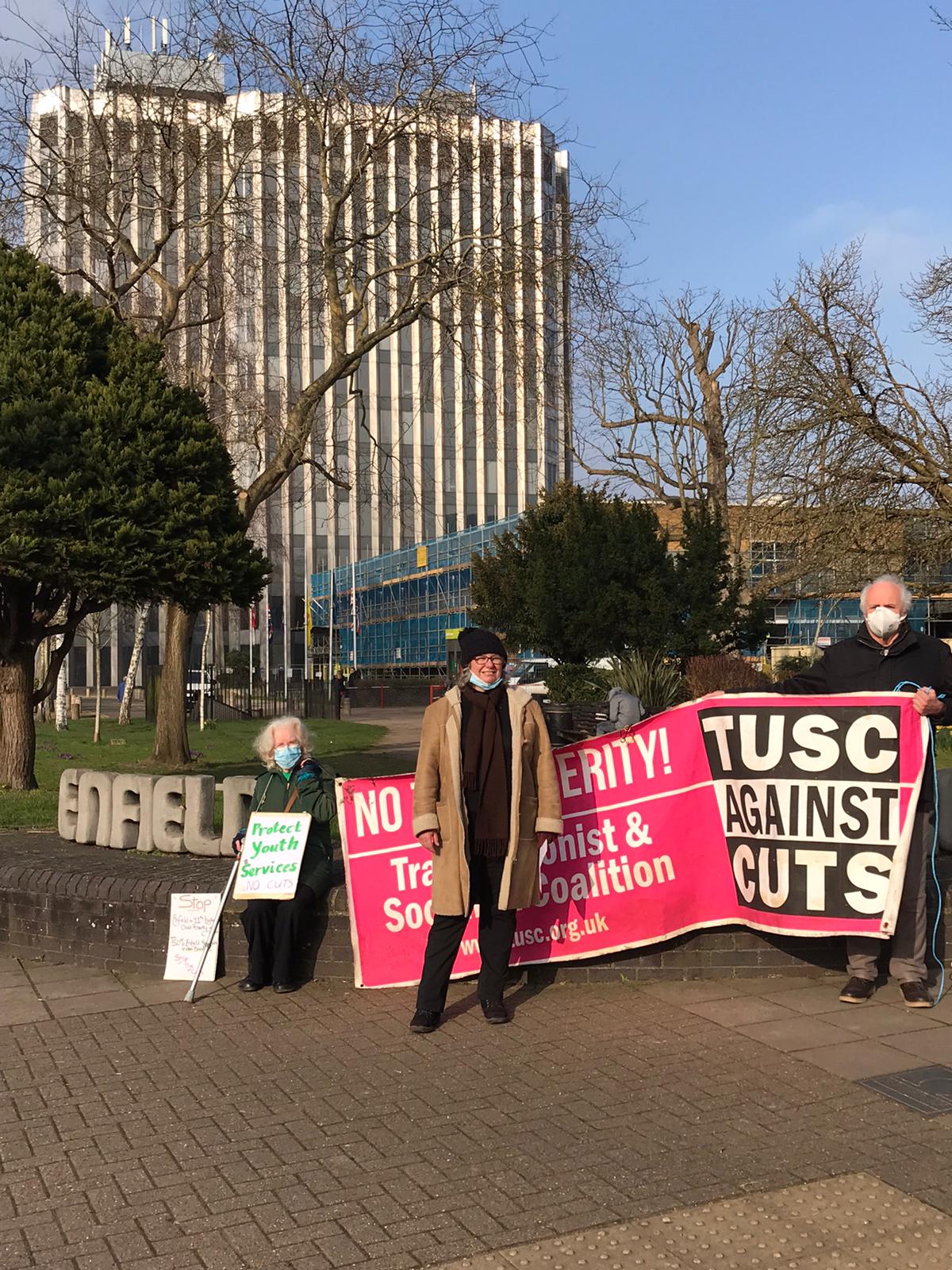 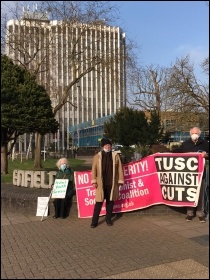 Enfield council is Labour-led. Labour councillors shed crocodile tears while implementing Tory cuts, with the excuse that ‘there is nothing we can do’. They hide behind the ‘illegality’ of no-cuts budgets. In fact they are not illegal. But I’d like to ask, is it legal to kill people through austerity?

At the same time, Enfield council is borrowing hundreds of millions of pounds for the biggest housing development in London, Meridian Water – built on public land, but unaffordable for most Enfield residents. I have been active in the local campaign ‘Meridian 4 Council Homes’ which demands 100% council housing. There are 5,000 households on the council house waiting list in Enfield, but none will be housed in Meridian Water. The council is getting into debt to satisfy rich developers and investors, not the people in housing need.

Next door to Meridian Water, in a working-class, predominantly black and Asian area, is an old and polluting incinerator which the council plans to expand rather than turn into a recycling plant. The council wants to save money – burning is cheaper than recycling – sacrificing our health and lives. We support campaigners’ call to “Stop the incinerator”.

I was a member of the Enfield North Constituency Labour Party during Corbyn’s leadership. We passed a motion that instructed the council to set a no-cuts budget. It hit a brick wall. I have come to the conclusion that the only way to fight against austerity is outside the Labour Party, more so after the takeover of the party by the Blairites.

We desperately need a voice that stands for the working class, in Enfield and the whole country. That’s why I am standing for the Trade Unionist and Socialist Coalition in the Chase ward by-election in Enfield this May. We need an alternative to austerity, poverty and capitalism.

Labour-controlled Rotherham Metropolitan Borough Council (RMBC) has declared that it has another £18 million ‘savings’ to make in the 2021-22 financial year to ‘balance the budget’. This is in addition to £16 million in the last two years.

These cuts are already known to include the closure of vital public services, such as Addison House in Maltby, an adult learning disability centre. This is due to close at the end of June despite a high profile union and carers’ campaign of 90,000 petition signatures, several big protests, and a judicial review.

Labour councillors justify further austerity measures by declaring that they have ‘no alternative’ but to pursue them. A job listing has appeared on the council website for a ‘Head of Change and Innovation’. It seems RMBC are to pay a private consultant £550 a day to “achieve sustainable financial savings whilst ensuring services continue to meet the required outcomes of the council”.