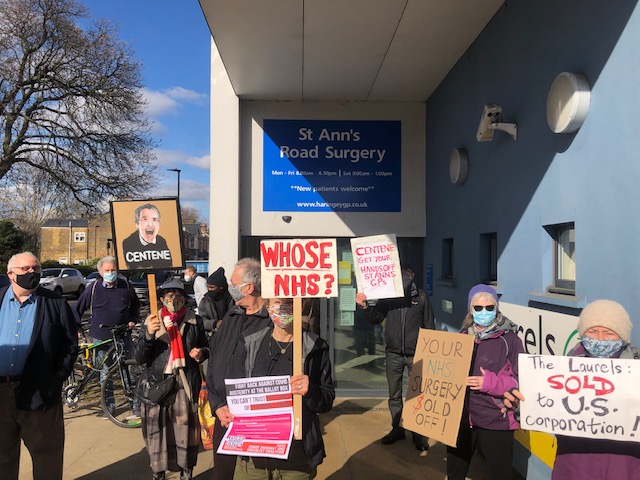 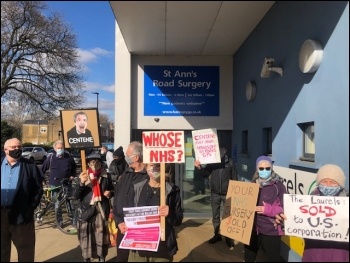 Centene Corporation, an American health insurance giant, has acquired the Laurels through its UK subsidiary – Operose Health Ltd. This corporation has so far acquired 49 GP practices in 19 London boroughs covering over 370,000 patients, and 21 further GP practices across the country.

It is now the biggest GP group in the UK. Even the Daily Mail called Centene a ‘profit-greedy American health giant’.

Privatisation has to be exposed and challenged. Friday’s action alerted the local community and users of the Laurels. Many were completely unaware that their GP surgery had been sold to a US corporation, and were understandably shocked.

This Tory government is rewarding NHS staff with a pay cut for their heroic service during the pandemic. Despite the Tories toe-curling, constant references to ‘our NHS’, they are selling off as much of it as they can on the quiet.