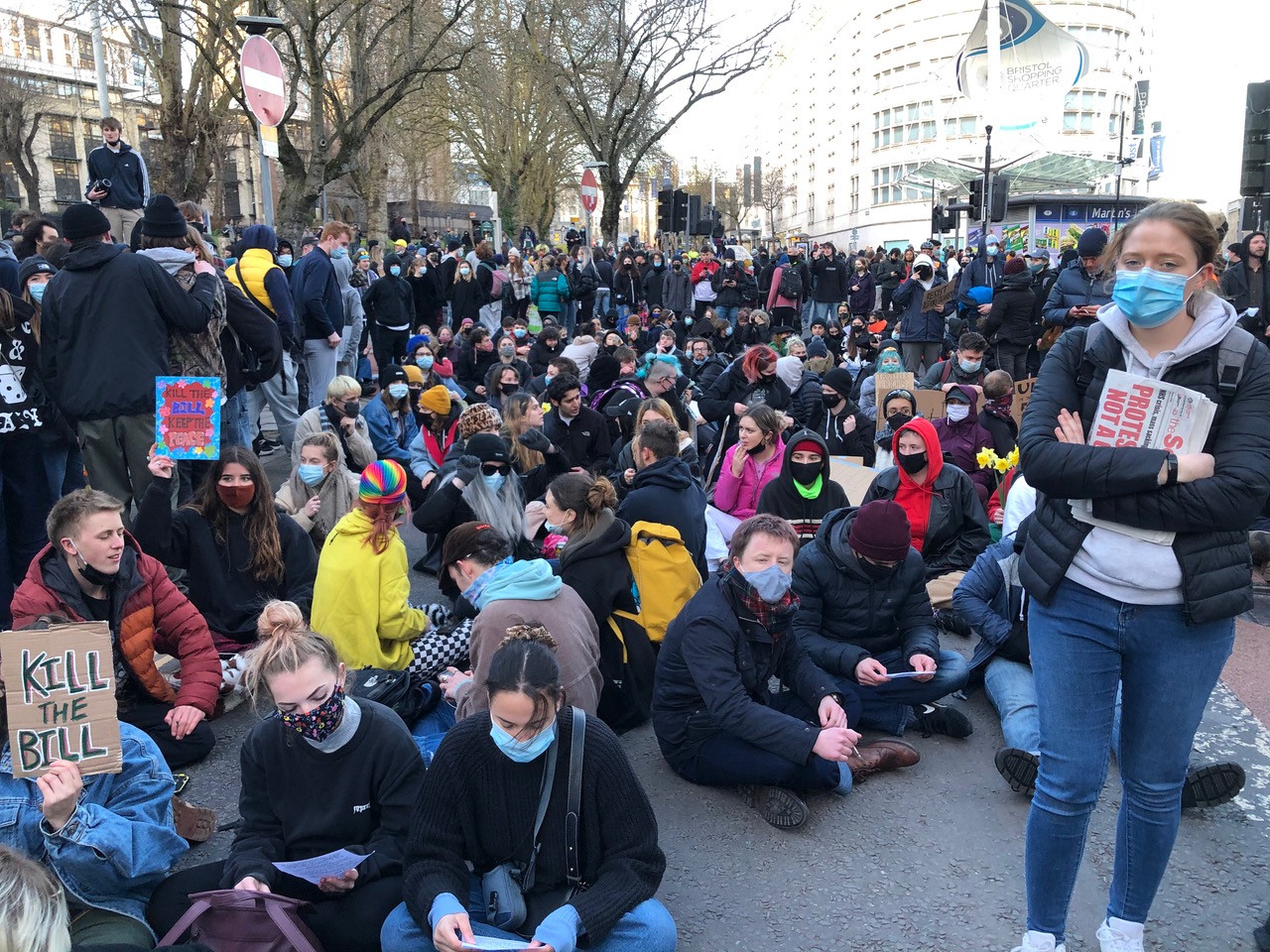 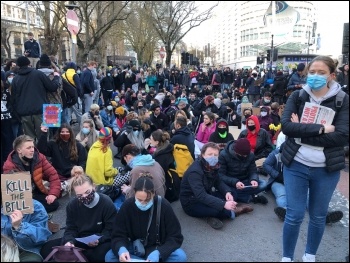 The Tories’ Police, Crime, Courts and Sentencing Bill has sparked determined ‘Kill the Bill’ demonstrations across the country. This draconian law was put forward explicitly to tackle peaceful protests and gives enormous power to the police to ban them. Protesters could face ten-year sentences just for ‘annoying’ people!

Even the ex-police chief of Durham has warned that the bill would mean moving towards “paramilitary policing” and that government ministers are “flexing their muscles via their police forces” similar to repressive regimes elsewhere in the world.

Mainstream press coverage has been very one-sided, trying to paint protesters as thugs and ignoring the police provocation. Claims that police suffered broken bones were retracted but only after they’d made the headlines. On Tuesday 23 and Friday 26 March police also violently cleared peaceful protesters from the streets.

The new bill won’t stop protests, such is the anger, especially among young people, at how this unequal and repressive capitalist system is destroying people’s lives. Workers fighting against job losses and ‘fire and rehire’, and health workers campaigning for a decent pay rise have already been fined and attacked using Covid restrictions. The police bill will be further used to target workers defending their rights and livelihoods.