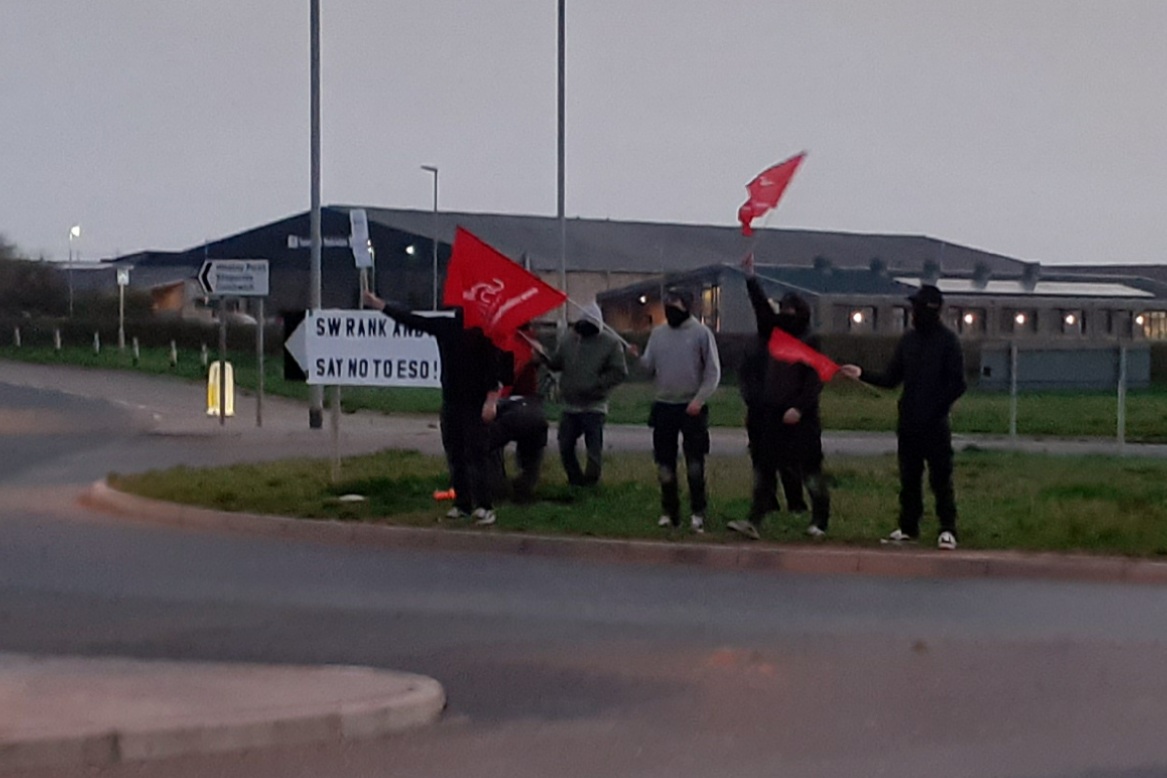 “They want superheroes with loads of skills, but don’t want to give us superhero wages” 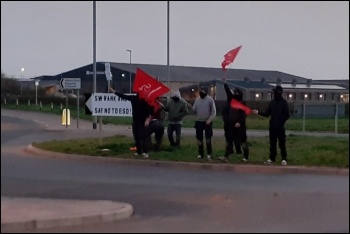 Hinkley C is one of the largest construction projects in the country and is at the centre of the dispute. It is the site where contractors first tried to bring in a new ‘electrical support operative’ (ESO) role which would see workers given just a few weeks’ training, before doing most of the jobs of skilled electricians, on considerably worse pay.

Speaking to the Socialist, one of the workers, who didn’t want to be named, said: “There should be no deskilling of the trades at all, it should be apprenticeships. Whatever happens here at Hinkley is going spread to HS2 and every major site across the UK. We can’t have these rogue training standards come in and deskill us. We expect apprentices and adult trainees to be at the forefront of this job, and make sure it’s proper electricians and mechanical workers that are coming out of this.”

Sparks took their protest to Balfour Beatty’s offices in Newcastle on 21 March – where they were met by locked doors!

As one of the sparks said: “If these companies get away with this it will take loads of lads’ jobs from them and [by using unskilled workers] potentially be dangerous.”

He went on to explain: “We all came out of school with the promise of a job for life, but now they’re wanting to take on unskilled workers instead.”

Another commented about the companies: “They want superheroes with loads of skills, but don’t want to give us superhero wages.”

The numbers at the protests, which are being held weekly, are beginning to pick up, but one of the electricians commented: “We need to get to the sites – there needs to be a national call.” 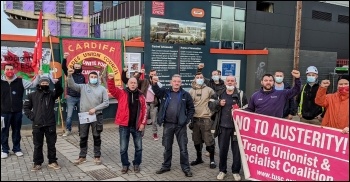