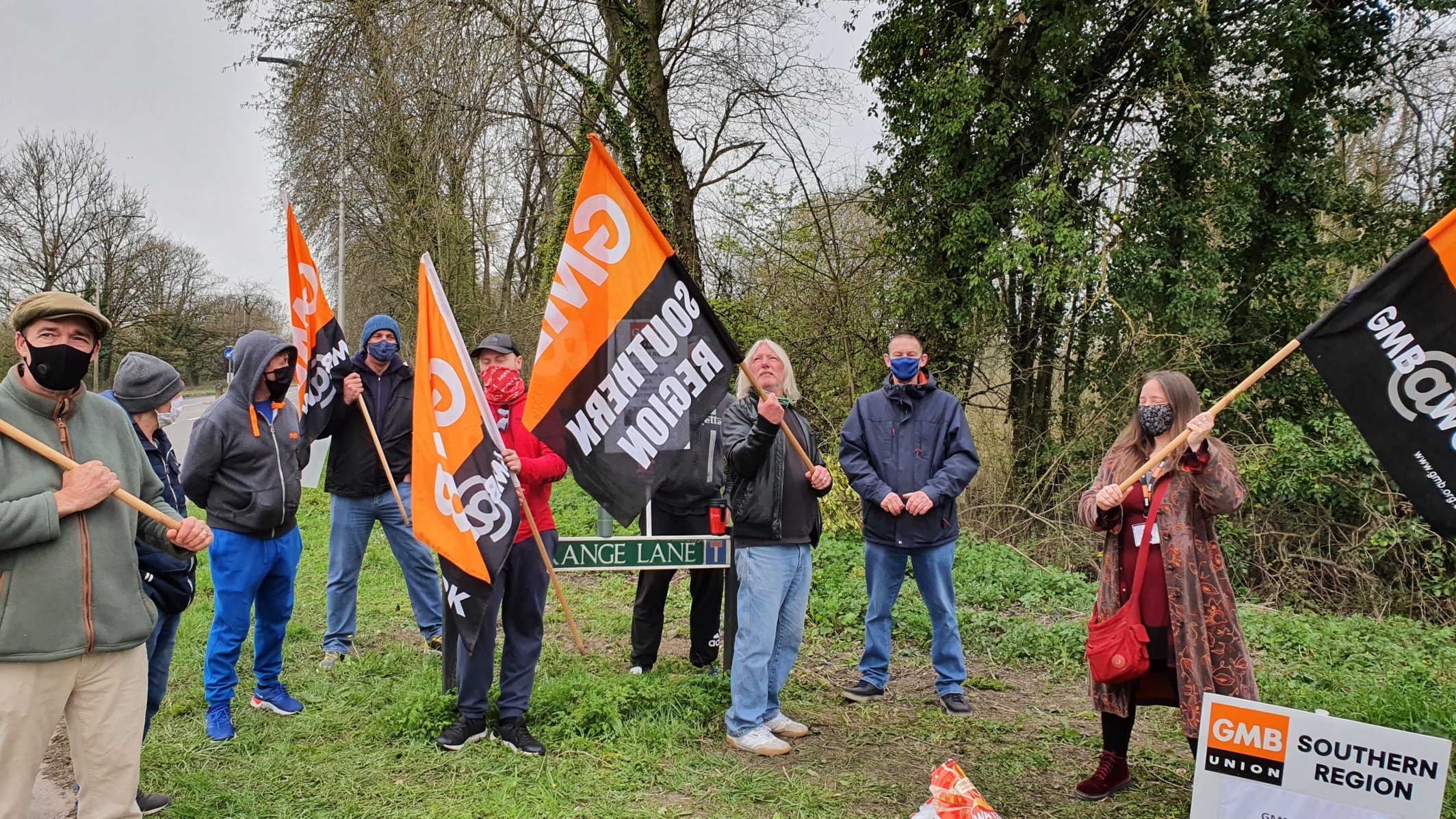 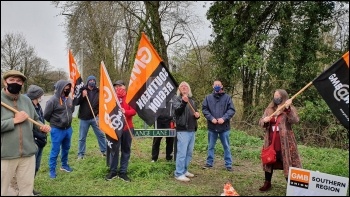 “The highest-paid bullies in the world”, was the view of a striker at Marley Tiles near Reading taking part in a 24-hour strike on 31 March.

The directors are paid £200,000 each and are attacking the workforce, attempting to force them to accept worse terms and conditions and pay. They have sacked GMB members and reps for taking legal strike action.

This is following earlier strikes, after staff rejected a 1% pay offer, despite a company profit of £16 million last year. Talking to the pickets it’s not just the pay but a culture of bullying too, and an issue with pensions that has led to them taking action.

However, the angry pickets are determined to get a decent pay rise and the other issues resolved. There were many toots of support from passing motorists.