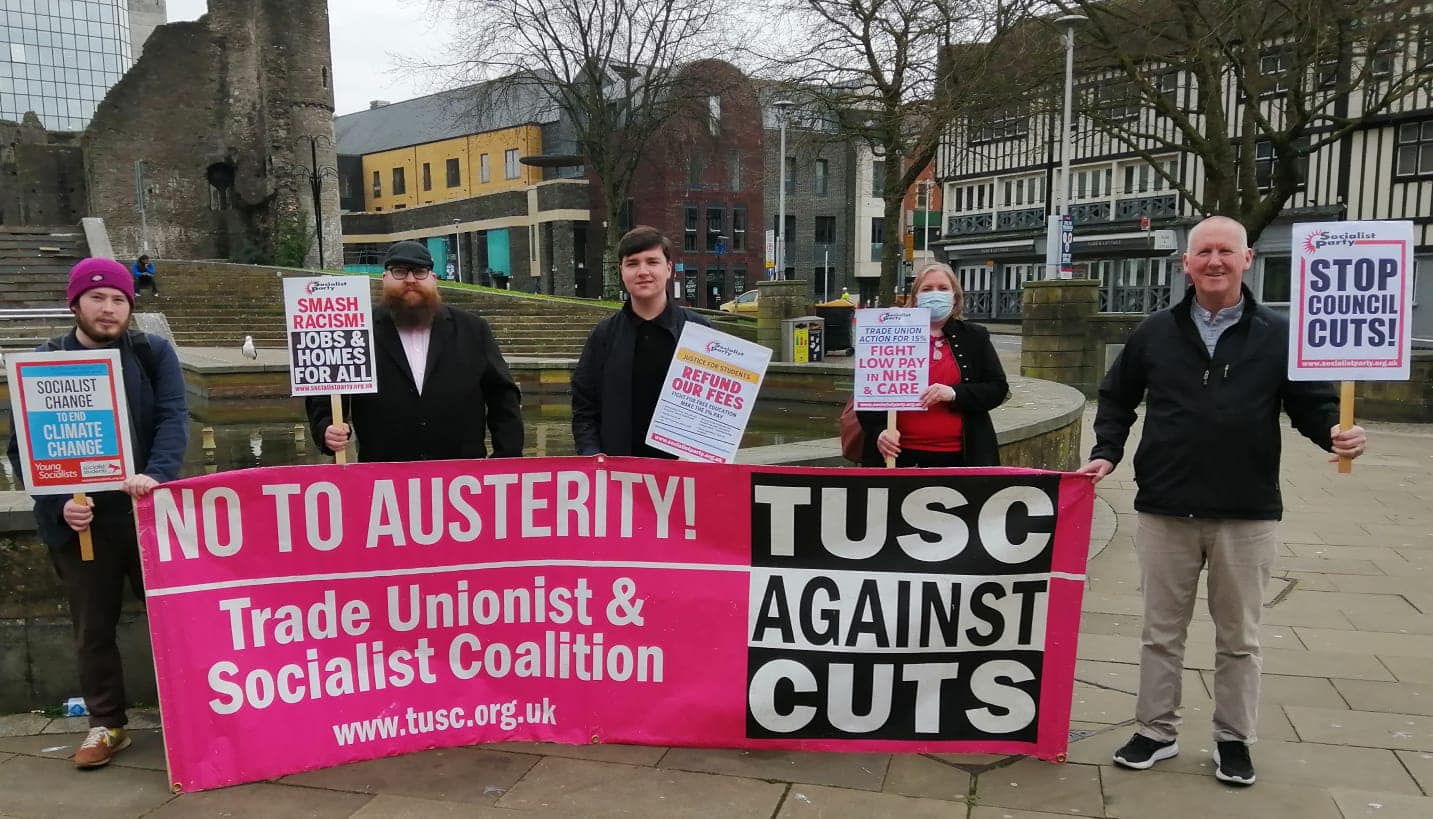 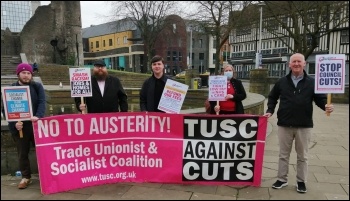 The Trade Unionist and Socialist Coalition’s (TUSC) Welsh parliament election campaign got off to a cracking start when over 70 attended the campaign launch meeting online on 8 April, many of them brand new to TUSC.

In contrast to the stale politicians of the establishment parties, it was a real meeting of the Welsh working class. Those parties’, lacklustre campaigns were outshone by this meeting brimming with enthusiasm. TUSC candidates from each region spoke as well as ordinary workers from the floor – nurses, hairdressers, council workers, social workers, teachers.

Ross Saunders, lead candidate in South Wales Central, asked: “Who was it that has kept society going during the pandemic? It wasn’t the CEOs, it was ordinary workers, council workers, NHS, supermarket workers and the rest”. As one worker in hairdressing explained: “We are all key workers – everyone wants their hair done”.

Mark Evans, lead candidate in South Wales West, explained: “We can tell there is an election because all the main parties are offering

visions of Wales as a land of milk and honey”, but behind the scenes they are preparing for more cuts. It’s not just the Tories; Labour in government and Plaid Cymru in the councils have both been complicit in austerity as well.

Michelle Francis from North Wales told the story of about her struggle in organising a rent strike at Bangor University for students who were trapped in their halls after being enticed by the Welsh government to come to university when face-to-face lectures were cancelled. She explained that the rent strike forced the Welsh government to find £40 million to allow some rebates on rents – a victory for the strikes.

Cammilla Mngaza, candidate in South Wales East, spoke passionately about the injustice to her daughter Siyanda, who was falsely imprisoned for defending herself against a racist attack, but also how she discovered how the whole system in Wales is corrupt. There are many other injustices in the system in Wales: “Labour has been in power in Wales for 22 years and yet these injustices still continue.”

Carys Phillips, chair of the Social Workers Union, explained how in her work she had encountered the effects of cuts carried out by Labour, Independent and Tory councils. She was gobsmacked that the government is offering public sector workers a pay freeze. But what is the Welsh Labour government doing about it? “Wales has suffered more from austerity than anywhere, not because we are Welsh but because we are poor.”

Ross Saunders summed up the meeting: “We are not powerless – the working class has enormous power. And after this election these politicians will say there is nothing we can do, we will just have to cut. But the students won £40 million by putting pressure on the universities and the wider working class can win as well.”

“The pandemic exposed the priorities of the ruling class and their Tory political representatives. They prioritise profits in the Covid crisis and lifted protections too early. But so too did the Welsh Labour governments and Welsh working-class areas suffered some of the worst death rates in the world. Covid has underlined why we need workers’ representatives in the Senedd to challenge the system.”