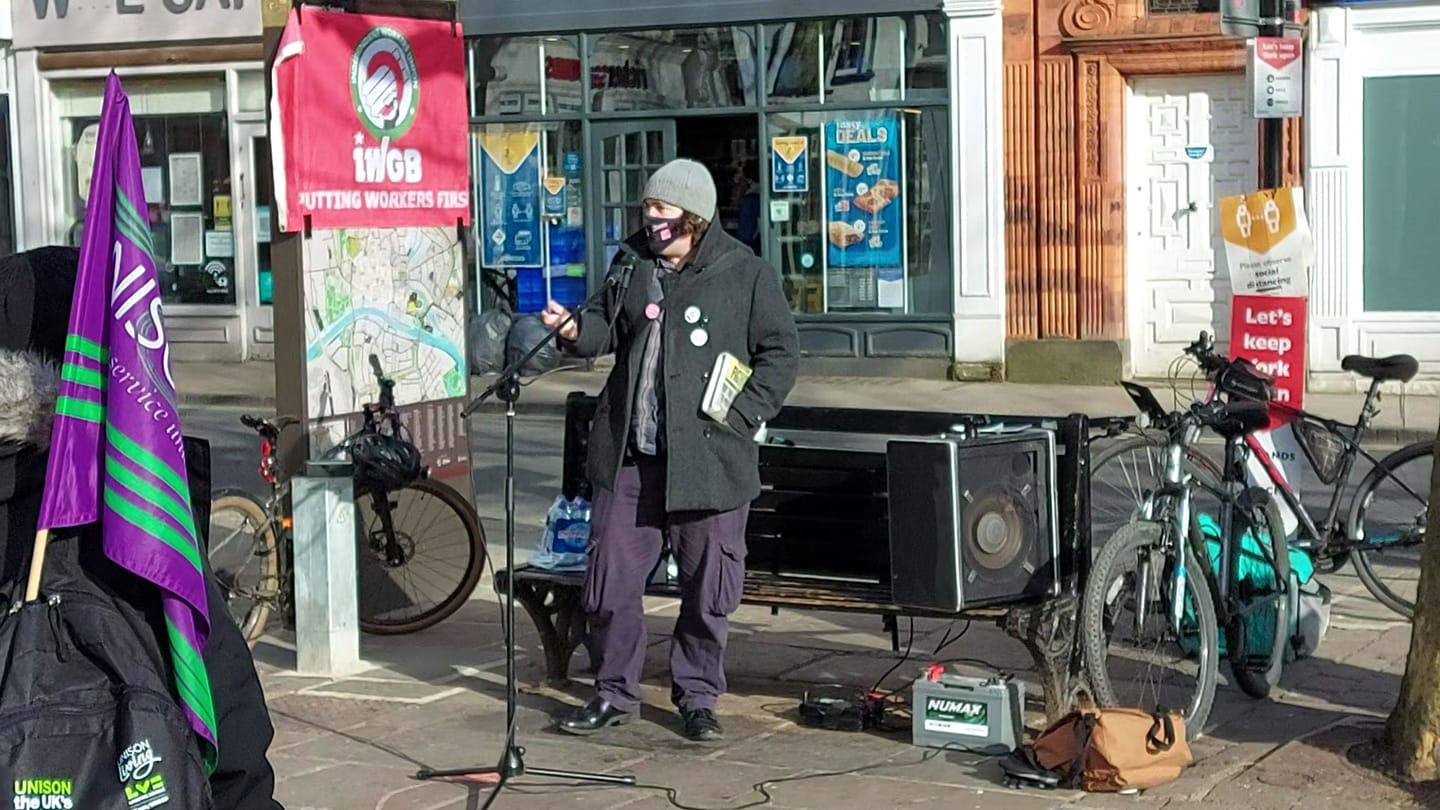 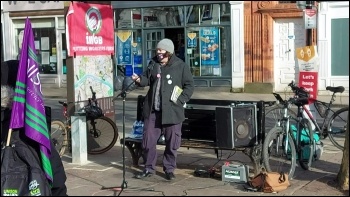 The Independent Workers of Great Britain (IWGB) union called for a day of action in their struggle for a guaranteed minimum wage, safety protections and workers’ rights, including access to holiday and sick pay, and an end to unpaid waiting times. The union also wants Deliveroo to allow riders to bargain collectively on pay and working conditions.

The industrial action comes after research by the Bureau of Investigative Journalism found riders earned as little as £2 an hour. Deliveroo maintains that riders like the flexibility of working as contractors and that they earn well above the minimum wage.

The call for strike action involved some 400 riders from York, Sheffield, Reading, Wolverhampton, and London turning off their app (which outlets use to call for the services of an available rider), and well organised, socially distanced protests and rallies.

Riders and supporters in York also marched to protest outside a selection of retail outlets throughout the city, to raise awareness, not just with the retailers but with the public, as to the unfair pay and working conditions they are fighting to overturn.

This is not the first time that the Socialist Party has shown solidarity with members of the IWGB in York.

In 2020, we supported the Deliveroo riders in their boycott of the Five Guys burger chain outlets in the city. This action was targeted specifically at the unpaid waiting times when picking up orders from these outlets. This can be anything from 15 to 30 minutes. This means that riders are not only not being paid for that time, but the number of jobs they can complete during a shift is also affected.

In York, several speakers showed their support for the strikers’ action, including Iain Dalton, a member of the Socialist Party and retail union Usdaw.

Deliveroo and Uber Eats workers in Wolverhampton took part in the national strike organised by the IWGB union on 7 April.

One courier who had been with Deliveroo for three years reported how his per-delivery rate had gone down by almost half in that time, the £2 fee taking no account of time spent waiting at restaurants or difficulties reaching the customer at the other end. Another talked about regularly working 80-hour weeks with less than minimum wage to show for it after vehicle costs.

It wasn’t lost on them that the shareholders making a tidy sum from Deliveroo being listed on the stock market wouldn’t have too much experience of making deliveries at all hours of the day and in all kinds of weather!