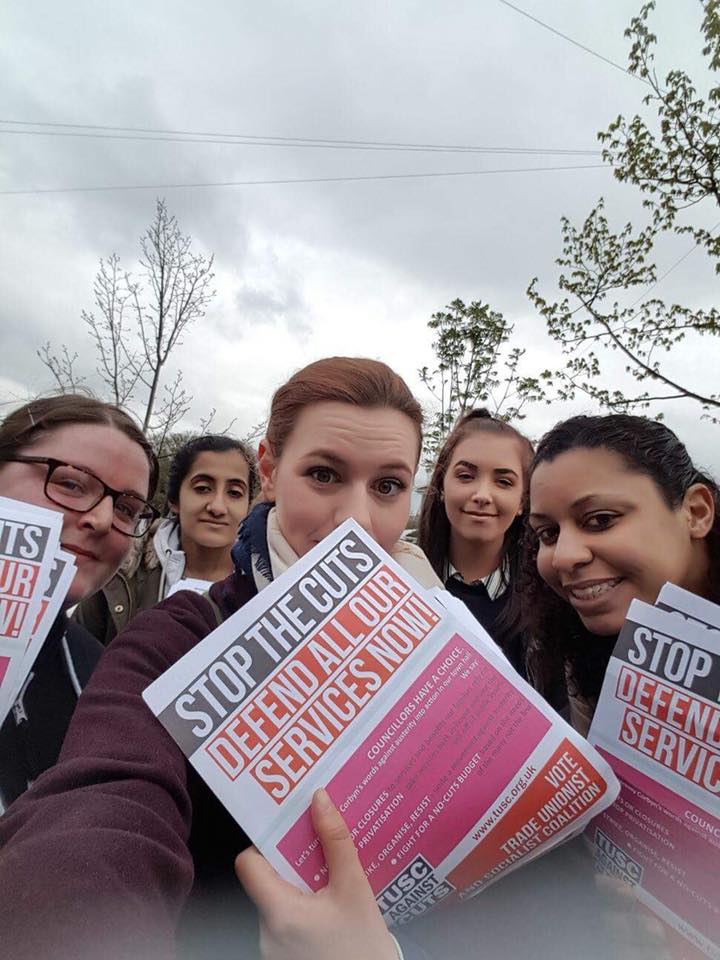 Vote TUSC for a strategy and programme to defeat Covid austerity 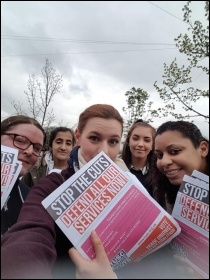 What would you put on your election leaflet if you were a candidate for the Tories or Starmer’s Labour? Would you offer your party’s programme of cuts to jobs and services, privatisation, and prioritising the interests of big business and not working-class and young people? Probably not.

The 300+ candidates standing for the Trade Unionist and Socialist Coalition (TUSC), including many Socialist Party members, have a no-cuts programme – and record of fighting for it in our workplaces, campuses and communities. But there has been an echo of some elements of this programme from unexpected quarters.

Despite the lockdowns there have been many movements and protests: Black Lives Matter, NHS workers fighting for a pay rise, the struggle to end violence against women, defending the right to protest, and more. TUSC candidates have participated in all. These movements have already made an imprint on society, the election included.

But this is not straightforward. There is no mass party that has the programme and organisation to offer protesters a political voice in opposition to the injustices and inequalities, including class inequality, they seek to challenge. But many parties are opportunistically attempting to claim that role.

Labour under Corbyn remained ‘two parties in one’ – a pro-capitalist party, and a potential anti-austerity party based on Corbyn’s supporters. But that era is now over with Starmer’s takeover. The building of a new mass workers’ party remains an urgent task for these and future movements.

Nonetheless, some of the ideas raised by the movements and workers’ struggles over the last year have found their way into the election material of pro-capitalist candidates. What does this mean?

It is important that the workers’ movement assesses all parties and candidates on what they put forward in the election – but it must also judge them on their wider programme, their leadership and membership, their structures, and how decisions are made and programme formed, as well as their record and origins.

Keir Starmer has spent the last year purging socialists from the Labour Party, including Jeremy Corbyn. But the Starmer-imposed candidate for Liverpool mayor, Joanne Anderson, declares it a “socialist city” and talks about being a socialist in hustings.

However, her candidacy rests on the barring of locally selected candidates by Starmer’s HQ. Her record is being part of a council that has cut an estimated 63% of the council’s budget, including 3,600 jobs, without a challenge to Tory austerity.

Despite her words, she has nothing in common with the socialist history of the city when Militant, the Socialist Party’s predecessor, led the council and instead of making cuts, won back millions of pounds stolen by the Tories, to build council homes and more.

Defending council housing has always been in the Socialist Party’s programme. Now it’s being mentioned by many – including Anderson – but without a plan to make it happen on the mass scale needed.

What sets TUSC candidates apart is not just what we say we want to deliver for the working class and young people who have suffered a decade of austerity and decades of privatisation. TUSC candidates are committed to voting against all cuts. And that requires a programme to fund the needs of the community.

TUSC candidates have pledged to support councils in the first instance using their reserves and prudential borrowing powers to avoid making cuts. But we argue that the best way to mobilise the mass campaign that is necessary to defend and improve council services is to set a budget that meets the needs of the local community and demand that government funding makes up the shortfall.

TUSC candidates are committed to using any elected position to build a mass, united struggle for that government funding. That includes support for all workers’ struggles against government policies which make ordinary people pay for the crisis; and the fight for a united working-class struggle against racism and all forms of oppression.

In London’s mayoral contest, Labour incumbent Sadiq Khan appears to have had a Damascene conversion on the road to the electoral offices when he delivered his submission to the candidates’ booklet. Council homes, rent control and ‘rejecting government cuts’ to Transport for London all feature. This bears no resemblance to his record in office. Private rents in London are sky-high and very few council homes at a ‘social rent’ have been built in London in the last five years. London’s transport system is already horrendously expensive, yet Khan’s recently commissioned independent review looks towards “three groups to provide additional funding: residents, consumers, and drivers.” In short, they expect working-class Londoners and transport workers to pay for the transport financial crisis.

In 2018, Socialist Party members, including a pensioner, were physically removed from a public Question Time event in London’s City Hall after raising the need to build council homes in a project over which Khan had a decisive say.

Last week, the Unite union organised a lobby of City Hall, calling for an end to ‘fire and rehire’ on London buses. Not only could those trade unionists not rely on their demands being taken up by the politicians with a say over what happens in London, they have no say over the programme on which Khan stands, despite their union being a major donor to Labour. Khan is a pro-capitalist politician who does not stand for a transfer of power to working-class people, instead welcoming more billionaires into London when he first stood.

With Corbyn as leader, the Socialist Party put forward the need to transform the Labour Party to fulfil its potential as a vehicle to fight austerity – including the need for the trade unions to be returned to the heart of the party – but this did not happen. Those involved in TUSC fight for a central role for trade unions within it and any future mass workers’ party.

Socialists offer a real political alternative. The starting point is an end to austerity – which is a direct wealth transfer from the working class and poorest to the richest through cuts to jobs, services and benefits.

But Socialist Party candidates also explain that under capitalism it is not possible to deliver the programme we need permanently. Our candidates’ leaflet therefore says: “We need a socialist transformation of society. Instead of handouts to the bosses, we call for the major firms and banks that dominate the economy to be brought into democratic public ownership. Production and services could then be planned by workers to meet the needs of all.”