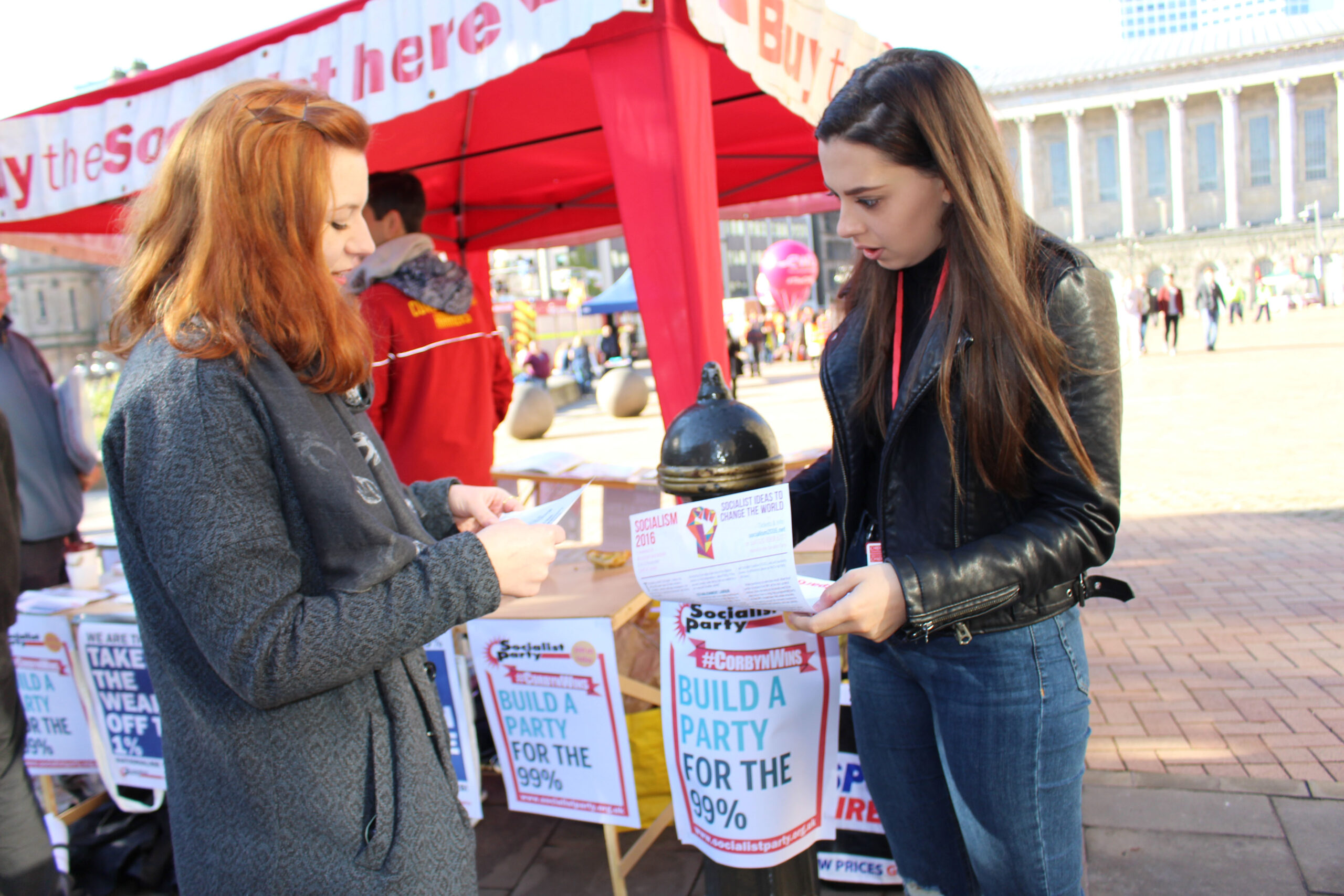 Home Building the Socialist Party To get Socialist ideas out there, we need to have the funds
Facebook
Twitter
WhatsApp
Email
Print

Congratulations to members of the South West region of the Socialist Party who have already smashed through their fighting fund target thanks to over £2,000 already paid in from the £3,500 pledged at their regional conference. Socialist Party members’ in the Northern region are also very close to reaching their target having raised over £700 at a regional public meeting.

With the easing of lockdown, more and more Socialist Party activists are starting up their regular campaign stalls and getting a really good response. We are the only ones putting forward a real alternative. The Socialist Party is confident that we’ve got the ideas and the programme to fight austerity, cuts and the misery of capitalism.

But for us to get our ideas out there, we need to have the funds. The Socialist Party branch in Stevenage raised £12.55 campaigning for a decent pay rise for NHS and care workers. Campaigning on the same issue in Pontypridd raised £37.40. Socialist Party members in Mansfield raised £17.60 on their public stall while campaigning in the elections as part of the Trade Unionist and Socialist Coalition.

These are just a few of the reports we have received from recent Socialist Party campaigning activity.

Surrey Socialist Party is continuing to get a good response to the Socialist Party election appeal, sending in a further £100. We also received a £10 donation from Mick Clarks who says: “I have something to vote for now.”