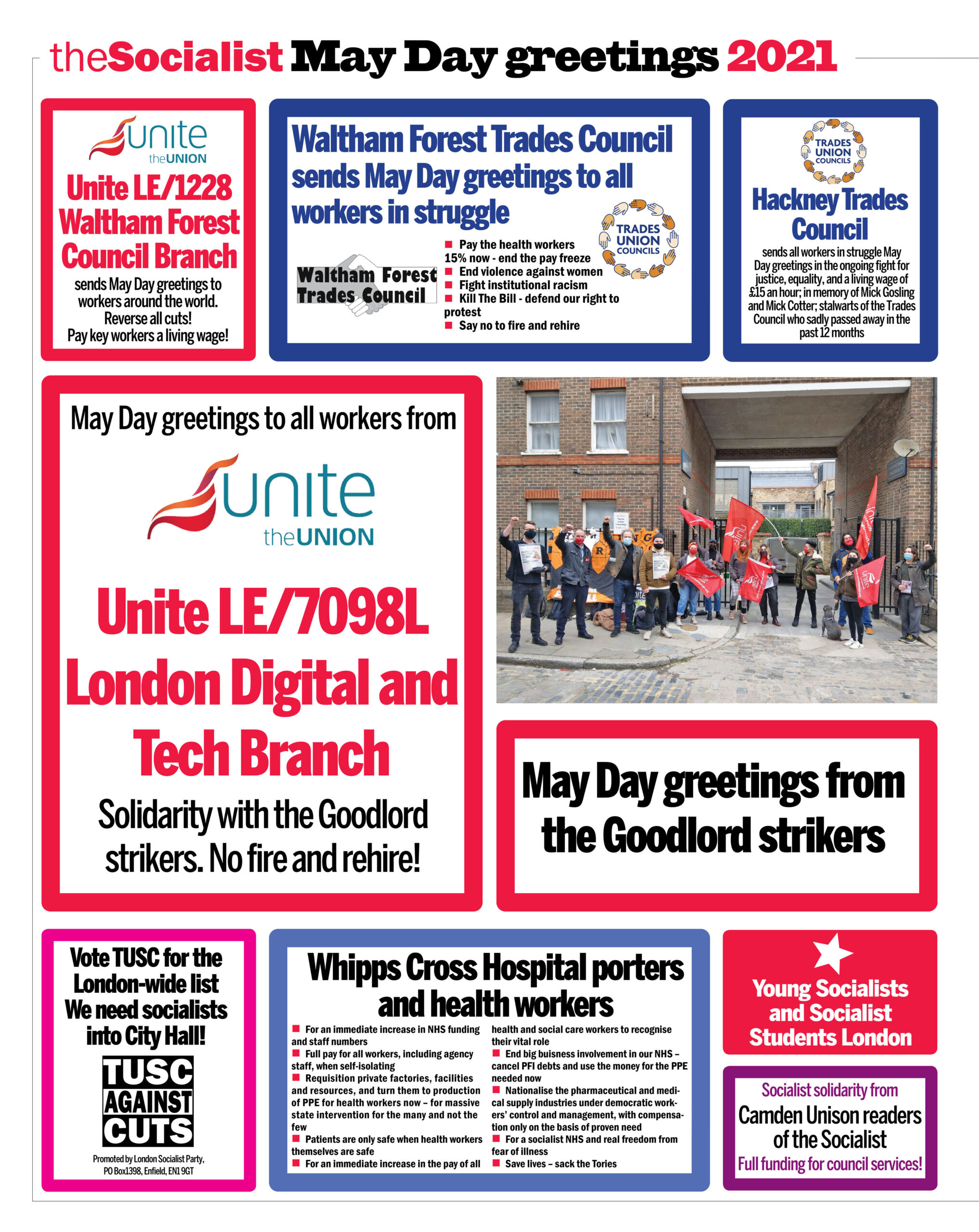 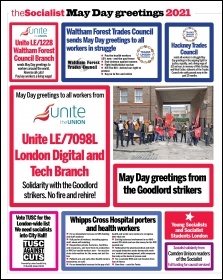 May Day is an annual celebration of workers’ struggle against capitalism.

The Socialist Party’s links with the organised working class – the agent of socialist change – are fundamental to our work. Each year, we ask groups of workers and trade unionists to support the Socialist newspaper and its ideas by financing a May Day greeting.

There couldn’t be a more poignant time to mark two of the most important dates in the calendar of the labour and trade union movement. On 28 April, International Workers’ Memorial Day will be commemorated while on 1 May, May Day – the global Workers’ Day – will be celebrated. Both days will bring home the two primary challenges facing workers and their unions – the need for workplace safety during Covid, and the fight against the offensive of the bosses and their Tory government.

There has never been a more important time for workers to be organised in a union, in the fight for our lives and livelihoods. A year ago, too many at leadership level in the unions capitulated to the idea of ‘national unity’ with Johnson’s government and the employers, calling off action and suspending disputes. But the brutal ‘fire and rehire’ that has sacked hundreds of British Gas workers, and been rolled out in many other sectors, has shown once and for all that there is no common cause with the bosses and we have to be organised for the fight of our lives.

And workers are showing that they are up for the fight. Not only are the number of strikes increasing but so is their intensity, with more days of action and many going on indefinitely. We have to use the platform of May Day to spread the word about the disputes that are building and the need for the unions to fight together. The motto for International Workers’ Memorial Day has never been more important “remember the dead and fight for the living”.