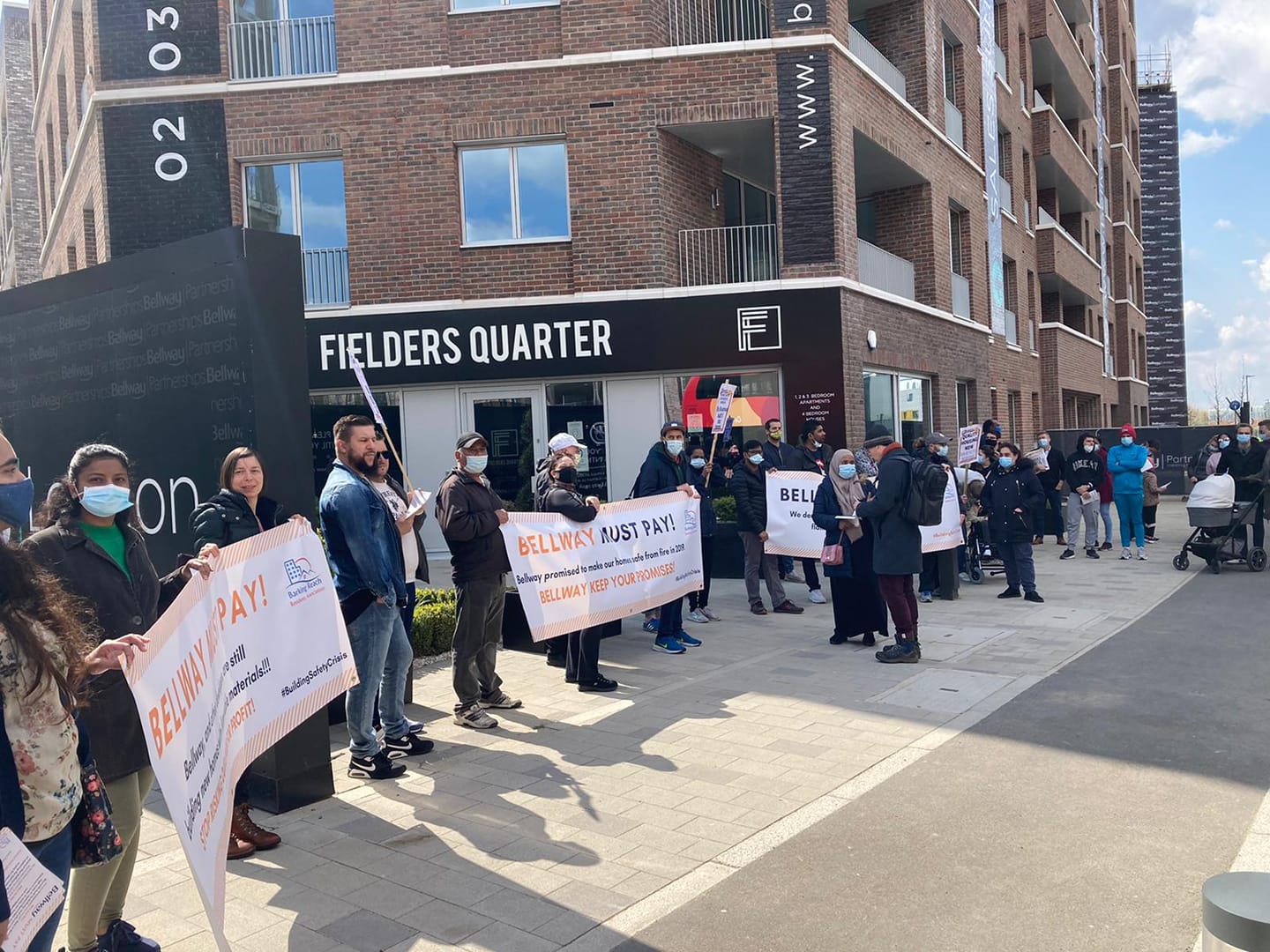 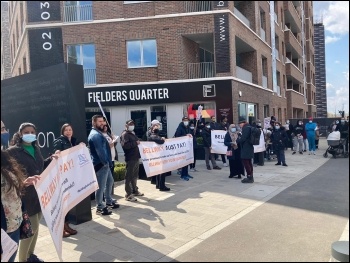 Protesting at Bellway Housing 1 May 2021   (Click to enlarge: opens in new window)

On 1 May more than 60 residents of the Caspian Quarter gathered outside Bellway’s Barking showrooms to protest about the property developer’s failure to replace flammable balconies. Local Trade Unionist and Socialist Coalition candidate and Socialist Party member, Pete Mason addressed the crowd who were shouting: “Bellway must pay!” and “Make our homes safe!” Pete has led the campaign against flammable cladding and balconies since the Samuel Garside House fire in Barking, 2019.

In the immediate aftermath of the Samuel Garside fire, Bellway agreed to replace the balconies at no cost to the residents, but they have so far made no effort to do so.

The government’s recently passed Fire Safety Act does nothing to assist leaseholders in the Caspian Quarter. The £5 billion pledged by the government to remove dangerous cladding incomprehensibly only applies to buildings over 18 metres tall, and lets the big property developers like Bellway off scot-free to continue to rake in billions in profits.