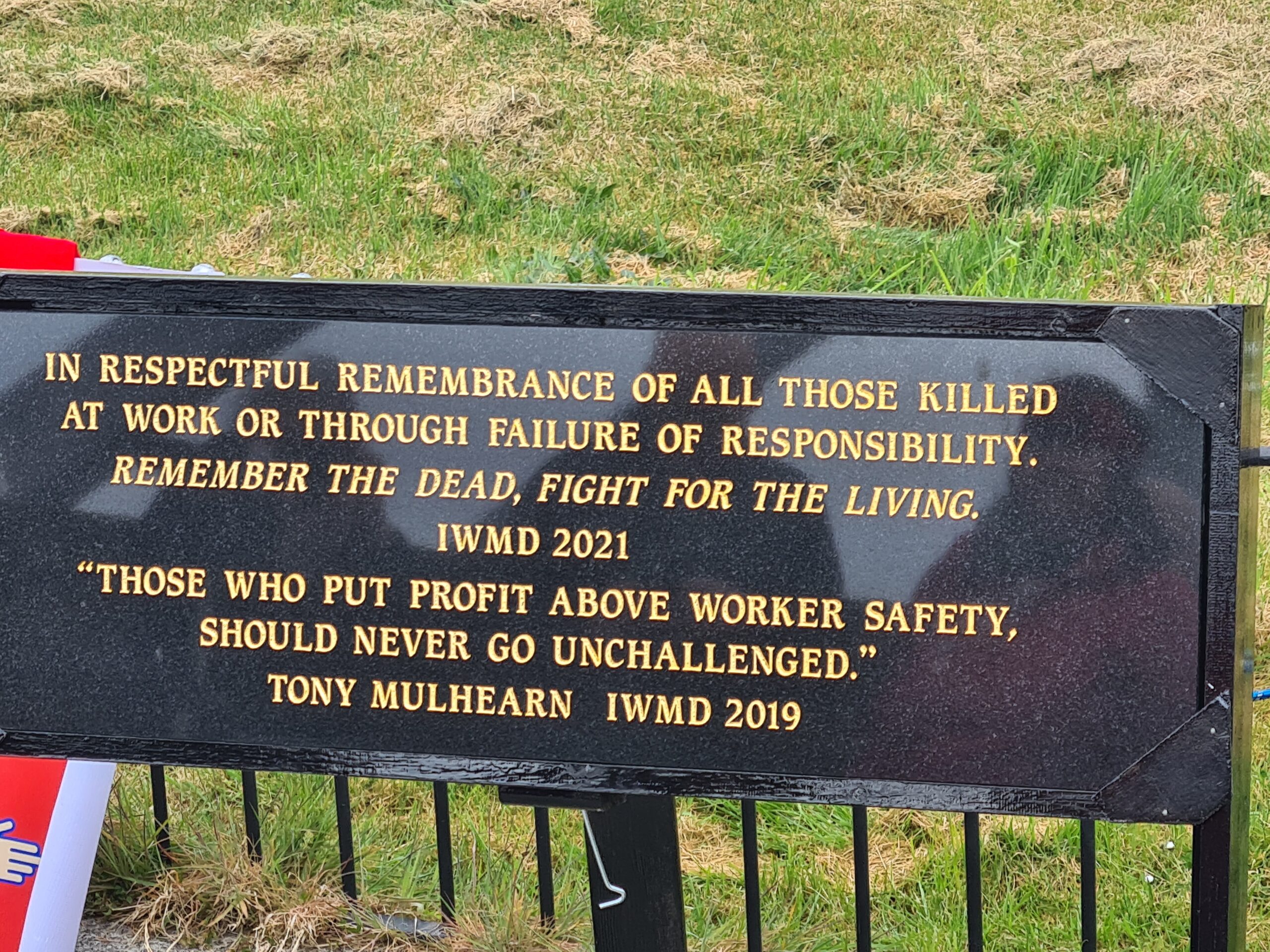 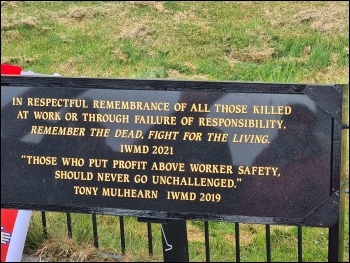 On International Workers’ Memorial Day (IWMD), 28 April, a plaque dedicated to Tony Mulhearn was unveiled in Liverpool with his family present.

Inscribed on the plaque are Tony’s words when he spoke at the IWMD event in 2019: “Those who put profit above worker safety should never go unchallenged.” Tony announced at that meeting that he was suffering with pulmonary fibrosis, which is an incurable lung disease.

Tony’s family were presented with a copy of The Ragged Trousered Philanthropist by the event organiser John Flanagan. The plaque will be permanently erected later in the year at St Georges Dock Building near the waterfront.