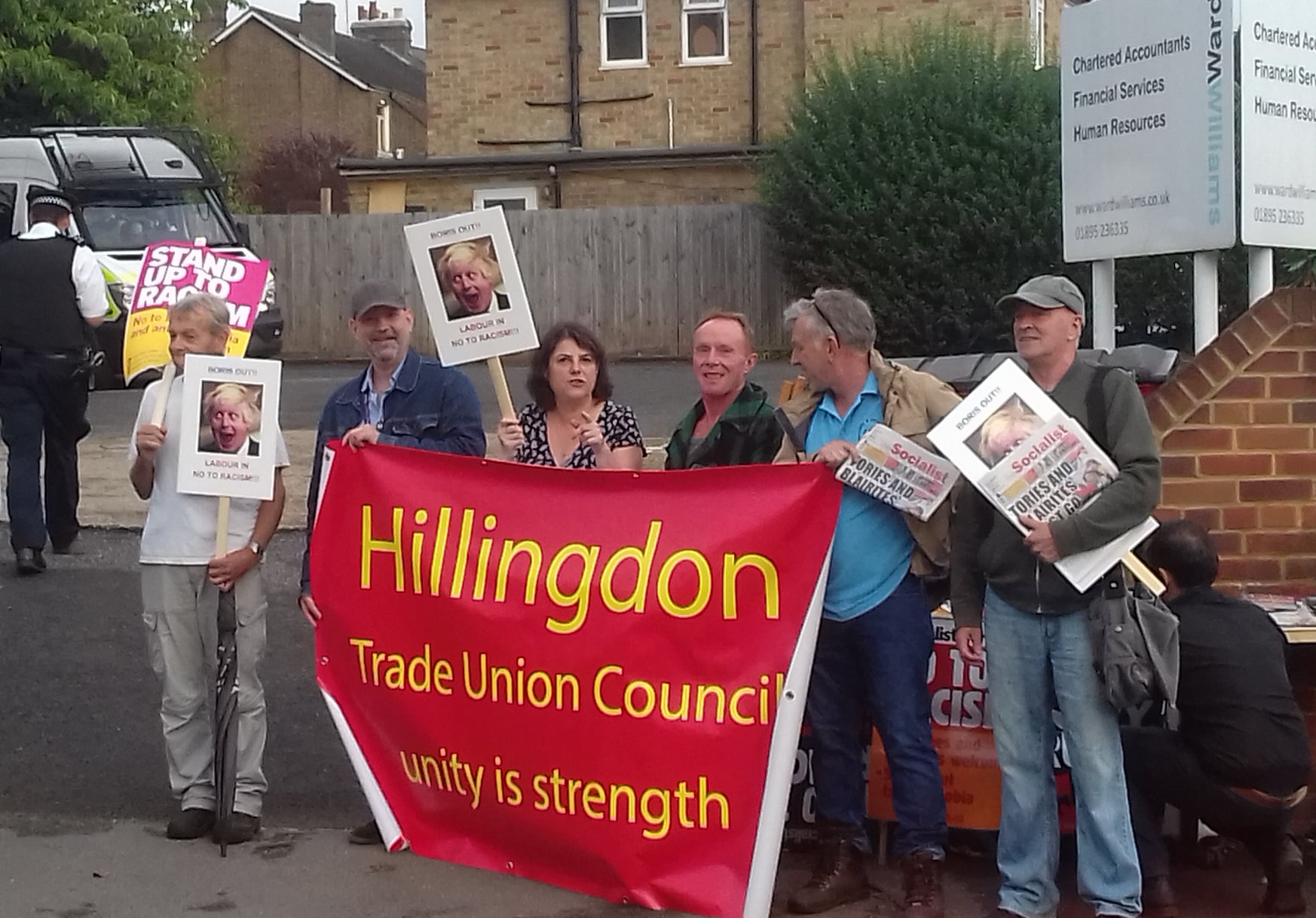 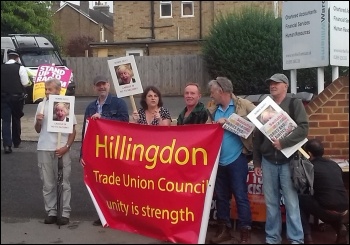 Jon died on 4 May at Michael Sobell hospice at Mount Vernon Hospital where he was being treated for cancer. He was 65. We send our condolences and solidarity to his wife Maggie and sister Heather.

Jon was pivotal to the relaunch of Hillingdon Trades Union Council (TUC) in north west London, to which he gave his time and energy. He was a union rep for Unite local government (he worked as a grounds keeper on Hillingdon Borough golf courses) and latterly for Unite community, and was a steadfast supporter of the campaigns that Hillingdon TUC were involved with.

Jon was also a recognisable figure on many national demos with his homemade t-shirts printed with his own sometimes cutting slogans. These were often the subject of interest for national media.

If there was a campaign to support, Jon would be there to support it. A slight figure due to fighting bouts of cancer throughout his life, he would often turn up astride a monster Kawasaki motor bike, which was another passion of his.

Jon was a true socialist, and had no time for those who he viewed as careerists within the movement. For Jon, action spoke louder than words and he led by example, and it is an example we will strive to follow. We will miss you – RIP comrade.