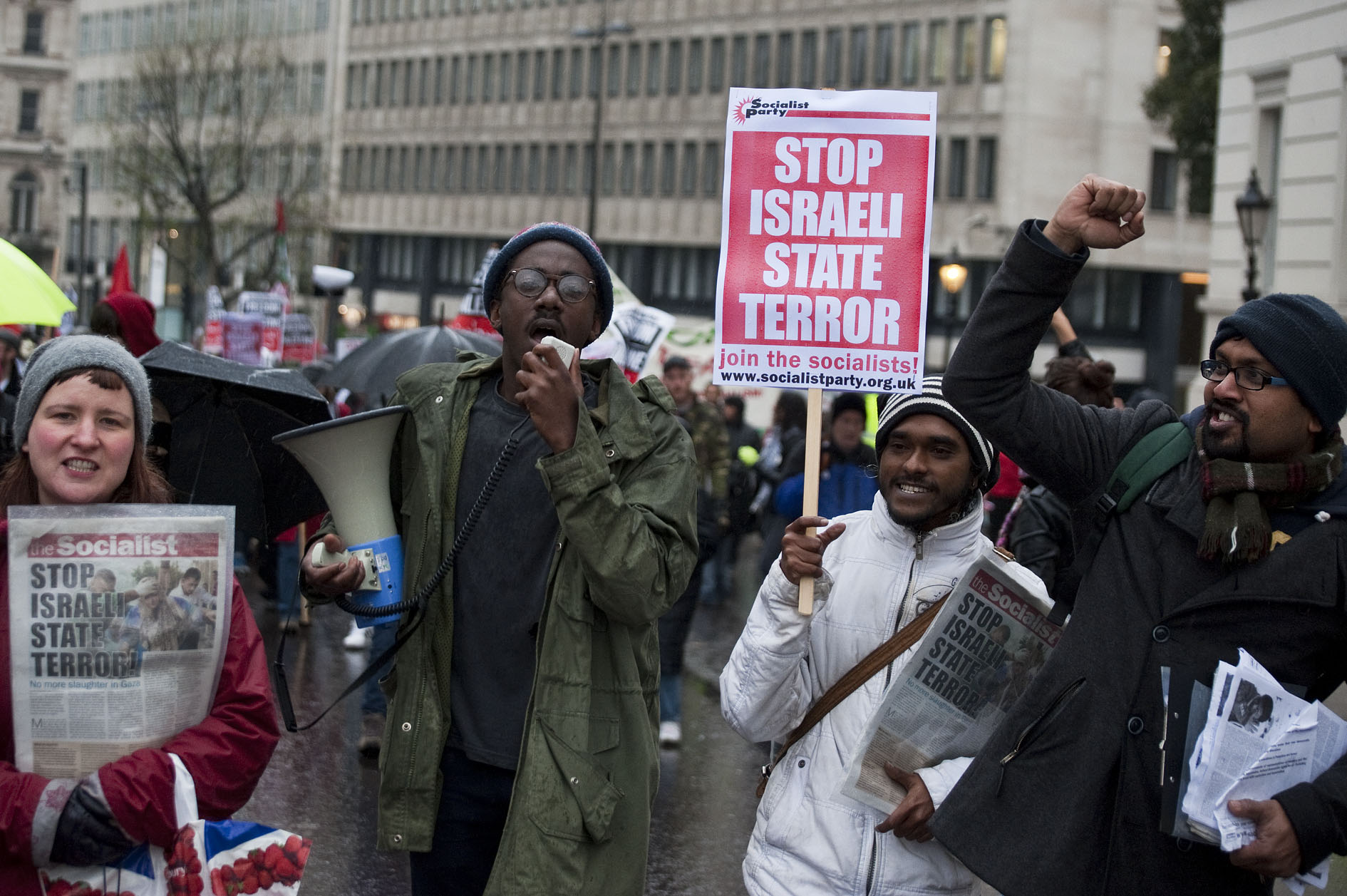 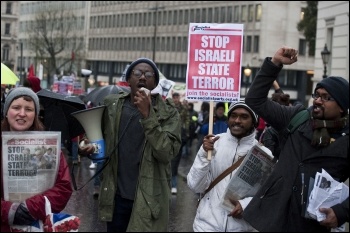 In April, Israeli security forces erected barriers to prevent Palestinians from congregating next to the Damascus gate into the old city – gatherings that are usual during Ramadan. This led to an outbreak of Palestinian protest, which was met with heavy repression. The protesters were able to celebrate a victory when the barriers were subsequently removed.

At the same time, there have been protests against threatened ‘ethnic cleansing’ home evictions of Palestinian families in nearby Sheikh Jarrah. The Israeli police and security also used appalling brutality there – including stun grenades – against protests of unarmed, young Palestinians.

Then, on 10 May, amid right-wing Israeli nationalist provocations – including attempts to hold ‘Jerusalem Day’ events that annually ‘celebrate’ the 1967 seizing of East Jerusalem – police fired rubber bullets, stun grenades and tear gas into hundreds of Palestinians in the al-Aqsa mosque compound, causing serious injuries.

This outrageous escalation – at the third holiest site in Islam and in the last week of Ramadan – inflamed anger even further across East Jerusalem, the West Bank, Gaza and beyond.

In response, right-wing Hamas forces and other Palestinian militias fired a new round of rockets and incendiary balloons into Israel. It was the ‘excuse’ Benjamin Netanyahu’s caretaker Israeli government jumped on, to launch high-tech missile of strikes on Gaza, which slaughtered over 20 people, including children.

The Israeli authorities blamed some of those deaths on an alleged misfire of a Hamas rocket. While that can’t be discounted, few will believe it given the massive disparity between Israel’s military firepower and the relatively low-tech rockets of Hamas, and also when recalling the terrible death toll of Palestinians in previous wars on Gaza.

A significant background to these events is the inability of Netanyahu to form a new coalition government after failing to achieve a majority in each of four successive Israeli general elections. His Likud party and allied parties on the right and far right don’t stop short of destabilising national relations to suit their agenda of posing as the strongest defenders of ‘law and order’.

For instance, on 10 May, the head of the religious Zionist party, Bezalel Smotrich, provocatively visited Sheikh Jarrah and called for even tougher measures there against the Palestinian protesters. He pointedly said: “We must form a stable government that will clarify who’s in charge of the state of Israel.”

As well as the brutal military occupation, they suffer high levels of unemployment, poverty and lack of services. None of the pro-capitalist Palestinian-based parties can improve their lives in any of these respects, never mind end them. And the so-called ‘international community’ of capitalist powers have also shown their bankruptcy regarding a way forward.

Rockets and individual indiscrimate ‘terror’ attacks show the desperation but are not the answer. They only bring down greater repression and alienate the Israeli Jewish working class, who need to be won to a socialist solution of national rights and decent living standards for both sides of the divide.

Security for the Jewish population won’t be achieved by military means, nor will it be achieved by looking to any of the many brands of Israeli pro-capitalist politicians for another solution. Israeli Jewish workers – together with the Palestinians they live and work amongst – will need to build their own party, completely independent of capitalist interests.

For the Palestinians in the occupied territories, an urgent task is the development of democratically run local committees to organise actions and defence. They cannot look to Fatah or Hamas, neither of whom have answers. Such committees could build further on the recent successes achieved by mass protests – the latest two being postponement of a court hearing that was pursuing the home evictions and cancellation of the Jerusalem Day march which intended to go through the old city.

With workers’ parties, Palestinian and Israeli, adopting a programme for a socialist Palestine alongside a socialist Israel – as part of a socialist confederation of the Middle East – the capitalist nightmare of cycles of death and destruction could be brought to an end.

Public meeting: Israel-Palestine flare-up – how can the conflict be ended?