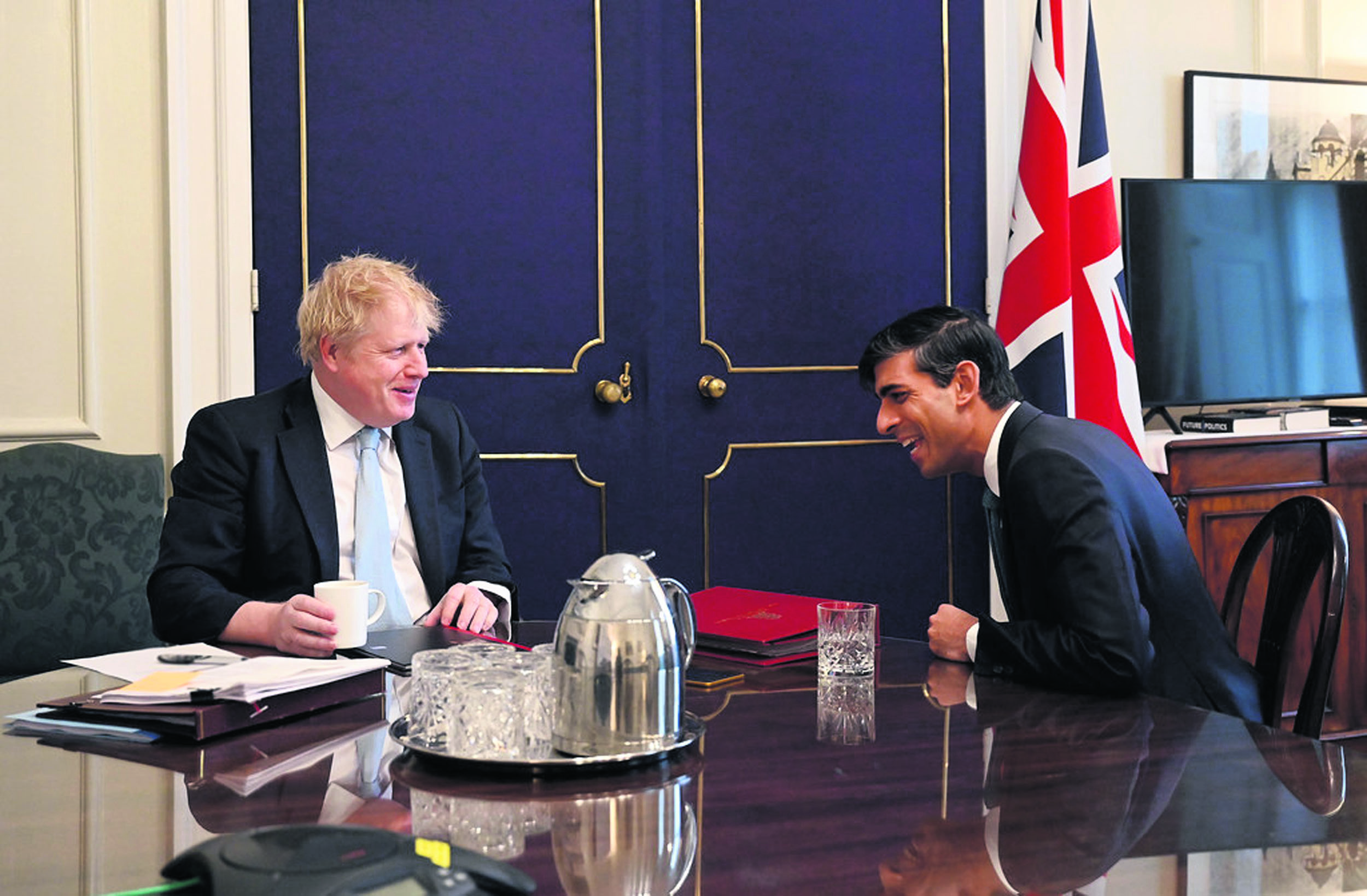 Editorial of the Socialist issue 1134

Coming hot on the heels of the 6 May election results, the Queen’s Speech has confirmed the Socialist’s election analysis: the local election and mayoral gains made by the Tories in England will be fleeting, because they will be totally incapable of fulfilling their empty promises to improve the lives of working-class people.

Where is the content to Boris Johnson’s vacuous rhetoric of ‘levelling up’ and ‘building back better’? Certainly not in the 25 bills announced in parliament. With the ‘skills and education’ bill you can undergo training, but only if you are prepared to sink into debt, with no guarantee of a job at the end of it.

The Tories are once again presenting themselves as a party for workers. But it will still be legal for bosses to fire workers and rehire them, having shredded their pay and conditions.

Freeports will mean a green light to drive down conditions to the lowest possible level. The promised legislation on protecting employment rights has been ditched because of opposition within the Tories, voicing the demands of the big business interests they really represent.

The government also plans to grab planning controls from local councils – not to build genuinely affordable social housing for working-class people, but to allow rapacious developers to profit from luxury housing.

And what happened to the ‘oven ready’ plan for social care? Delayed, because the Tories can’t agree on how it should be paid for.

While they were prepared to do ‘whatever it takes’, borrowing billions to make sure they and their profit system survived Covid, there are clearly deep divisions over post-pandemic spending and taxation.

Johnson, backed by ‘red wall’ Tory MPs, is prepared to flirt with limited tax increases on big business and the rich to fund public spending and to try and prolong support from their new electoral base. Others around chancellor Rishi Sunak are opposed to any incursions, however limited, into the wealth of their traditional supporters.

These and other divisions could explode to the surface at any time – shattering the illusion of Tory unity, especially when any post-lockdown economic recovery is revealed to be shallow and ephemeral.

To distract from the hollowness of what is really on offer, the Tories have dished out headline-grabbing bills on voter ID, immigration, ‘freedom of speech’ in universities, etc. And to prepare for the inevitable social explosions on the horizon the policing bill is being reintroduced in an attempt at clamping down on the right to protest.

More ‘Kill the Bill’ demos are likely. But even if the bill passes in parliament it will not succeed in its aim of curbing protest, such will be the growing anger of workers and young people at mounting attacks on living standards, public services and democratic rights.

As we said in our post-election analysis, Tory wins in former Labour strongholds reflected a haemorrhaging of support from Keir Starmer’s ‘under new management’ Labour rather than a stampede of working-class people enthusiastically transferring their vote to Johnson’s Tories. This was crystal clear in Hartlepool, where the Tory vote increased by just 1,200, while the Labour vote went into freefall, with 13,000 former voters deserting them.

The Labour Party under Starmer is no more a party for workers than the Tories are, despite its trade union affiliates. Under Corbyn’s leadership, Labour had an already costed and worked-out social care policy that has now disappeared into the ether, along with the rest of the popular pro-working class policies in Corbyn’s manifesto. The need for mass political representation for working-class and young people, in the form of a new party with the trade unions and organised workers at its core, has never been clearer.

The trade unions are, in effect, in an abusive relationship with Labour. Starmer has refused to come out in opposition to ‘fire and rehire’ just as he opposed education workers when they took action over school Covid safety in January.

Ex-Labour leader Tony Blair and his side-kick Peter Mandelson, who increasingly has Starmer’s ear, have called for a complete “deconstruction and reconstruction” of the party. For Mandelson this means “hard-left factions seeking to control our largest trade unions should not have a guaranteed place in the governing counsels of the party”.

The suspension of Howard Beckett, Unite assistant general secretary and one of the union’s representative on Labour’s national executive committee, is a sign of what is to come.

It’s not easy to make the break from an abusive relationship. But following the decision of the RMT transport union’s executive that the Trade Unionist and Socialist Coalition (TUSC) should resume standing candidates in elections, over 300 stood on 6 May.

This marked an initial but important step in giving confidence to trade unionists that an independent workers’ electoral challenge is possible, and that a mass workers’ party can be built in the future if a lead from the trade unions is forthcoming.

We are still at an early stage in this process. But the number of trade unionists who stood under the TUSC banner, the record applications by workers to get involved in TUSC, and the support that TUSC’s electoral challenge and the need for a socialist political alternative obtained from striking workers on picket lines during the election, are all signs of how pressure will grow within the unions for their leaders to take the initiative in building a new mass workers’ party.